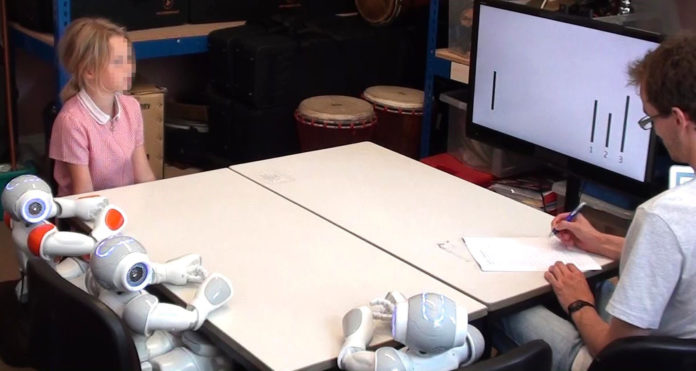 When kids were asked if certain lines are longer or shorter than others, they deffered to the robots’ answers. (Credit: Tony Belpaeme / Ghent University)

Those of us of a certain age may recall the D.A.R.E. program wafting through our classrooms like so many puffs of smoke. In addition to the evils of drugs and alcohol, and the importance of just saying no, the program highlighted the power of peer pressure. No matter how much our friends and classmates might say something’s cool, we shouldn’t be swayed if we don’t want to try it!

It turns out that kids aren’t just susceptible to regular old peer pressure. According to a study published Wednesday in Science Robotics, apocalyptically titled “Children conform, adults resist,” they’re even vulnerable to robot peer pressure. Truly, the future has arrived. 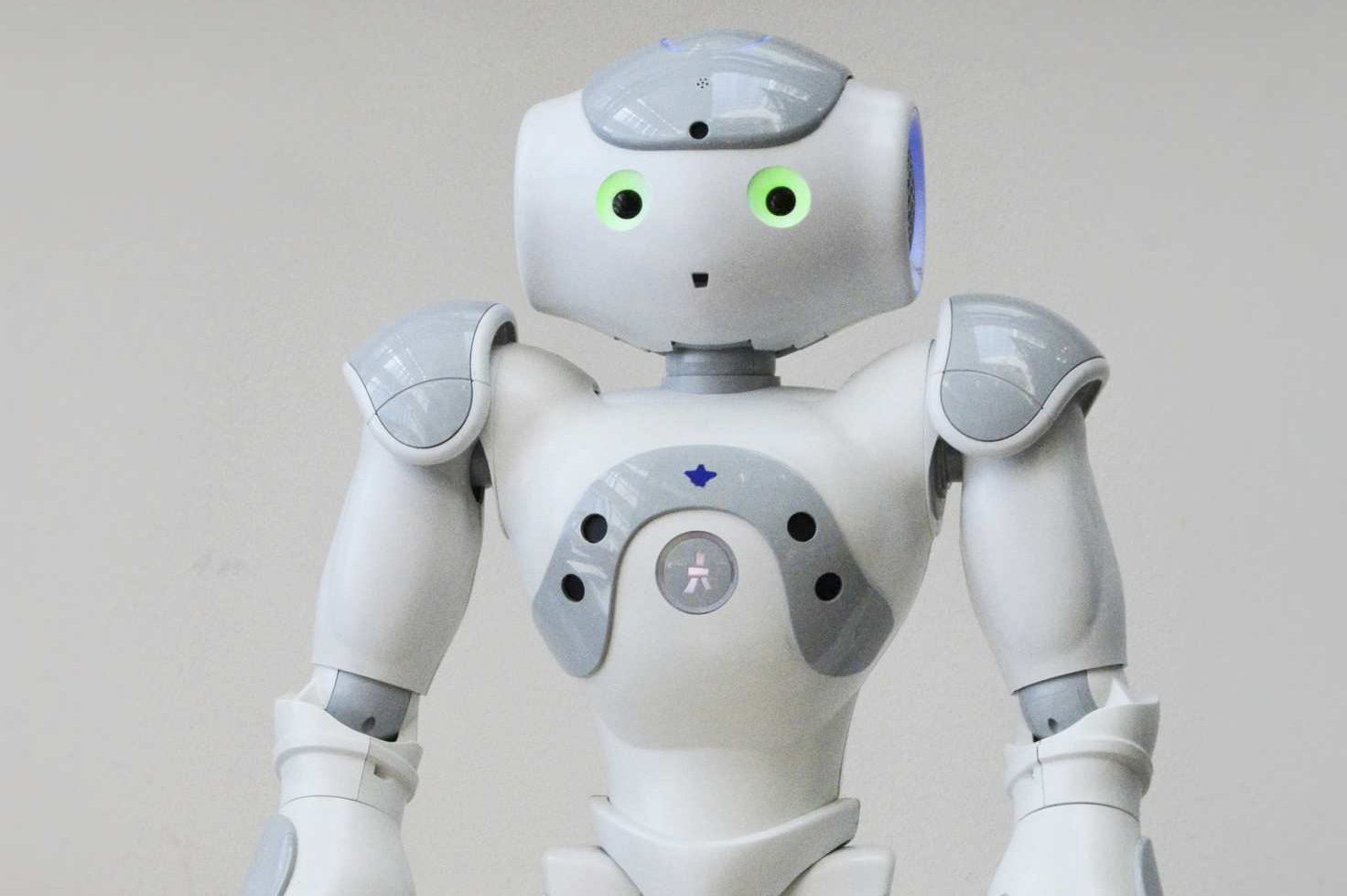 Let’s be clear. These aren’t digital-only bots that have no physical body.

In this experiment, European researchers literally sat down 43 children (ages 7 to 9), one at a time, at a table with three “small humanoid robots.” They asked the kids, and robots, to answer visual questions — “Which of these lines is the same length as that one?” — and when the robots all gave a wrong answer, the kids would too. The authors say the children were “significantly influenced” by their robot peers,” and 74 percent of the kids’ wrong answers were actually the same wrong answer as the robots, word for word.

(The paper actually refers to the robots as confederates, since they’re secretly collaborating with the researchers. It’s the typical language for this type of social test, but does nothing to quell the research’s unsettling vibes.)

The researchers also tested 60 adults, but they fared much better against the robots. “Adults do not appear to normatively conform to the humanoid robots used in the study,” they wrote, seemingly wistfully.

Adults did succumb to regular peer pressure, from other adult humans, so at least we know the test was valid for them. Since it’s harder to test children, the researchers pit them against robots only, and not human peers. In all cases, when the robots gave the right answers, so did the test subjects, so we can’t just blame the kids’ robot-peer sensitivity to a particularly weird day at school.

It might all sound silly (and I didn’t even mention that the robots were “individualized with outfits”!), but this is actually sound and important research. The researchers point out that social robots already exist in such capacities as museum tour guides, therapeutic aids in elder facilities and even early childhood education, with robotic teaching aids already visiting classrooms.

The paper highlights an idea that researchers call the “computers as social actors” hypothesis. It suggests people will “naturally and unconsciously treat computers and other forms of media in a manner that is fundamentally social, attributing human-like qualities to technology.” But we still don’t know too much about just how far it extends.

By determining that adults don’t conform to robot peer pressure, but kids do, the researchers have shown it’s possible to manipulate children with these robots, either inadvertently or maliciously.

“A future in which autonomous social robots are used as aids for education professionals or child therapists is not distant,” the authors write. In other words, the robots are coming — our kids should be ready for them, and confident in their ability to just say no.

Is Harmful Corporate Research Ever Justified?

GizmoCrazed - February 1, 2018 0
The recent allegations that researchers funded by the German car industry tested the effects of diesel fumes on humans and monkeys has raised serious...

Even China Roundly Condemns Editing the Genes of Babies