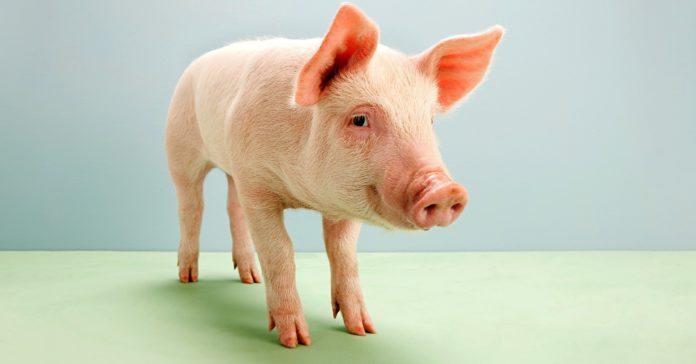 The lungs in Joan Nichols’ lab have been keeping her up at night. Like children, they’re delicate, developing, and in constant need of attention, which is why she and her team at the University of Texas Medical Branch at Galveston’s Lung Lab have spent the last several years taking turns driving to the lab at 1:00 am to check that the bioreactors housing their experimental organs are not leaking, that the nutrient-rich soup supporting the lungs is still flowing, or that the budding sacs of tissues and veins have not succumbed to contamination. That last risk was a persistent source of anxiety: Building a lung requires suspending the thing for weeks on end in warm, wet, fungus friendly conditions—to say nothing of the subtropical climate of Galveston itself. “In this city, mold will grow on people if they sit still long enough,” Nichols says.

But their vigilance has paid off. In 2014, Nichols’ team became the first to bioengineer a human lung. A year later, the researchers implanted a single lab-built lung into a pig—another first. They’ve grown three more pig lungs since, using cells from their intended recipients, and transplanted each of them successfully without the use of immunosuppressive drugs. Taken together, the four porcine procedures, which the researchers describe in this week’s issue of Science Translational Medicine, are a major step toward growing human organs that are built to-order, using a transplant recipient’s own cells.

A bioengineered pig lung after 30 days of growth in a bioreactor.

Bioengineering a lung is a bit like modeling with clay: Like a sculptor uses a wire armature to lend his creation form, Nichols’ team grew the tissues and blood vessels of their lab-grown lungs atop a framework of tough, flexible proteins. The researchers got that scaffolding secondhand, harvesting whole organs from dead pigs and bathing them in a concoction of sugar and detergent to strip them of the cells and blood of their previous owners like a coat of varnish from an old table.

Nichols calls the milky mass that remains the organ’s skeleton: It’s made mostly of collagen, which lends the lung strength, and elastin, which makes it flexible. Each scaffold goes into a bioreactor—one of the containers Nichols and her team built from scratch to house each of the proteinous blobs. The earliest models were little more than spruced-up fish tanks; the latest iterations still incorporate parts purchased from Home Depot.

A bioengineered pig lung suspended inside a bioreactor. The lung was positioned so Nichols and her team could monitor the placement of catheters in the trachea, pulmonary artery, and pulmonary vein.

Its humble origins notwithstanding, each bioreactor plays a vital role. “It lets you provide the organ with growth factors, media, mechanical stimulation,” says pediatric anesthesiologist Joaquin Cortiella, who co-leads the Lung Lab with Nichols. Its job is similar to that of a placenta, allowing the lung to develop in a warm, cozy, nutrient-rich environment for 30 days before it moves to the thoracic cavity of a living, breathing pig, nestled neatly beside the animal’s original lung.

A diagram of the bioreactor shows how it connects to the microfluidic, pumping, and waste disposal systems.

Growing a lung in a bioreactor for a month is a significant accomplishment, says bioengineer Gordana Vunjak-Novakovic, director of the Laboratory for Stem Cells and Tissue Engineering at Columbia University, who was unaffiliated with the study. In an email to WIRED, she said that previous lab-grown lungs have spent a lot less time in culture before being transplanted. The extra time allowed Nichols’ and Cortiella’s bioengineered lungs to grow more blood vessels, the underdevelopment of which “is a major current limitation of lung survival,” said Vunjak-Novakovic. In past studies involving smaller animals, transplant recipients have died within a matter of hours due to fluid accumulation in the lungs. By contrast, the vasculature in Nichols’ and Cortiella’s organs allowed the pigs who received them to survive as long as two months post-transplant without any observable complications.

It’s unclear how the pigs would have fared beyond two months. The four animals in this study were euthanized 10 hours, two weeks, one month, and two months post-surgery, so the researchers could examine how each bioengineered lung had developed inside its recipient following transplantation. All signs pointed to the lungs integrating seamlessly—they continued to develop blood vessels and lung tissues and were colonized by the microbes specific to each animal’s native lung microbiome, all without respiratory symptoms or rejection by the recipient’s immune system.

A big lingering question is how well the bioengineered lungs deliver oxygen. Though each of the pigs had normal amounts of the stuff pumping through their bodies, that could have been the work of the animal’s original lung. The researchers worried the implanted organs were too underdeveloped to risk stopping each research animal from breathing on its original lung, to test the lab-grown one in isolation. That’ll have to wait for future experiments, which Cortiella and Nichols say will involve pigs living for a year or more on their transplanted organs.

Such studies will also require more animals. “It will be interesting to see how robust this technology is, as the number of animals was very low,” said Vunjak-Novakovic. Still, the results are promising. With sufficient funding, Nichols and Cortiella think they could be transplanting bioengineered lungs into humans within the decade.

But first come more experiments—and better, more reliable research facilities. High on Nichols’ wish list is a clean room for the bioreactors, accessible only to researchers clad head-to-toe in bunny suits. She’d like more automated equipment too, which would translate to less manual labor and fewer opportunities for error. And of course, she’s looking forward to the day when she and her colleagues can monitor their lungs remotely via a livestream. Babysitting bioengineered lungs may always be a 24-hour job, but at least with a video monitor the members of the Lung Lab could work remotely.

Amazon patents a drone that delivers a charge to power up...

GizmoCrazed - October 18, 2017 0
A recent Amazon patent could be an answer to range anxiety, albeit one that sounds a bit more sci-fi than practical solution at the...