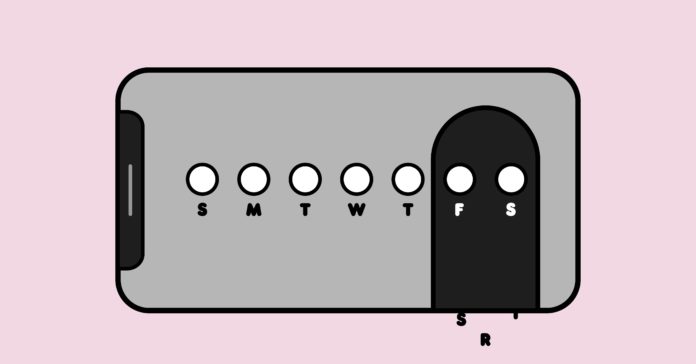 Score one for the quantified self-surveillance movement. Last week, the US Food and Drug Agency approved the first-ever, over-the-counter digital contraceptive—a polished and almost preternaturally upbeat mobile app called Natural Cycles. Basal body temperature readings and monthly menstruation data feed into an algorithm that tells users whether or not they should be having unprotected sex. Like most forms of birth control, it’s not foolproof; the app has been dogged by reports of unwanted pregnancies that prompted two ongoing investigations by European authorities into its Swedish maker’s marketing claims.

The app, which is available without a prescription, boasts more than 900,000 users, or “Cyclers” worldwide, according to the company. And with its new FDA approval—clearing the way for similar fertility and period-tracking apps—the company is expanding operations with a new US office in New York. It also recently added a research team based in Geneva, made up mostly of scientists hired away from CERN. (Natural Cycles’ husband and wife co-founders Elina Berglund and Raoul Scherwitzl began work on the app while she was employed as a physicist at the Swiss particle-smashing facility and he was pursuing research at the University of Geneva.) The new team will search a growing collection of user information for insights, beyond contraception and planning a pregnancy, says Berglund. It’s not exactly the Higgs boson, but it could turn out to be more lucrative.

Women’s health apps are big business, you see. Users pay Natural Cycles a $10 monthly or $80 annual subscription fee, which includes an oral thermometer. But all that industrious tracking of periods, and sex, and basal body temperature—Natural Cycles takes one to three cycles to “get to know you”—is also valuable as a database. Even in its anonymized, aggregated form, pharmaceutical firms, the insurance industry, and marketing agencies are interested.

Natural Cycles’ privacy policy states that in using the app each user grants the company and any of its partners broad rights to “use, reproduce, distribute, modify, adapt, prepare derivative works of, publicly display, publicly perform, communicate to the public, and otherwise utilize and exploit a user’s anonymized information.”

It’s not that different from the privacy policies of other consumer apps, says Christine Bannan, consumer privacy counsel for the Electronic Privacy Information Center. Other popular cycle-tracking apps like Clue and Glow also reserve the right to share pooled, anonymized data with third parties. “These policies are just used by companies as disclaimers to reserve future things they might want to do,” she says. But the sensitivity of fertility information makes that potentially more concerning, than say social media data, says Bannan. “I think that it’s important for potential users to be aware that they don’t necessarily have the rights they would for health data like traditional medical records, under HIPAA.”

Berglund says Natural Cycles’ only revenue stream at the moment is the app’s subscription service, and that selling customer data to third parties isn’t part of the company’s business plan. “We’ve never shared any data for financial purposes,” she says. But that may not always be the case. “I can’t say we’ll never share data, there’s no guarantees in life of what will happen.”

The company already shares some anonymized and aggregated data with regulators like the FDA, and with academic research partners in Sweden, the UK, and the US, according to Berglund. She says they have to seek approval from an ethical review board for each research project, to evaluate whether or not the blanket consent users sign to use the service can be applied to any additional studies.

Natural Cycles stores user data in an encrypted cloud environment, and every week a pooled, anonymized version of the data gets pulled onto the company’s local servers to run the analysis that powers its app. So if you decide you want to delete your data, it should get scrubbed from the cloud first, and then from the company’s models, during that weekly overwriting process, according to Berglund. But according to the company’s privacy policies, it’s under no obligation to delete any data it has already distributed elsewhere.

“Having self-knowledge is not inherently a bad thing,” says Karen Levy, a sociologist and lawyer at Cornell University who studies the social, legal, and ethical dimensions of emerging technologies. While fertility apps can have real upsides, she encourages people to be aware that any data they collect about themselves—from their history of prescription contraceptives to how often they have sex—can go on to have another life of its own. “Before you sign up for an app like this you have to ask yourself if you if this information is something you want to exist forever, to someday be combined with other data about you for research or marketing, because those possibilities are definitely in the game.”

In the DNA testing industry, some customers were surprised last month when 23andMe announced a partnership with pharmaceutical giant GlaxoSmithKline to mine its customer database for potential new drug targets. Natural Cycles is also pursuing a pharmaceutical partnership, with Merck, but under very different terms.

The two companies are collaborating on an early stage pilot in Sweden to investigate whether Natural Cycles’ data can predict early signs of infertility. One big clue comes from the follicular phase—the time interval between menstruation and ovulation. Natural Cycles’ scientists have picked up some signals that suggest a shorter follicular phase correlates with lower fertility. They’ve also noticed that users who who are coming off of hormonal birth control aren’t any less fertile overall, but they do tend to experience a delay in getting pregnant. Berglund says there’s no commercial deal yet, though, and no data has traded hands. But the idea of the pilot is to help the right women seek help at fertility clinics, as early as the data will allow. Merck is a major world supplier of fertility treatment drugs.

A New Twist on Invisible Ink

GizmoCrazed - November 1, 2017 0
With many of us spending our time online, we tend to be laser-focused on preventing our personal information from falling into the hands of...