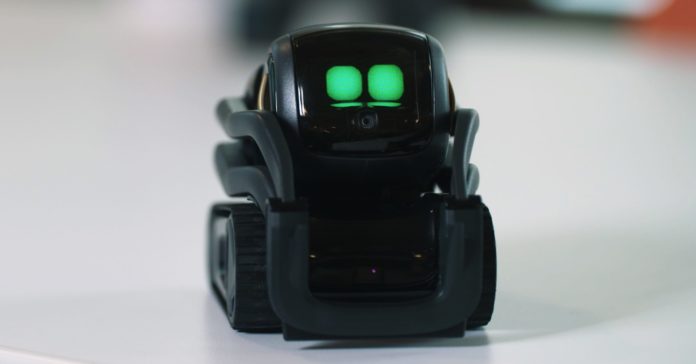 If you had your very own home robot, what would you want it to do, exactly? Pick up after you? Do the dishes? Help you make coffee? Yeah, me too, but that kind of robot is a long, long ways off.

That isn’t stopping robotics companies from jumping into the robotic assistant fray. Consider Jibo, essentially a dancing Amazon Alexa. And Kuri, a miniaturized R2-D2 that roams around your house taking pictures. If that doesn’t sound particularly impressive to you, well, the market felt the same way. Jibo Inc. has reportedly laid off the bulk of its staff, and Kuri’s maker, Mayfield Robotics, announced last month that it’s pausing operations and refunding pre-orders.

Now joining the scrum is a rather more established company, Anki, which makes the popular Cozmo, a robot toy you control with your phone. Today it’s announcing that it has taken Cozmo and supercharged it from a plaything into an autonomous home assistant—named Vector. It’s charming, it’s (relatively) smart, and it’s mobile, the product of a recent convergence of technologies in robotics. The question is: Can Vector succeed where other home robots have failed?

Like, many others. Robot makers have been trying to fill our homes with social robots since the early ‘80s. Pretty much all, though, have been dumber than a box of rocks. If you wanted your Omnibot to bring you breakfast in bed, you had to make that breakfast yourself, then place it on the robot’s tray, then remote-control the robot into your bedroom, then get back in bed, then look up from your newspaper and act all surprised that a robot had made you breakfast in bed.

Jibo, Kuri, and now Vector don’t bother with manipulating all the stuff in your home—that’s still a challenge even for research robotics. But they’re vastly more intelligent than their predecessors, thanks to advances in machine intelligence and processing power. Gaming in particular has led to GPUs that help small robots process their surroundings. And the machine learning algorithms that used to require bulky computers in the cloud to run are now streamlined enough to run right on the robot. Accordingly, Vector only needs to call up to the cloud to process voices, while it can navigate its environment and recognize faces thanks to algorithms running locally.

Think of Vector as a miniaturized self-driving car for your home. It’s meant to live on countertops and tables, where it explores its environment with lasers and a camera, remembering where objects are and stopping just shy of plummeting off the edge. Ask it what the weather is, and it’ll tell you. Or tell it to set a timer for you. It’ll perk up when you step into a room. It’s a bit like Google Home, only with an actual personality.

It may not be able to do much at the moment (Anki says it will keep adding capabilities after launch in October), but it is undeniably charming. If it rolls too close to the edge of the table, for instance, it’ll recoil and twitter, as if to say, that could have killed me. “Having a character built-in allows us to do things which are otherwise socially not super acceptable from an appliance,” says Hanns Wolfram Tappeiner, co-founder and president of Anki. “Vector doesn’t just sit there and wait until you ask him something.” It’ll get excited and chatty when it sees you.

Communication also comes nonverbally from Vector’s digitized eyes, which are meticulously animated by former Pixar wizards to woo you. They express the robot’s “emotional” state—tip it on its side and it looks flustered, for instance—but also reel you in, because humans live for eye contact, even with machines.

“If we don’t do things like eye contact really well—for example, how frequently does the robot make eye contact with a person, or how long does he keep that eye contact—then something what feels like an alive character immediately feels not alive or very detached like a turtle or or a hamster or something like that, versus a toddler or a dog,” says Tappeiner.

Let’s be real: No one’s interested in a digital turtle. But it’s not totally clear that consumers want a digital dog, either (especially one that tromps around on a tabletop). And customers have been burned before. “They expected too much and got too little,” says Aditya Kaul, research director at Tractica, which studies consumer robotics. “That has something to do with science fiction and popular culture and what we expect to see from robots is not really what we are getting.”

It’s also, though, a matter of these companies underdelivering. “Jibo really represented a novelty, the same with Kuri,” says Nick Maynard, a research analyst at Juniper Research, which also studies consumer robotics. “They were there for people who wanted to say they had them—they didn’t really offer a compelling differentiator. They didn’t really offer the advanced features that users would actually want.”

What do consumers want for sure? Voice assistants like Amazon Alexa. And if Amazon’s rumored foray into home robotics is any indication, it may well be those devices that drive the evolution of personal robots. “I think what we will see is the lines between voice assistants and home robots will start to blur, and we’ll begin to see devices that include both functions,” says Maynard. It’s territory that Vector is beginning to explore.

Can Vector be both charming and useful? Charming, absolutely, but its usefulness is to be seen. It won’t bring you breakfast in bed, but for the moment, that’ll just be something you’ll have to live with.

GizmoCrazed - December 4, 2017 0
A technician works on the Large Hadron Collider at CERN. (Credit: Anna Pantelia/CERN) What happens when you stick your head inside a particle accelerator and...

Amazon's QVC-style shopping channel is a monument to sadness