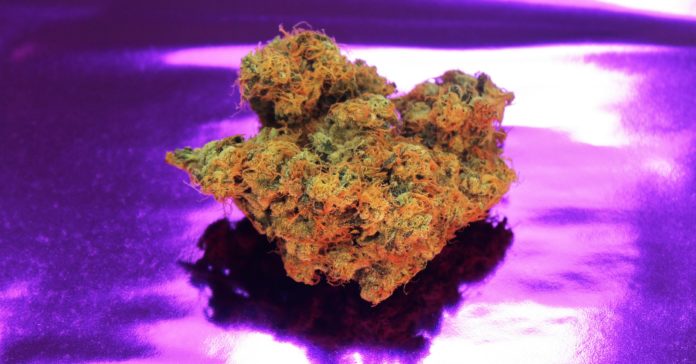 Call it the California Marijuanapocalypse of 2018. As of January 1, recreation cannabis has been legal in the state. A black market still runs underneath it all (Northern California alone supplies perhaps 75 percent of all marijuana across the United States), but cultivators and distributors are going legit, bringing themselves up to the rigorous testing and packaging standards mandated by the state.

This weekend, though, was a weekend of reckoning. For the first six months of the year, the state has allowed dispensaries to sell product that isn’t yet up to new code so manufacturers can adjust to the changes. Any of these noncompliant concentrates or edibles or simple flowers left on store shelves as of July 1 have to be destroyed. By one estimate, that could total $350 million in lost product.

So how exactly do you obliterate potentially tens of thousands of pounds of cannabis across the state? Not unlike how you get rid of yard trimmings.

The responsibility for destroying noncompliant cannabis products rests on the dispensaries, not the state—the government won’t be dispatching special trucks to pick up weed. So for a dispensary like the Apothecarium in San Francisco, it’s got to pull noncompliant marijuana immediately.

Which means an interesting trash day. “Noncompliant flower and prerolls will be composted,” says Eliot Dobris, spokesperson for Apothecarium. That is, rendered “unusable” by putting it in filthy, locked bins the public doesn’t have access to. Oils for vape pens go through an extra step. “Noncompliant cartridges will be rendered unusable with a hammer and then will be put in the landfill bin,” he says.

“And we have to do all of this on video,” Dobris adds, “so if there’s ever a question, the state can have access to that video.”

The headaches are making their way upstream as well. The legal recreational cannabis supply chain, which packages and distributes product, is just coming into being. Flow Kana, for instance, is a cannabis brand that takes in marijuana from Northern California farmers and processes and tests it in accordance with the new laws.

Flow Kana saw the deadline coming and prepared as best they could. “We have product that has not made its way through our processing system that is still OK,” says Cate Powers of Flow Kana. It’ll run the safety gauntlet on its way to market. “So the majority of our inventory is fine. It’s only the stuff that was packaged and processed under the previous standards that is at risk.”

Dispensaries statewide rushed to offload product with massive sales in the weeks leading up to July 1. But you can only offload so much weed. “Sacramento is seeing possibly up to 8,000 pounds of product that will need to be destroyed,” says Josh Drayton, spokesperson for the California Cannabis Industry Association. In the Los Angeles area—which houses the largest marijuana consumer base in the world—the number could run into the tens of thousands of pounds.

Really, it’s hard to tell for sure just how much cannabis is going to waste. Not all dispensaries have finished the licensing process. It’s not that dispensaries think they can hide off the grid—the transition to legal recreational cannabis is still unfolding. Accordingly, data is hard to come by. That’ll change as the supply chain matures, as marijuana is more strictly tracked from seed to sale.

And the waste wasn’t for lack of trying on the cannabis industry’s part. “They’ve been having to multitask on many different levels,” says Drayton, “to build out business plans in municipalities that are allowing cannabis activities, they’ve needed to learn new compliance with staffing, with payroll.”

In the end, Californians want legal weed, which is why they voted for Prop 64. What they may not have realized is that the transition from elicit to legal comes with challenges that include the California Marijuanapocalypse of 2018. “We have to remember that yes, that is going to be a growing pain we are going to have to deal with,” says Drayton. “But ultimately Prop 64 passed through wanting to prioritize public safety and public health.” The alternative is illegal, dirty cannabis that threatens not just people, but wildlife too.

California will get through this. Dispensary inventories might be low in the coming weeks as newly compliant products make their way onto shelves, but the market will even out as the industry adjusts to change. And on top of it all, the state is about to get a healthy helping of extra compost. How very California.