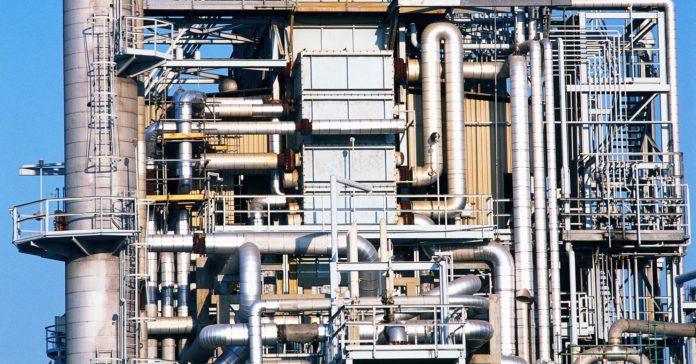 You can’t sue your way to a solution for global warming. So says the judge.

But no. The problem isn’t the science; it’s settled. The problem is the law. Even though attorneys for the city tried to argue that their complaint was covered by federal common law and the courts, Judge Keenan found otherwise—that in the end they were suing over emissions, and so the Clean Air Act took over. Which is to say, what New York wanted to do in a lawsuit is covered by the regulatory powers of the president and Congress. “Climate change is a fact of life, as is not contested by Defendants,” Keenan writes. “But the serious problems caused thereby are not for the judiciary to ameliorate. Global warming and solutions thereto must be addressed by the two other branches of government.”

Cities around the country have been filing lawsuits, hoping to get money from oil companies to pay for things like seawalls and infrastructure improvements—part of a strategy that’s been developing for decades. Oil companies have continued to market and lobby for lighter regulation on a product that made life harder on the only planet anyone knows about with life on it, while the US government moved slowly, if at all, toward remaking the country’s energy production and carbon emissions. If regulation and the law won’t help, the theory goes, you turn to the courts.

That’s not going well. Keenan’s decision comes not even a month after a similar defeat 3,000 miles away in June to a lawsuit filed by San Francisco and Oakland against the same oil companies. That case had the same outcome, this time from Judge William Alsup of the 9th Circuit: “Although the scope of plaintiffs’ claims is determined by federal law, there are sound reasons why regulation of the worldwide problem of global warming should be determined by our political branches, not by our judiciary,” he writes. “The problem deserves a solution on a more vast scale than can be supplied by a district judge or jury in a public nuisance case.”

The hell of it is, the lawyers who’ve been working on these cases saw this flavor of defeat as a possibility all along. Back at an unprecedented “climate science tutorial” Judge Alsup mounted in March, he expressed some of those same concerns. So did attorneys for the defense. “You hear them saying, ‘this is a matter for the president and the executive, it strikes at the heart of our national economy, if you do this we’re going to be exposed to billions and billions of dollars in lawsuits,’” Steve Berman, managing partner at Hagens Berman Sobol Shapiro, the firm representing both the California cities and New York, told me in June. “The fear is that some judge will buy into that and say, who am I, in a lawsuit, here, to start the ball rolling on holding the companies liable for all this stuff? That’s an argument they may win on.”

Indeed. And beyond that, two previous cases offered precedents unfavorable to the plaintiffs. The cities argued that global warming was damaging them, specifically and locally (and in fact in California they tried to file in state court but got bumped to federal). But the courts disagreed, framing carbon emissions as a “transboundary” global issue, of international scope. And American Electric Power v. Connecticut (usually referred to as “AEP”) and Native Village of Kivalina v. ExxonMobil both found that the Clean Air Act “displaced” federal common law when it comes to emissions.

Lawyers hoped that things had changed since then. New attribution science helped put blame more squarely on specific emitters, cities were seeing new costs due to global warming, and the legal theory had evolved away from suing over emissions to suing for sales and marketing while knowing about potential climate damages—a template taken from lawsuits against tobacco and lead paint companies.

“Both Judge Alsup and Judge Keenan adopted the core arguments that we were advancing, and that is that the Supreme Court’s decision in AEP and other federal court decisions had already addressed these very issues and rejected these sorts of claims,” says Theodore Boutrous, a partner at Gibson, Dunn & Crutcher and attorney for Chevron. “This, I think, does sound the death knell for these sorts of lawsuits.”

That doesn’t mean cities won’t keep going. They may well appeal the dismissals in New York and California. Other cases continue in Washington state and Colorado. And on Friday, the city of Baltimore filed suit against 26 oil and gas companies in Maryland state court.

That battle was always uphill. Now the grade’s even steeper. Oil companies don’t deny global warming is a problem, but so far they don’t have to pay to fix it. It’s doable, but by one estimate it’ll cost $53 trillion. And the bill is coming due.

The iPhone 5 is Time Magazine’s Gadget of the Year

How Andy Weir Scienced the Lunar Colony in His New Book...