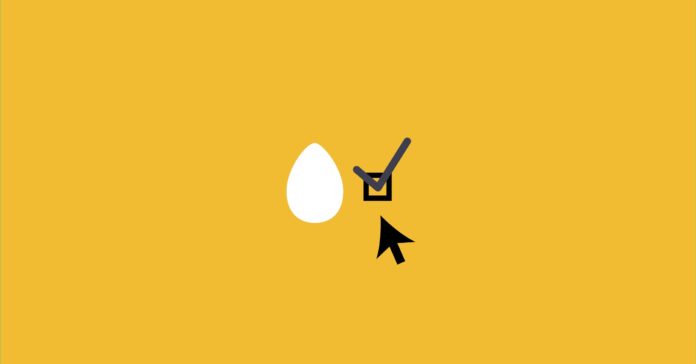 When Piraye Beim went to her first OBGYN visit more than two decades ago, she got a pap smear and an earful about avoiding STDs. She didn’t learn in that visit that the fact she was having excruciating periods as a teenager might mean she could have trouble conceiving later in life. She definitely didn’t hear the words “reproductive health” come out of her doctor’s mouth.

Like nearly 10 percent of women, Beim has lived with endometriosis her whole adult life. But the former genetics researcher didn’t find out until she started trying to have kids in her 30s that the chronic condition she treated with painkillers and hormonal contraceptives was also a risk factor for infertility. Now, Beim is on a quest to bring other women out of the dark by bringing big data to the womb. Like a 23andMe for fertility.

Since 2009, her company Celmatix has been amassing de-identified health data on more than 540,000 individuals who have sought the help of fertility specialists. Using that information, it has trained algorithms to predict personalized outcome likelihoods,1 which it offers as a service to 10 fertility clinics in the US. It also sells a genetic test for reproductive health that reports on disorders that can make it harder to get or stay pregnant, though some fertility doctors doubt its utility. “Single genes generally do not affect fertility in the absence of other findings or symptoms,” says Mary Norton, a clinical geneticist and professor of gynecology and reproductive sciences at UC San Francisco. Many mutations can cause disorders associated with infertility, she adds, but the genes that affect fertility in isolation are less well understood.2

But despite the criticisms, Celmatix is moving forward with its research and efforts to capture the attention of a generation best known for its crippling student loan debt and gram-worthy avocado addictions. This week the company launched a free online tool to help women understand their individualized likelihoods of having a baby based on their age, sexual activity, lifestyle choices, and history of related health conditions like endometriosis. The goal is to get women, especially young ones, better information about their reproductive health much earlier in their lives.

“Millennial women are the largest generation of potential mothers who’ve ever existed in the history of the human race,” says Beim. “How they make decisions will have huge implications for the future of our species.”

According to Pew Research data, millennial women accounted for 82 percent of US births in 2016. But while they make up the majority of new American parents, millennials are waiting longer to procreate than any generation before. In 2016, only 48 percent of millennial women (ages 20-35 at the time) were moms, compared to 57 percent of Gen X’ers when they were the same age. Surveys conducted by Celmatix indicate that most millennials want to wait until after 30 or 35 to start having kids. And that as technology natives—some of them even test tube babies themselves—they expect science to solve that problem for them when they’re ready. They may not yet be thinking about freezing eggs or saving up for IVF or talking to their doctor.

The new tool, which Celmatix has dubbed MyFertility Compass, aims to change that. It’s a funny name given that few people born after 1984 have ever used one. But calling it “MyFertility GPS” would go too far: It’s basically just a survey. Fourteen questions ask things like how old you are, your height and weight, how long you’ve been trying to get pregnant, and how much you drink and smoke. (It also asks about partners’ semen analysis, which takes into account their own health and lifestyle choices.) Based on your answers, Celmatix generates a report that estimates your chances of getting pregnant within the next 12 months. It’s based on a combination of published research and Celmatix’s database of nearly 1 million fertility treatment outcomes garnered from partnerships with private clinics and medical research centers across the US.3

MyFertility Compass isn’t meant to be a diagnostic tool, just a conversation starter. “It tells them if they’re within normal guidelines and should just keep trying, or whether it’s time to bring up fertility with their physicians,” says Beim. “We’re not trying to replace that dialogue, just empower women to get there more efficiently.”

Of course, it’s a smart business move too. Celmatix makes money by offering its big data insights to fertility clinics for an annual fee based on patient volume, which can run into the six figures. And by selling its $950 genetic tests, which require a doctor’s order (insurers don’t cover it, either). The sooner the company can help prospective mothers start thinking about their “reproductive journeys,” the more potential clients it will have. But Beim says the new tool won’t feed data into Celmatix’s predictive models or genetic test reports. For it to be useful in that regard, the survey would have to track outcomes, which Beim acknowledges it’s not set up to do.

To get more of that kind of information, the company has teamed up with consumer genetics giant 23andMe, which could soon turn out to be a commercial competitor. Together with public health researchers from Harvard, the companies launched a study last year to track 4,500 women aged 18-45 who are either trying to conceive or recently became pregnant. Besides genetic data, they’re collecting clinical, environmental, lifestyle, microbiome, and fertility metrics over a period of 18 months. Celmatix will mine this dataset for connections that could improve the test’s evaluations of genetic risk, as well as new genetic markers of reproductive health. Currently, the company’s genetic test—called Fertilome—scans for 49 variants across 32 genes that have been linked to conditions that can sometimes cause fertility problems. But like a growing spate of genetic tests for health issues, it only delivers information in the form of elevated risk; it doesn’t mean patients actually have any of the conditions, many of which are quite rare.

Norton says tests like these aren’t currently a good use of time or money because nobody, including clinical geneticists like herself, knows what to make of the information, so it doesn’t really end up changing patients’ medical care.4 “There may be some day in the future where genetic tests tell people at 25 that they’re more likely to have fertility problems later in life, so they can make decisions to start trying to have children sooner,” she says, “but we’re just not there yet.”

Beim says it’s not surprising that some physicians aren’t yet clear on Fertilome’s utility, given how new it is to the market. (According to the company more than 100 physicians have so far ordered the test.) She compares it to the first BRCA1/2 marker tests for breast cancer, which took close to a decade after coming to market in 1995 to be embraced as a standard of care. “We believe adoption and comfort with personalized counseling and patient management with the markers on the Fertilome test will progress more rapidly in part because we are not having to invent the playbook for personalized medicine in our field, we are simply applying it to reproductive health,” she says.

It will take time for the company to demonstrate whether its big data approach actually helps people get pregnant. But Beim’s taking the long view, hoping that her efforts help her one-year-old daughter have a very different first visit to the OBGYN. One where maybe she learns of any risks for infertility with a spit kit and a survey.

GizmoCrazed - December 17, 2018 0
Having a package stolen off your front porch sucks. No matter what’s inside the box, it just feels… violating. Someone came into your space...