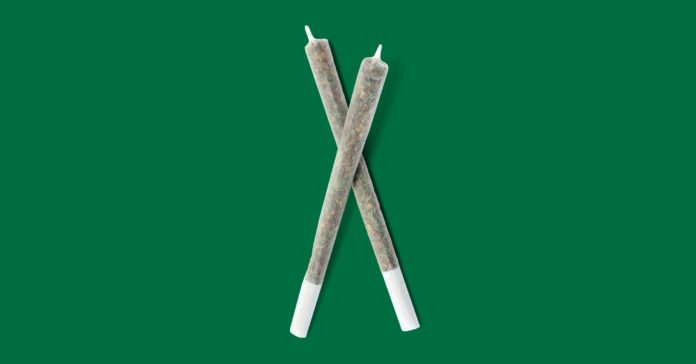 Cannabis strain names can get a bit … quirky (Lamb’s Bread, anyone?). But without them, patients that rely on marijuana to treat ailments like pain would be lost. If you want to treat seizures, you might want ACDC—a strain that expresses almost zero THC and very high CBD, a non-psychoactive cannabinoid—and stay away from the potentially panic-inducing Ghost OG, which verges on 25 percent THC.

Unfortunately, there isn’t an official federal database with information about cannabis strains, for obvious reasons. After all, this hasn’t been a regulated industry—you’re not allowed to call a Gala apple a Red Delicious, but no one is stopping you from calling your crop ACDC when it is in fact Ghost OG. It’s a big problem examined in a new study, posted to the preprint site BioRxiv, from the University of Northern Colorado. Researchers there bought samples of 30 separate cannabis strains, several for each, from dispensaries and compared them genetically.

Almost every strain, they found, had at least one sample that was a genetic mismatch (aka an imposter). And while strains did fall generally into one of two genetic groups, they didn’t fall neatly into the well-popularized dichotomy of indica and sativa.

The researchers looked at commonly used genetic markers called microsatellites, which have a high rate of mutation. Those mutations make it easier for scientists to identify differences between individuals. The researchers got their hands on as many as nine and as few as two samples of each strain, and compared them genetically in this way.

Cannabis strains are genetically unique because for decades, growers—particularly in Northern California’s famous Emerald Triangle, which provides perhaps three quarters of the marijuana in the US—have developed varieties of the cannabis plant by selecting for desirable traits. If you’ve got an individual plant that produces more THC, or grows faster, or produces bigger buds, you can take a cutting of that individual and grow a new plant from it. That’d make it a clone, genetically identical to its mother.

That results in unique strains that the researchers could sample genetically. “Out of the 30 strains, there were only four that were genetically consistent,” says geneticist Anna Schwabe, lead author on the paper. Something was awry. It could be that the grower sincerely believed they were growing Durban Poison, but in fact had a slightly different strain—or that somewhere in the process the product was mislabeled.

“It’s not necessarily that somebody is doing anything malicious,” Schwabe says. Growers typically identifying their strains by smell, or color of their buds. “But because there are so many strains, it starts to get really hard to correctly identify plants based on their morphological characteristics.”

Then the answer is cloning, right? Get what you know is Purple Kush and just take cuttings of your mother plant to clone it. Not so fast. Sure, you’d get the right genetics, but genes aren’t everything. Even if you know you have Purple Kush, it can express different traits depending on environmental factors like light. “When you hear these cultivators like, ‘Oh I’ve had the same mother plant for 10 years,’ well, you definitely weren’t producing the same clones all the time,” says Jeff Raber, CEO of the Werc Shop, a lab that tests cannabis, “because it’s a different mother the second time you go back because you stressed the daylights out of her taking the first round of clones.”

Really, this variability isn’t unique to cannabis. Depending on where and how it’s grown, a particular variety of apple will vary as well. We still call a Red Delicious apple a Red Delicious, even if it isn’t as red or delicious as we expect.

So this is not a call to abolish cannabis strain naming conventions. “We need names,” says Jonathan Page, CEO of Anandia Labs, who coauthored a previous study showing genetic inconsistencies in cannabis strains. “In every other thing we consume—whether it’s wine and merlot, Red Delicious apples, or cherry tomatoes—we name things.”

This new study also found problems with the famous indica-sativa cannabis divide—indica strains are supposedly more for sleepy times while sativa is supposedly more uplifting. You’d expect, then, for strains to map neatly to one of the two groups. While the study did find two genetic groups, they didn’t correspond well to known indica or sativa strains. For example, the researchers found that Grape Ape, an indica strain, didn’t assign particularly well to either of these novel genetic groups. “There’s not very much evidence to support the widespread use of indica, sativa, and hybrid in classifying cannabis,” says Page. “However, they did find in this paper a suggestion of certain genotypes to which strains can be more closely related.”

“The other issue to keep in mind is that these things have been crossed by humans for a long time,” says plant evolutionary biologist Mitchell McGlaughlin, coauthor on the new paper. One theory holds that sativa and indica are separate species that were once geographically isolated. “That very well could be true, but then when you have hundreds if not thousands of years of humans then modifying that plant and making crosses—and in the wild this would be a wind-pollinated plant with pollen traveling reasonable distances—you then end up with issues where that historic signal has been lost.”

There are some caveats to consider with this new study, though. Again, the cannabis sample sizes here were small—as few as two for some strains. Because it’s preprint, it hasn’t been peer reviewed, the gold standard in scientific publishing. And microsatellites aren’t the only way to go about genetically testing cannabis—Page’s study, for instance, looked more broadly at the genomes, while microsatellites are a more targeted approach on those mutation-prone regions.

“They might be right, but far too many people in this field are using shady sub-par genomic methods to make claims that they are the arbiter of cannabis truth without subjecting their methods to peer review before doing so,” says Kevin McKernan, chief science officer of cannabis lab Medicinal Genomics.

These are very early days for cannabis research. But this study also shows how research like this is finally getting easier. Historically, the University of Mississippi has been the sole provider of research cannabis, and the quality ain’t super. But because marijuana is legal in Colorado, these researchers could procure their own samples of unique strains. Better access means better research—and a better understanding of the genetics that code for what is still one of the most mysterious plants on Earth.

This robot can build your IKEA furniture

GizmoCrazed - April 20, 2018 0
There are two kinds of people in the world: those who hate building IKEA furniture and madmen. Now, thanks to IkeaBot, the madmen can...

Nvidia Shield TV gets a new, lower price ahead of Apple...