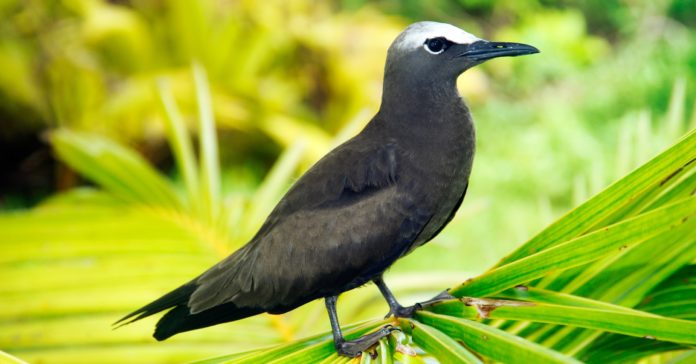 Few things are as good for an island as bird droppings. Guano is full of essential nitrogen—the stuff in fertilizer that helps plants grow—and flying flocks provide a robust supply.

And few things are as bad for an island as invasive rats, which show up and devour everything in their path—including the eggs and chicks of native bird species, which haven’t learned to contend with mammalian predators. But the invasion’s consequences ripple even farther across the ecosystem, into places you’d never expect—including all the way into the islands’ surrounding coral reefs.

That nitrogen-rich guano also washes into the sea, where it nourishes reefs. So when the rats arrive and the birds disappear, so too does their life-sustaining poop. Just how bad the situation can get, scientists report today in the journal Nature. By comparing six rat-free islands and six rat-infested islands in the Indian Ocean’s Chagos Archipelago, they quantified the rodents’ startling ecological damage.

To track the impact, Lancaster University coral reef ecologist Nick Graham and his colleagues looked for a specific type of nitrogen on the island. The seabirds that populate these islands forage on the open ocean for small fish like sardines, which loads their guano with a heavy isotope of the element. “Birds on land that have fed on grains, their diets would have a much lighter isotope signature,” says Graham. But his team found the heavier nitrogen from the seabirds everywhere on the islands—in soil, leaves, and even the coral reefs. So this nitrogen came from the sea, not the island itself.

By tracking that isotope, Graham could see how rat-ravaged seabird populations were changing the islands’ nitrogen stores. Soil samples showed that on islands where rats haven’t invaded, nitrogen input from bird droppings was a staggering 250 times greater than on rat-infested islands. The team also found higher levels of nitrogen in reef algae and fish near rat-free islands. “The rats are completely interrupting that system,” says Graham. “The seabirds then avoid those islands, and as a result nutrients aren’t being deposited.”

The team paired this data with surveys of wildlife on the rat-filled and rat-free islands. Fish biomass in the reefs surrounding rat-free islands was 50 percent greater than reefs near the invaders. And the birds? “We found that where there were not rats present, there were huge seabird populations, over 750 times more seabirds than on the islands with rats,” says Graham.

The dearth of seabirds—and therefore their nitrogen-infused poop—dramatically affects coral populations. “The balanced input of nitrogen and phosphorous has been shown to be very beneficial for coral physiology,” says Graham. “So corals grow faster when they have a balanced input, and they’re more thermally tolerant so they can cope with heat stress more than corals that don’t have that input.”

But there are even windier ways the lack of nitrogen can impact the reefs. In healthy island ecosystems, species like the parrotfish feed on algae that grow on the coral reefs. Parrotfish grazing—which comes with a healthy algae population, which comes from healthy nitrogen levels, which come from healthy seabird populations—helps coral reproduction. “Baby corals don’t like to settle on seaweeds,” says Smithsonian Institution coral reef ecologist Nancy Knowlton, who penned a commentary on the new study. “They like to settle on nicely grazed clean surfaces, dead coral skeletons. So reefs are much more able to bounce back when they suffer from one of these large catastrophes if they’re well grazed.”

Graham’s group found that species like the parrotfish would completely clean off the surface of reefs around non-invaded islands nine times a year. But when the rats showed up, that dropped to three times a year.

Get rid of the rats, then, and you can bolster coral reefs. Which isn’t as daunting as it sounds. Conservationists have attempted rat eradications on nearly 600 islands at this point, with a success rate of 85 percent. Their weapon of choice: rodenticide. This of course comes with the risk of poisoning other inhabitants of the islands, so oftentimes scientists will remove species like raptors, which might feed on poisoned rat carcasses. But it’s certainly doable, and indeed essential in this age of worldwide commerce (rats are incorrigible stowaways).

Because the hidden impacts of invasive rats don’t end at nutrients in coral reefs. On Palmyra Atoll near Hawaii, for instance, rodents were even mucking with terrestrial vegetation. “They were predating the young saplings that were trying to sprout, and eating the seeds,” says Nick Holmes, director of science for the group Island Conservation. “So the rats are sort of unwanted engineers of the forest, and of course the forest is what provides this baseline system for everything else, whether it’s invertebrates or seabirds.” In 2013, just a year after scientists had initiated the eradication of the invaders, native seedlings had increased 130 percent, and populations of arthropods, like insects and crabs, skyrocketed over 350 percent.

In the end, the biggest enemy of island and coral ecosystems isn’t rats, but humans—we’re the ones that transplant the things, and pollute the oceans, and warm the atmosphere. But we’re also the ones who can do something about it.

GizmoCrazed - May 11, 2011 1
According to a survey conducted by Consumer Reports, over 7.5 million Facebook users are under 13 years of age which is against Facebook's terms of...

Let's Analyze the Ridiculous Physics of the Bugatti Chiron