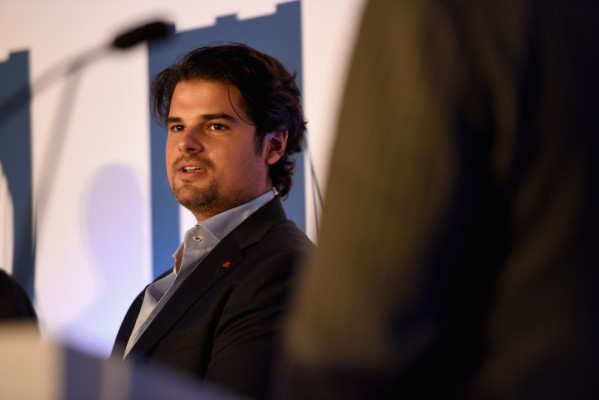 The team at Octi says it’s building a crucial piece of the augmented reality puzzle — the ability to understand the human body and its movement.

Co-founder and CEO Justin Fuisz told me that most existing AR technologies (including Apple’s ARKit) tend to be “plane-based” — in other words, while they can make something cool appear against a real-world background, it’s usually on a flat surface, like a table or the floor.

Octi, on the other hand, recognizes where people are in-camera, and it can use that understanding to apply a variety of different effects.

For example, Fuisz and his team showed me how they could dance around their office while bright, squiggly lines overlaid their bodies — and then they erased their bodies entirely. They also showed me how effects could be tied to different gestures, like how a “make it rain” motion could result in dollar bills flying out of their hands.

To do this, Octi says it’s built sophisticated machine learning and computer vision technology. For starters, it looks at a human being and detects key points, like eyes, nose, hips and elbows, then uses those points to construct a model of a skeleton.

Fuisz suggested that the technology could be applied to a number of different industries, including fashion, fitness, entertainment and gaming. In fact, the company is announcing a partnership and strategic investment from the OneTeam Collective, the accelerator of the NFL Players Association. As a result, Octi plans to create and distribute avatars of more than 2,000 NFL players.

If you want to try this out for yourself, the startup has its own iOS app — Fuisz described the app as a technology showcase for potential partners, but he added, “The app is available to the public and is totally awesome.”