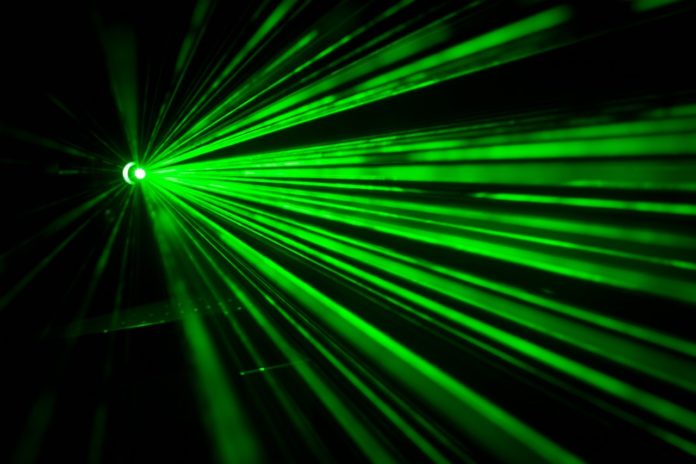 We’re not always the same person. The jokes you tell at home aren’t necessarily the ones you tell at work, and I don’t know about you, but I certainly talked differently around my grandmother than I did around my friends. Linguistics people call this tendency code-switching. People are complicated, multi-faceted, and some situations bring out certain qualities in us — it makes sense.

But we’re not the only ones. Some materials “code-switch” too, acting differently based on different contexts. To take a familiar example, temperature (and pressure) determines whether water is liquid or solid. Well now, thanks to new research from MIT and the University of South Florida, scientists have gotten materials to code switch, in this case by changing their material structure and properties, simply by shining lights on them. It’s cool and futuristic, and might even be the basis of technology that leads to better self-healing materials and even novel drug delivery systems.

To understand the finding, we have to start with polymers, useful compounds made out of many repeated components — DNA is a classic natural example, polystyrene the classic artificial one. They’re flexible, strong and relatively easy to make, but are also limited by their composition and topology: what they’re made of and how those things are put together. Once you’ve got a polymer-based material, it’s typically stuck with one set of characteristics.

Some polymers can change, but only once, and in just one aspect (stiffness, for example). And while self-healing materials do exist, they’re usually structurally weak. So, scientists wanted to see if they could create something that can reliably switch between different states on command.

Live at the Palladium

The team started with something called polymer metal-organic cages, a material they’d designed in recent years, which literally combined metal and organic materials into cage-like structures. In particular, they used palladium as the metal, linked together by flexible polymers infused with ligands, ions or molecules that bind to metals. The palladium can link up with four ligands at a time, which can link up with other palladium-ligand groups to form the cage-like structures; the more palladium atoms in the mix, the bigger the cages.

Now here comes the cool part: The team added a light-sensitive molecule named DTE to the ligands. So now, when ultraviolet light strikes the material, the DTE forms a ring that ends up changing the angles between bonds connecting the ligands with the palladium. This, in turn, increases the size of the cages that form, breaking apart the existing connections in the process. Basically, shine a UV light on this stuff, and the size of its building blocks — its topology — changes.

An illustration from the paper showing how the material’s topology changes under different kinds of light. (Credit: Gu, at. al)

And when the team shone a green light on the material, it went back! The DTE ring breaks apart, changing the bond angles back to their original size, forcing the bigger cages apart and back into the smaller ones that formed initially. The team literally calls it “photoswitching topology” in their Nature paper describing the findings, out today.

The two different forms had very different properties, with the smaller-caged version being up to 10 times softer and more dynamic, while the larger version was harder and more rigid. One obvious application of this kind of tech, then, is as a new variety of self-healing material. The rigid version could serve as a kind of coating; if it gets damaged, just shine a light on it, heat up the soft version to let it flow and heal itself, then shine another light back on and you’re good as new.

Of course, that’s still a ways off. For starters, palladium isn’t cheap, so a commercial model would need a different metal. And in the experiment, a small amount of the polymers didn’t switch back each time, so after seven cycles the stuff started to fall apart. Plus, it took about five hours for the process to complete, so that’s another area to try to improve on.

But still, it’s very cool. Not only have we figured out another cool thing polymers can do, but the application possibilities also go beyond better self-healing materials. Co-author Jeremiah Johnson of MIT said in a press release that the technology can improve drug delivery, with larger cages releasing medicine as they transform into smaller cages — even possibly allowing for reversible drug delivery as they transform back into bigger cages. Johnson went on to say the team’s goals now include creating materials that can switch between solid and liquid states, and using light to give one material different soft and hard sections.

A Basic Income Should Be the Next Big Thing

Major crypto exchange hack nets $40 million and could get so...