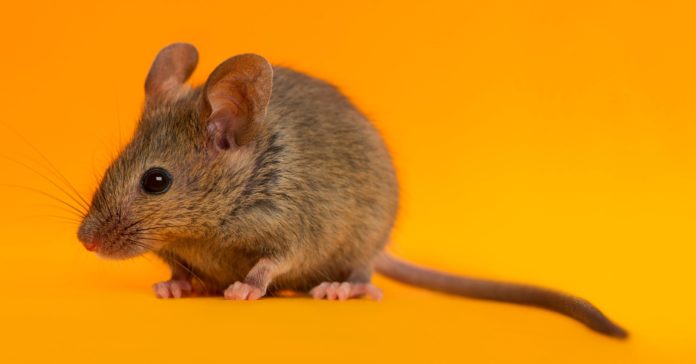 Does living in space make your gut bacteria bug out? Twenty mice headed to the International Space Station are about to find out. Early Friday morning, SpaceX plans to launch its 15th resupply mission from Cape Canaveral, sending its Dragon spacecraft packed with nearly 6,000 pounds of cargo into orbit. Most of that will be a scientific payload—instruments and equipment to help the six crew members do some science on board.

One of those experiments will include pricking, weighing, and collecting poop from the new mouse arrivals. Oh yeah, and videotaping them while they sleep.

The rodents are part of a study to determine how living on a sterile ship in the dark vacuum of space alters circadian rhythms—and potentially disrupts a healthy microbiome. It’s a murine mirror of astronaut Scott Kelly’s twin experiment. Because before NASA can start sending humans to Mars, they want to know exactly how the long journey will mess with their bodies, including all their resident bacteria.

Ten of the mice will spend a record 90 days in space (that’s about nine years in Homo sapiens time). “We’re trying to understand the cascade of events that happens when microgravity interrupts sleep and wake cycles,” says Martha Vitaterna, a co-principal investigator on the study and the deputy director of Northwestern University’s Center for Sleep and Circadian Biology. Microbes make all kinds of essential molecules humans and mice can’t produce themselves; Vitaterna and her colleagues are hoping to learn if shifts to those chemical signals impair their host’s ability to weather things like sleep loss, which can throw metabolism and immune systems out of whack.

Her team is sending two different strains of mice into space, one that they expect to snooze just fine at zero-G and one that was a light sleeper in simulation experiments. Thanks to their genes, mice of the poor-sleeping strain don’t make melatonin.

The Earth-bound twins of both strains will be housed at one of NASA’s research facilities, inside habitats identical to the ones aboard the ISS—a sealed metal box with air-locking portholes and a fancy air-filtration system. They’ll be subjected to the exact same environmental surroundings as well—gas composition, temperature, lighting to simulate night and day—though on a three-day delay. A datastream for the ISS will tell scientists on the ground how to replicate the minute-by-minute conditions on the space station.

The project is analogous to NASA’s Year in Space study, in which astronaut Scott Kelly spent 340 days of intense observation aboard the ISS while his identical twin brother Mark (a retired NASA astronaut) went through the same paces back down on planet Earth. Northwestern was one of 10 research teams from around the country that joined forces to figure out how space changed Scott’s body.

Vitaterna’s team discovered that zero gravity living shifted the balance between the two dominant groups of bacteria in Scott Kelly’s GI tract, but that things went back to normal once he returned to Earth. Spaceships have to be kept extremely clean to protect astronauts from dangerous pathogens, and scientists have wondered whether the lack of bugs could make it hard to replenish a diverse microbiome. But overall, the scientists were surprised how little the overall diversity of his gut microbes changed during his year in space.

To understand that, there’s also a much larger NASA study currently underway—the Astronaut Microbiome Project—that seeks to track the bacterial communities on ISS crewmembers’ bodies before, during, and after their missions. The space agency began collecting blood, spit, and swabs (from foreheads, armpits, and yes, buttholes) from astronauts back in 2013, and gathered the final round this past February. The results, which have not yet been reported, will offer the best look yet at how space impacts the body’s bugs, including downstream effects on metabolism and immune function.

You can swab human subjects to your heart’s content, but you can’t dissect them. Which is where the planned rodent studies come in. After their trip, scientists will take a look inside different organs like the liver and spleen, to better understand any links between inflammation, altered metabolism, and changes to the microbiome. All of this information will be vital for designing missions to Mars that keep astronauts’ internal engines running.

If all goes as planned, the mice will reach the space station Monday, July 2, along with a grinning, floating companion robot and special tiny aquariums to grow microscopic chemical gardens in zero-G. It’s all just another productive day of sciencing aboard the good ship ISS.

Review: Huawei’s P20 Pro is a shiny phone with a strong...