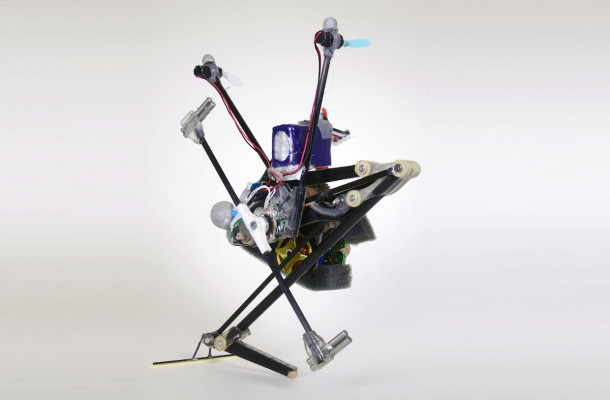 Salto is a jumping robot that is all heart (and legs). A project originally launched in 2017 this tiny robot thrusts itself up and down and back and forth like a crazed grasshopper, jumping with absolute precision and loads of speed.

Created by the UC Berkeley’s Biomimetic Millisystems Lab, this little robot uses rotor-based thrusters and bouncy legs to do its tricks.

Salto, which stands for “Saltatorial Locomotion on Terrain Obstacles,” is designed to mimic saltatorial – jumping – animals like kangaroos and bush babies.

Sadly, this little robot doesn’t always survive its jumps. In this video, Salto basically destroys itself as it jumps, something all robots may need to fear as they reach for the sun (or ceiling.)