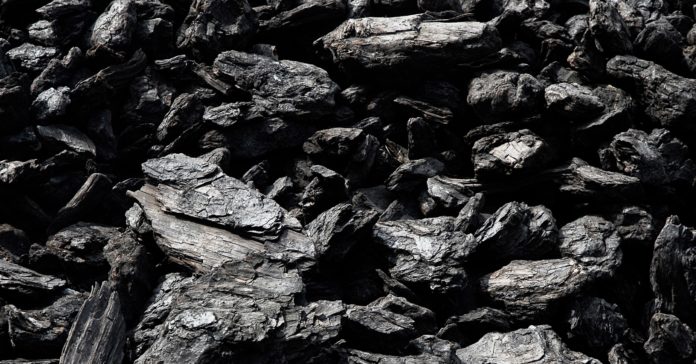 Sometime next month, underground miners will dig Germany’s last ton of black coal, load it onto a conveyor belt, and whisk it a mile to the surface of the Ibbenbüren mining facility. From there, the high-energy anthracite will be tossed into a high-combustion chamber in an adjacent power plant, where it will be converted into electricity to light up this northwest corner of Germany’s North Rhine-Westphalia state.

It’s been a good run at the Ibbenbüren mine. Some of the original elevators are a century old, and some machinery dates from its heyday in the 1960s, when more than 10,000 workers punched the clock here. But now, after 500 years of mining in this coal-producing region, the last shift is almost over.

“It’s like organizing your own funeral,” says Hubert Hüls, the 58-year-old manager of surface operations at the mine owned by the German firm RAG. Hüls’ father and grandfather mined coal here; he started as a mechanic in 1986 and will remain to supervise clean-up operations, albeit with a small maintenance crew of 200 workers. German taxpayers have been subsidizing generations of coal miners like the Hüls family with a one-penny “kohlpfennig” fee on electricity use, but the European Union pressured them to stop back in 2007 because it was unfair to other coal-producing nations. As a result, RAG’s mining operation here can’t afford to stay open.

It would seem like a major step toward Prime Minister Angela Merkel’s goal to cut greenhouse gas emissions by 40 percent of 1990 totals by 2020. But German utilities just can’t seem to quit burning coal. Some power plants are switching to cheaper imported black coal from the United States, Russia, or Colombia. And at the same time, Germany is also digging more lignite, or brown coal. Lignite is 50 percent water and yields much less energy than the shiny black anthracite. But lignite is easy to bulldoze from massive strip mines that dot Germany’s northwest and eastern border with Poland. Among Europe’s power plants, Germany’s brown coal stations constitute six out of 10 of the worst polluters.

Merkel is trying to manage this “energiewende” or energy-transition, without using nuclear power, which she decided to abandon after the 2011 Fukushima disaster. But the numbers aren’t adding up, and critics say Germany could lose all the progress it has already made. So if super-green Germany—with its massive wind and solar farms, advanced technology and industrious mindset—can’t quit its love affair with coal, can anyone else on the planet? Right now, the answer is a bit muddled.

That’s why a “coal commission” of politicians, experts, energy industry representatives and green groups is meeting this summer in Berlin to chart Germany’s rocky path to a carbon-free economy. Former US vice president Al Gore told the commission on June 26 that Germany risks being left behind in the drive to reduce greenhouse gas emissions by eliminating both coal and the internal combustion engine. “The leadership provided in years past created a reality that now no longer exists,” Gore told Reuters. “Other countries are moving much faster than Germany,” he said. The commission won’t have an energy blueprint for the German legislature for several months.

Germany’s appetite for cheap brown lignite coal is nowhere more apparent that the village of Keyenberg, about an hour north of Cologne. It’s one of seven villages being gobbled up by the massive Rheinisch mine that is Europe’s largest. More than 20,000 people have been relocated to new settlements as the huge pit approaches, but some residents remain—like 73-year old Kathi Winzen, who is holding out along with 27 family members in a brick farmhouse and compound that dates back to the 18th century.

“There’s a lot of uncertainty,” said Winzen through a translator. “We will have to decide to relocate, but I’ve always lived in the village. It’s sad that all this will disappear, but what can you do?”

Her 53 year-old son Norbert has been organizing resistance to the village’s relocation. But local courts have sided with the mining company, which owns mineral rights to the coal beneath. It’s an odd juxtaposition of a dirty brown mining pit lined with big wind turbines among the fields and farms nearby. “The entire village is deserted,” says Norbhert. “But the coal is not eternal and it will run out.”

Keyenberg has been in the crosshairs of the mining operation for the past 30 years, enduring a of slow-motion squeeze. It’s the same with Germany, squeezed by its desire to operate its muscular economy on green energy, but unable to quit its cheap supply of fossil fuels.

Clashes Over the Future of Gene Therapy and Crispr at the...

GizmoCrazed - January 12, 2018 0
For one dizzying, schmooze and booze-filled week every January, thousands of tech execs, VCs, and investment bankers grind their way through a four-day slog...

Inside the Test Chamber for NASA's Astronaut Vehicle Double