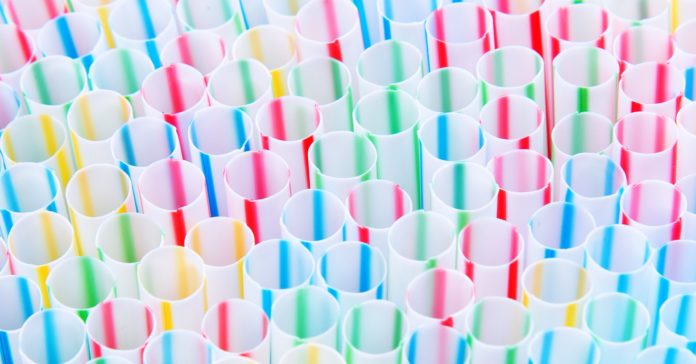 Earlier this year, a three-year-old video of researchers extracting a long, twisted tube from a reptile’s bleeding nostril went viral. To date, it has accumulated more than 30 million views and set off a moral panic.

The straw that broke the turtle’s beak also did a number on the camel’s back. Companies like Starbucks, Ikea, and Hilton hotels have announced policies reducing or eliminating single-use slurping devices. Communities in California, New Jersey, and Florida—plus the metropolis of Seattle—have announced policies to phase out or restrict businesses from selling straws. And has there been backlash to the straw bashing? This is 2018, baby, you know there’s been backlash! Some is just normal anti-environmental crankiness. Some is legit: Plastic straws, especially the bendy ones, are essential for people with disabilities.

And some of the critique inspires serious head scratching: Disposable straws account for a very small fraction of the total plastic waste that winds up in the oceans, and are pretty unexceptional in terms of ecological impact (Read about fishing gear’s environmental impact if you really want to put your straw concerns in context). So, if straws are just a small part of a big problem, why not just pour all this anti-straw effort into better waste management overall? Well, straws—by nature of their design and ubiquity—are remarkably good at slipping out of the waste stream and into the wild.

“I think the fact that straws are small and used on-the-go lends itself to the fact that they can easily leak into the environment,” says Sherry Lippiatt, the regional coordinator for NOAA’s marine debris program in California. The problem isn’t that straws fall below some size threshold that casual litterbugs use to gauge their guilt. Though size-bias is a real thing when it comes to how people feel about litter, the real problem is that straws literally fall through the waste management cracks.

“Any moment when trash is being transferred from one mode to another, some fraction of it is lost,” Lippiatt says. Between the hand and the garbage can, some slurpers’ straws just miss the connection. And then again, when the trash bag gets removed and put in a bin. Maybe the bag tears on its way into the big bin. Maybe a rat rips a hole because it smelled some half-eaten Taco Bell. Maybe your city installed street receptacles with ridiculously huge slots, such that whenever there’s a big gust of wind, the plastic liner inverts, spewing garbage all over the street (looking at you, Manhattan). Then the trash truck comes. In the process of tossing bags in the back, those workers inevitably, inadvertently, are going to lose some as litter. Especially anything small, light, and easily airborne.

Also, straws are plastic, which means many people might mistakenly think they can be recycled. “Something that is often overlooked is peoples’ reaction when they hear about the marine litter problem, they say ‘I don’t litter, and I recycle, so I’m not the problem’,” Lippiatt says. Straws, in fact, cannot be recycled. Recycling plants are big, conveyer-belt driven operations, and straws are so small they just fall off the conveyor belts and onto the recycling plant floors, from whence they are sent to landfills. Another set of bags, another trip in a big truck. Or boat—a huge percentage of US recycling and trash gets shipped away to other countries.

Once a straw is outside the bin, odds are it’s going to find its way to water. Weather has an affinity for moving things around, especially those that are round, hollow, small, and light. A city straw might sit in the sticky spot under a trash can for a while, but eventually some wind or rain will probably wash it into a storm drain. “And, as Finding Nemo taught us, all drains lead to the ocean,” Lippiatt says.

OK, maybe that logic didn’t work out so well in Nemo. And many cities are pretty far from the ocean. But even inland cities with high-tech combined sewage treatment programs experience some amount of leakage into local watersheds—when a big storm floods the sewers, or a catchment grate malfunctions, for instance. And many pieces of litter skip the sewage system completely, and get blown or washed directly into a stream, lake, or sea.

You’ve probably heard the shakily-sourced statistic that Americans throw away 500 million plastic straws each day (an average of 1.5 straws a day per person, if true). Even if that figure needs work, researchers have plenty of other data showing that straws are a pretty big problem. Thanks to the assiduous record-keeping of global beach cleanup crews, a study published in Science in 2015 calculated that America’s beaches are strewn with about 7.5 billion straws.

Of course, those straws don’t just stay there. Wind and rain are constantly forcing debris seaward. Once in the waves, tracking the trash once again gets chaotic. “Coastal zones are complicated, where objects get stuck in eddies, washed back onshore, and moved all over the place,” Lippiatt says. Between the waves and the sun—UV light breaks down many chemical bonds—plastic debris takes a beating. It’s during this time in the coastal zone that many straws get broken down into tiny bits.

Eventually those bits of debris get sucked offshore. From there, figuring out their fate becomes much simpler. Physical oceanographers actually have charts that tell them roughly how a piece of debris will behave once it’s in the ocean. One of the biggest factors is the object’s windage—that is, how far does it stick out of the water, and how much wind will it catch? The other factor is where the object winds up in the water column. Deeper water tends to move more slowly than at the surface. Intact straws and straw fragments are both unlikely to float on the surface, and are probably more influenced by currents than wind. A lot of the ocean borne-garbage winds up in massive oceanic gyres, like the fabled Pacific Garbage Patch.

Not all of it, though. A lot of it probably sinks to the ocean floor, and settles in with the abyssal sediment. And, as YouTube showed, many pieces of plastic pirouetting through the ocean get gobbled up by sea creatures—the vast majority of whom will never be YouTube stars.

Heart-wrenching videos aside, and Houdini-like propensity to slip out of waste management systems notwithstanding, there’s still the question of whether banning straws is worth the effort. “I’m not sure that straws are exceptional in terms of their impact to an ecosystem,” says Kara Lavender Law, a research professor of oceanography at the Sea Education Association in Woods Hole, Massachusetts. “I think the reason straws have been singled out is because they are a low-hanging fruit. They are something that most of us, though not all, for example some disabled people, children, can easily do without, and by doing so we reduce the amount of plastic trash that is generated and therefore needs to be managed somehow.” Straws may be a small percent of the overall US total—they aren’t even a huge percent of all the small plastic debris that gums up nature’s maw. But a low-hanging fruit is still worth picking.

GizmoCrazed - September 25, 2018 0
The transmission electron microscope was designed to break records. Using its beam of electrons, scientists have glimpsed many types of viruses for the first...

And Now, the Weather: Mars-like, With a Chance of Apocalypse