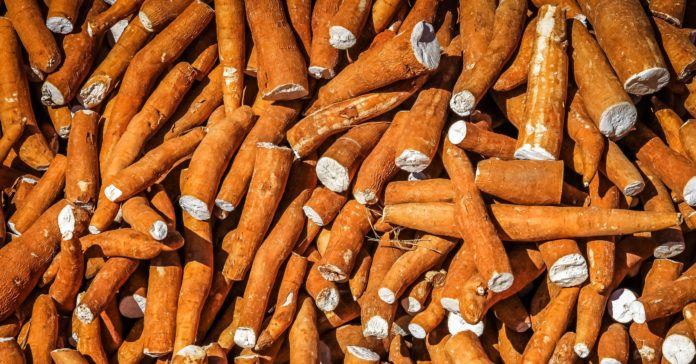 Many European scientists cheered back in January when it seemed the court of the European Union would ease its restrictions on gene-editing technology in food. In a 15,000-word opinion, an advisor to the European Court of Justice suggested that gene-edited crops should not face the same stiff regulations as genetically modified organisms—as long as they don’t contain foreign DNA. The opinion was thought to be a step forward for European academic scientists who are trying to improve plant growth, resistance, and nutrition in everything from corn to grapes. But today, the full court put that opinion aside to rule that Crispr gene editing should face the same tough rules as GMOs.

Experts say the court’s ruling will chill research on gene-edited crops both in Europe, as well as in developing nations in Africa. “This proves how stupid the European system is for regulating GMOs,” says Stefan Jansson, professor of plant physiology at Sweden’s Ümea University. “Many of us have tried to change things in last 10 years with meager success. When it comes to things like this, people listen to organizations like Greenpeace more than they listen to scientists.”

The Luxembourg-based court ruled that crops created using Crispr and other gene-editing techniques are subject to a 2001 rule that imposes big hurdles for GM foods. The law exempts mutagenesis techniques such as irradiation, which changes an organism’s DNA but doesn’t add anything new. But it will apply to Crispr and other gene-editing techniques that use a form of molecular scissors to cut out bits of genetic material from the genome.

Despite studies by European, British, and UN health agencies about the safety of genetically modified foods, European consumers have long opposed them, arguing that they benefit multinational corporations and harm the environment. US regulators say gene-edited crops don’t pose a problem because they are identical to ones developed through traditional cross-breeding techniques. In the United States, the Food and Drug Administration and the Department of Agriculture regulate biotech crops. Gene-edited soybeans, flax, wheat, and other crops are preparing to enter the US market in the next year or two.

But today’s European ruling may have bigger consequences in Africa, which is just beginning to see Crispr deployed to speed up plant breeding improvements.

Nigel Taylor, an investigator at the Danforth Center for Plant Science in St. Louis, runs cassava breeding projects in Kenya and Uganda. He’s using Crispr to eliminate genes that cause the cassava brown streak disease, which can wipe out entire fields of the staple plant. He had just stepped off a plane from Kenya when he saw the news about the ruling.

“It’s incredibly disappointing and very frustrating,” Taylor said from the St. Louis airport. “There’s a need in Africa for smaller farmers to secure their food supply and that means creating better crops. With climate change and urbanization, it’s important that agriculture can adapt. Gene editing was going to be a powerful tool to achieve that and it’s faced a setback.”

The EU is Africa’s largest single trading partner, receiving nearly $16 billion in agriculture and food imports in 2017 from Africa, according to the European Commission. That means African farmers hoping to sell to European markets might not be able to take advantage of gene-editing improvements.

Bode Okoloku grew up in Nigeria and is now an assistant professor of plant science at the University of Tennessee. He is researching the genetics of African sweet potato and corn varieties and works with breeders throughout the continent. “I think it might be the fear of the unknown that is driving the recent law,” he says.

Crispr gene editing techniques are easier, faster and don’t require as much lab equipment as traditional GMOs, according to Okoloku. That’s why he and other scientists believe Crispr could be used by African plant scientists to create new plant strains needed in each country. “Using Crispr is more promising than developing traditional GMOs,” he says.

Okoloku said that African scientists haven’t done a good job influencing policymakers in their countries about the risks and benefits of gene-editing as compared to GMOs. Danforth’s Taylor says the new ruling could stall his cassava gene-editing research projects in Uganda and Kenya. “The funding bodies that support the work will be asking questions, they want to see delivery to the farmer,” says Taylor. “There are hundreds of millions of small farmers who could have gained from that technology and that is now less likely.”

GizmoCrazed - November 19, 2017 0
We are now walking through a media desert. While access to content is astronomically high, the content that we read is dead, lifeless, and...

Watch a Magnetic Material Skitter Around

Can a robot teach kids coding? This one can!