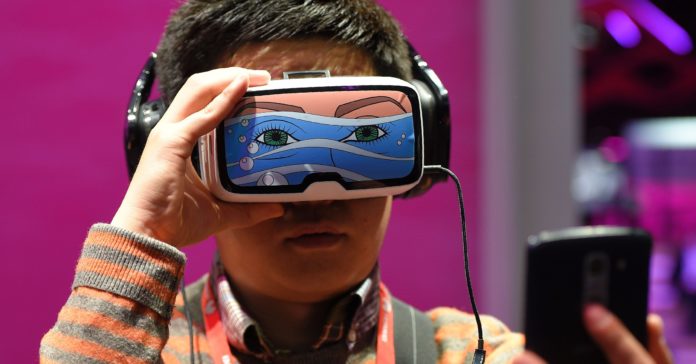 Like a lot of people, you probably spend a fair bit of time worrying about how much time you spend on your phone. Who doesn’t these days? But what really concerns you is the youth. What is all that swiping and snapping and gramming doing to their still-developing brains? Surely somebody’s studied this—the effect of all this screen time. So what have they found?

Well, to be honest: nothing conclusive. At least not yet.

On Thursday, Colorado senator Michael Bennet introduced legislation that would give the National Institutes of Health $65 million to investigate technology’s impact on infants, children, and adolescents. Called the Children and Media Research Advancement Act, or CAMRA for short, the bill would see that money distributed over the next five years, to researchers studying how things like mobile devices, social media, and virtual reality affect the way kids think, grow, and socialize.

The bill, which is cosponsored by Democratic and Republican legislators and has received endorsement from Facebook and Common Sense Media, is a direct response to two things. The first is society’s mounting concern over its problematic relationship with technology. (For those keeping score at home, anxiety over the attentional demands of our devices has, in a matter of months, spawned a robust global movement devoted to digital wellbeing; led penitent C-suite tech executives to lament the collateral damage of their creations; and compelled companies like Facebook, Google, and Apple to release features designed to help users not use their products.) The second is the dearth of evidence that a truly problematic relationship exists.

“Congress has a vital role to play on matters of public health, but we must act based on sound evidence,” senator Bennet said in a statement. In May, he and Hawaii senator Brian Schatz sent a letter to NIH director Francis Collins asking what the scientific consensus was on things like tech addiction, the public health effects of social networking apps, and the effects of device use on childhood development.

Collins’ response was thorough, including references to recent studies and literature reviews, but it essentially amounted to a shrug: No scientific consensus exists on how tech addiction should be defined or even measured. Studies on the cognitive, behavioral, and social effects of smartphones and apps has been limited and inconclusive. Regarding the state of research on devices and childhood development, Collins says researchers are still gathering evidence on how best to balance technology’s “obvious benefits” with its “potential harms.”

CAMRA would go a long way toward helping researchers gather that evidence. The NIH currently devotes little money to the investigation of technology’s role in dependence, mental health, and childhood development—a glaring oversight, according to University of Connecticut psychologist Nancy Petry, who recently passed away. Last year, she was awarded the first-ever grant from the NIH to study treatments for kids with unhealthy gaming habits. When I spoke with her in May, she said she felt fortunate to have received the grant but doubted whether the NIH would fund similar research going forward. The NIH, she said, funds a huge percentage of the world’s substance abuse research, yet funds almost no investigations on technology, internet, and gaming disorders. As she said at the time: “The NIH needs to consider their research portfolio for this, because there currently is no portfolio for it.”

65 million dollars could change that in a big way, if the bill becomes law. Which, given its track record, is far from certain. This isn’t CAMRA’s first appearance in Washington; Senator Joseph Lieberman originally introduced it in 2004. His bill recognized what it then called a “paucity of research about electronic media ” (turns out this stuff is hard to study!), and sought to address that insufficiency by providing the NIH tens of millions of dollars over the course of five years, to distribute as it saw fit.

But the bill never made it past committee hearings. It’s been reintroduced several times since then—in 2005, 2006, and 2007—but has never made it into law. So what does CAMRA have going for it today that it didn’t a decade ago?

For starters: The ubiquity—and tremendous capabilities—of today’s digital devices. The last time CAMRA made an appearance in the Senate was March of 2007, three months before Apple unleashed the first iPhone on the world. Lieberman’s version of the bill authorized the distribution of grants for research on “electronic media television, motion pictures, DVDs, interactive video games, digital music, the Internet, and cell phones.” Since then, the slab of glass in your pocket has come to encompass everything else on the list (along with social media, apps, AI, and virtual reality), to say nothing of the speakers in our homes and headsets on our faces.

The go-anywhere, be-anything nature of today’s devices is one reason advocates for humane technology argue they pose a greater threat to society’s well-being than past technologies. It may also be why today’s incarnation of CAMRA benefits from the support of a diverse group of legislators: six senators (three Democrats and three Republicans) and two congresspersons. “The Lieberman bills did not attract such bipartisan attention, which I think indicates the difference between the reaction to video games in the 2000s vs the reaction to digital devices and media today,” says a policy adviser to Senator Bennet. “I’m sure the concerns over video game violence were similar to the concerns about tech addiction, but this moment may be different given the environment we’re in.”

If it’s different enough to see the bill become a law, it could give a sorely needed boost to the study of digital well-being. That’d be good news for the youth—and probably the rest of us, too.