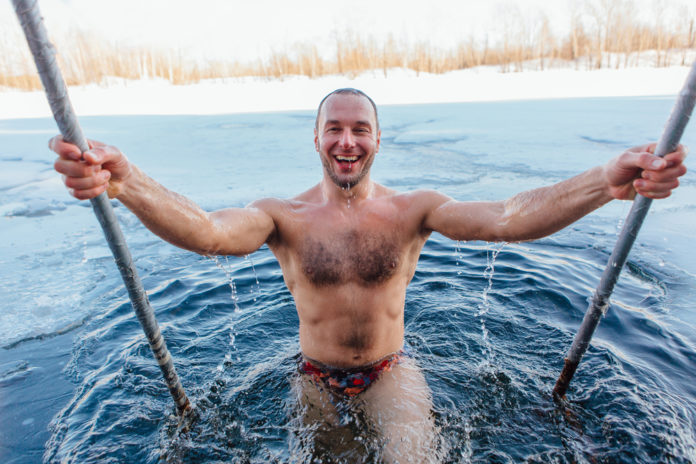 Did your dad like to take cold showers? Or perhaps he was a ski buff, or an open-water swimmer.

It’s too late now, but you very might well wish that your paternal progenitor had a fondness for cold temperatures. A new study published Monday in Nature Medicine shows that mice exposed to cold temperatures sire offspring that are both slimmer and healthier on high-fat diets than those whose fathers were kept warm.

Chilling mice to see what happens to their kids is an odd experiment to perform out of context, but it’s actually building on a pattern researchers have picked out before in humans. Researchers have noticed that they can tie certain characteristics to birth season, and Body Mass Index (BMI) is one of them. Those conceived during colder months tend to be a little slimmer on average, one 2000 study noted, and it builds on other work showing that our parent’s environment can leave its mark on their children.

It’s a concept called epigenetics, and though it’s still yet to be fully understood, the idea is that, in some cases, environmental factors can change our DNA, and will thus be passed down by sexual reproduction. In this case, people whose parents were living in a colder environment when they had a child may have passed on some physiological adaptions to their offspring.

This is a difficult hypothesis to test fully in humans, though, so researchers from Switzerland instead turned to mice. They exposed a few groups of mice to the cold at different times, let them mate and then studied the resulting offspring to see if their physiology had changed as a result. The biggest difference they found was between mice whose fathers had been exposed to cold before conception and those who had not. A freezing father, it turns out, was correlated with a better ability to burn brown adipose tissue (BAT), also known as brown fat, and a healthier metabolism overall when on a high-fat diet.

Brown fat is something we all have, though many of us might wish we had more of it. Or, more specifically, that our white fat was brown fat. White fat is the normal kind, and it’s fairly hard to burn — brown fat, by contrast, is what our body turns to to stay warm, and it burns relatively easily. As such, it’s easier to lose weight if you’ve got more brown fat.

The mice with cold-exposed fathers were better at burning brown fat, so they ended up slimmer, the researchers say. They also had better insulin sensitivity and glucose uptake, resulting in a better metabolism. They tie this to the presence of relatively more brown fat in the offspring and an increased expression of the UCP1 protein, which enables them to burn it. Both abilities come from a series of genetic modifications. The ability to burn more brown fat came from their parents, in other words, and the researchers say they narrowed the change down to just the paternal lineage — to the sperm itself, more specifically.

The crucial genetic tweaks that give the children of cold fathers improved metabolic performance probably happen in the testes, the researchers say. Because they’re outside the body, the testes are more susceptible to temperature fluctuations, and when it gets cold the sperm’s DNA seems to respond with a series of genetic changes that allow for more UCP1 expression and brown fat build-up

It makes sense on an evolutionary level — burning brown fat makes us better able to withstand the cold, and if an Ice Age rolls in, the fathers who can better equip their children to survive stand the best chance of continuing their lineage. And the results line up with broader trends between birth season and BMI already seen in humans, though the researchers caution that we have no direct evidence that cold exposure ups brown fat burning in humans yet.

Still, if you’re planning on having children, a little cold couldn’t hurt, right?

This powerful electric toothbrush is an affordable alternative to Sonicare, and...