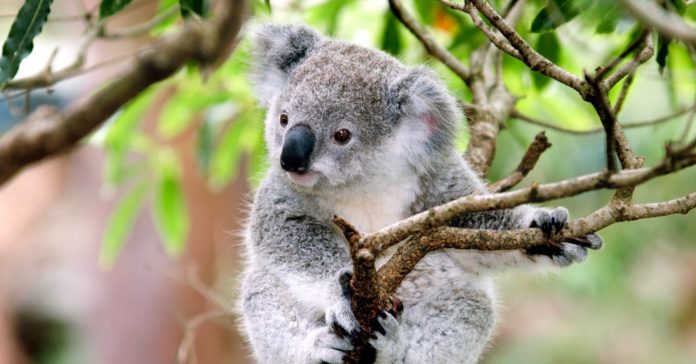 You really gotta feel for the koala. It lives exclusively on poisonous eucalyptus leaves, which limits its feeding options. Habitat destruction has splintered the species into isolated populations. And as if that weren’t enough, koalas are suffering a chlamydia epidemic. All told, Australia’s iconic tree-dwelling marsupial is in serious trouble.

What appear to be disparate threats to the species are in fact all united by an invisible force: genes. It’s genes that allow the koala to dine on not just eucalyptus, but particular species of eucalyptus, and genes that partially determine how well an individual can fight chlamydia. Inbreeding, of course, is responsible for new health challenges in the siloed populations. And it’s genes that are the key to saving the species.

To that end, researchers today announced that they have sequenced the koala genome, revealing how they might leverage the animal’s DNA to inform its conservation. And the koala is not alone: Sequencing technology is fundamentally changing how conservationists fight to preserve at-risk species, from mountain lions to blunt-nosed leopard lizards.

To manage its eucalyptus-exclusive diet, the koala is equipped with special enzymes that break down the toxic molecules and expel them, which scientists suspect happens through urine. These enzymes are controlled by genes the koala has evolved over millions of years. “They’re super-detoxers compared to all other species that have had their genomes sequenced,” says conservation geneticist Rebecca Johnson, lead author on the new study in Nature Genetics.

Among the 27,000 genes in the koala genome, how can scientists find the ones that control these enzymes? Thank evolution. Every organism is related to every other organism because we all descended from a single ancestor billions of years ago, so we share genes that stuck with us critters as we all went our separate ways on the tree of life. Even Drosophila, aka the fruitfly, shares genes with koalas and humans. Scientists have long tinkered with its genes in the lab, switching them on and off to manifest different traits. “So even something that’s knocked out in Drosophila, and is lethal or has certain effects on development, can probably be somehow extrapolated to other organisms,” says Johnson.

This is how researchers can look at the koala genome and see how the species is genetically supercharged to digest a plant that’s poisonous to other mammals, namely the cytochrome P450 gene family. These genes have suited the koala for millennia, but development in the form of housing and highways has isolated populations of koalas, both physically and genetically.

“Maybe they detox specifically for different environments,” says Johnson. “If that is the case, then that would be really important for their survival.” If you were to try to relocate a population to a better environment, for example, it might not be able to handle the local cuisine.

This genetic knowledge would also be useful for rehabilitating mystery koalas. “If an animal has been brought into care,” says Johnson, “and no one actually knows where it came from, we could potentially look at its genetic profile and assign it to a population that it’s most similar to, which is most likely where it’s from.”

Then there’s the chlamydia, which blinds and sterilizes koalas and leads to severe urinary tract infections. Fully 40 percent of koalas that land in wildlife hospitals in Queensland and New South Wales are diagnosed with late-stage chlamydia and can’t be rehabbed—blindness means they can’t forage or avoid predators.

But here too genetics will help. Researchers can look at what genes switch on when the animals get sick, and by comparison what’s going on in the genes of healthy animals. This can inform how the researchers develop vaccines to protect koalas from chlamydia. “We’ve looked at a preliminary overview of what the immune gene profile looks like for animals that have had a vaccine and recovered, and animals that have had the vaccine and have not,” says Johnson. “So it can be used to refine the vaccine through an iterative process.”

Koalas aren’t the only ones getting the genomic treatment. In California, another iconic mammal, the mountain lion, is also facing threats from development. A highway in Southern California has isolated a population in the Santa Ana Mountains from populations in other ranges.

Isolation, generally speaking, is bad news—and genetic testing here shows it. “The mountain lions in the Santa Ana Mountains were genetically restricted, meaning that they had a very low population size, low genetic variation, and inbreeding,” says Trish Smith, an ecologist with the Nature Conservancy.

Sure, Smith and her colleagues could look for known symptoms of inbreeding in mountain lions, like kinked tails. But it’s the things you can’t see that pose the biggest threat to the predators. “Things like low reproductive rates because of low sperm counts or heart defects,” Smith says. “When they have those sorts of defects, it becomes more and more unlikely that they’ll be able to persist.”

The solution is both simple and daunting: Encourage the mountain lions to cross the road. To do that, though, engineers will have to build special overpasses or underpasses and hope the predators take notice. Only then will the populations unite and breed, thus boosting genetic diversity, which conservationists can track with continued genetic testing.

And this kind of work isn’t limited to mammals. The Nature Conservancy is also using genetic data to inform the restoration of the blunt-nosed leopard lizard, determining which populations might be better suited for a warming climate and should therefore be prioritized.

It’s infrastructure that will save the mountain lion, but like with the koala, genetics underlies all of this. Cheap genetic testing is increasingly helping conservationists better diagnose problems and inform solutions to those problems. For all the destruction we as a species have wrought, we can yet use technology to right our wrongs.

GizmoCrazed - October 8, 2016 0
An improved titanium alloy stronger than any commercial titanium alloy currently on the market gets its strength from the novel way atoms are arranged...

Please Do Not Assault the Towering Robot That Roams Walmart