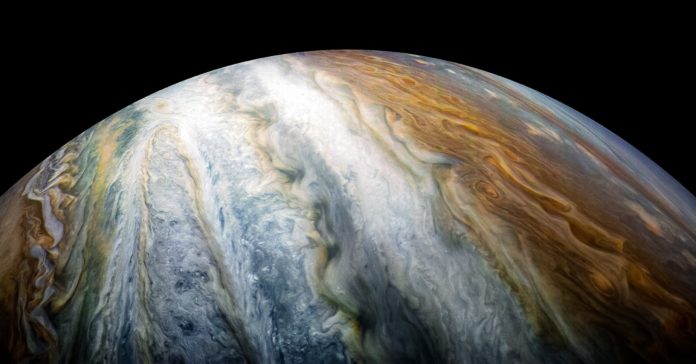 Sometimes a search for one thing presents the chance to look for something else. If you’re like me, that something else is usually something small: Rummaging in the couch cushions for the TV remote might prompt you to dig for spare change. Two birds, one stone, etc. But if you’re astronomer Scott Sheppard, the second bird occasionally turns out to be a doozy.

Or several doozies. Like, say, a dozen previously unknown moons orbiting Jupiter, the discovery of which was announced Tuesday by the International Astronomical Union.

“We just wanted to be as efficient as possible,” says Sheppard, an astronomer at the Carnegie Institution for Science in Washington, DC. Since 2012, he and his team have been using the Dark Energy Camera—an exquisitely sensitive instrument the size of a small car, mounted to Chile’s Blanco 4-m telescope—to search for celestial bodies at the fringes of the solar system. But early last year, the researchers realized that the DECam would soon survey a patch of sky that overlapped perfectly with Jupiter. They decided to adjust their instruments to look not only for distant objects well past Neptune and erstwhile-planet Pluto, but relatively close ones in the vicinity of the gas giant. You know, while they were in the neighborhood.

Various groupings of Jovian moons with the newly discovered ones shown in bold. The ‘oddball,’ called Valetudo after the Roman god Jupiter’s great-granddaughter, has a prograde orbit that crosses the retrograde orbits.
Roberto Molar-Candanosa/Carnegie Institution for Science

Astronomers had surveyed this area before, but Sheppard’s team reasoned that the DECam would spot smaller, darker objects that older instruments overlooked. The plan was simple: subtract previous images of the planet and its surroundings from those captured by their powerful new camera. Anything left stood a good chance of being a never-before-seen object—and, potentially, a Jovian satellite.

Within days they’d spotted close to two dozen candidates. Then came more than a year of waiting. They needed time for follow-up observations, to see which of the space rocks moved like moons (i.e. in predictable orbits) and which did not. “The most exciting moment came in May of this year, when 12 of the objects showed up where we expected them to,” Sheppard says. Tuesday’s announcement makes it official: Sheppard and his colleagues have discovered 12 new objects orbiting Jupiter, bringing the grand total of known Jovian satellites to 79.

The mere existence of these newly discovered moons provides missing clues about the formation of the solar system. And the peculiar orbit of one of those satellites, in particular—a small object, no more than half a mile across—could explain how many of Jupiter’s other moons came to be.

Jupiter’s satellites orbit the planet at three different distances. Circling closest are the four largest, aka “Galilean,” moons. Farther out, at a distance of around 6 million miles, is a smattering of smaller satellites that course around Jupiter in a “prograde” orbit, meaning they circle in the same direction that their parent planet rotates. Sheppard’s team found two such satellites in their search. More remote still, traveling around Jupiter at about twice the distance of the prograde group, is a swarm of retrograde objects—small satellites whose orbits move in the direction opposite Jupiter’s rotation. Sheppard’s group identified nine new moons from the retrograde group. (For those of you keeping score at home, that brings the number of newly discovered moons to 11.)

Astronomers have long wondered where Jupiter’s retrograde moons originated. They encircle the planet in three distinct clusters, which suggests they are what remains of a trio of parent bodies that disintegrated long ago due to… something. A leading hypothesis is that these parent bodies collided with another celestial object, identity unknown. An interloping comet maybe, or a rogue asteroid. A moon-moon collision could have done it, too, but for a long time, the likeliest lunar impact candidate—a prograde satellite moving in the opposite direction of a parent retrograde satellite—seemed improbable. Prograde moons and retrograde moons encircle Jupiter at such vastly different distances, it was hard to imagine them colliding headlong with one another.

Which is exactly what makes the twelfth newly discovered moon so interesting. It’s a prograde object, but its orbit—which is unlike any known Jovian satellite’s—carries it directly into the paths of moons from the outer, retrograde group. “It’s basically driving down the highway in the wrong direction,” Sheppard says, “and it makes for a very unstable situation.”

The researchers named the wayward moon Valetudo, after the Roman god Jupiter’s great-granddaughter. It was the faintest of the objects Sheppard’s team observed, which makes it not only the palest Jovian moon ever discovered, but likely the smallest, as well. The researchers estimate it’s no larger than half a mile in diameter—a result, Sheppard hypothesizes, of the unstable situation produced by its peculiar orbit. “Valetudo was probably much bigger at one point, perhaps as much as tens of kilometers in diameter, but it likely collided with one of the original parent retrograde objects and broke it apart,” he says, giving rise to multiple smaller retrograde objects and pulverizing Valetudo into a fragment of its former self.

May 2018 recovery images of Valetudo from Carnegie’s Magellan telescope at Las Campanas Observatory in Chile. The moon can be seen moving relative to the steady state background of distant stars. Jupiter is not in the field but off to the upper left.
Carnegie Institution for Science

These findings have implications well beyond the orbit of Jupiter. “The truth is we still don’t totally understand the order of operations for how the planets and their satellites formed and migrated in the early solar system,” says Sarah Hörst, a planetary scientist at Johns Hopkins University who was unaffiliated with the study. All of which, by the way, has big implications for our understanding of Earth—how and when it formed, how many volatile compounds arrived here from elsewhere in the solar system, how it got water and developed an atmosphere. These new moons, Hörst says, and Valetudo in particular, serve as crucial missing pieces in a puzzle about the formation of our solar neighborhood. “And each of those pieces is super important, even if you can’t find every single one. Because at some point you have enough pieces assembled that you can tell what the picture is, even if part of it is missing.”

Other times, adding new pieces reveals gaps in the puzzle. For instance: What are Valetudo and the other newly discovered moons made of? Sheppard and Hörst both say that understanding the material makeup of these objects is a logical next step. Trouble is, these satellites are faint and hard to observe; studying them more closely would likely require a spacecraft visit. “And that’ll probably never happen,” Hörst says. In the grand scheme of things, a mission to some tiny Jovian satellite isn’t likely to be greenlit by NASA or any other agency.

But there’s hope. Every five to ten years, we humans send a spacecraft to Jupiter—sometimes to orbit, other times for a gravitational assist on the way to some other destination. Perhaps one of those spacecraft could swing by Valetudo for a closer look. You know, while it’s in the neighborhood. Two birds, one stone, etc.