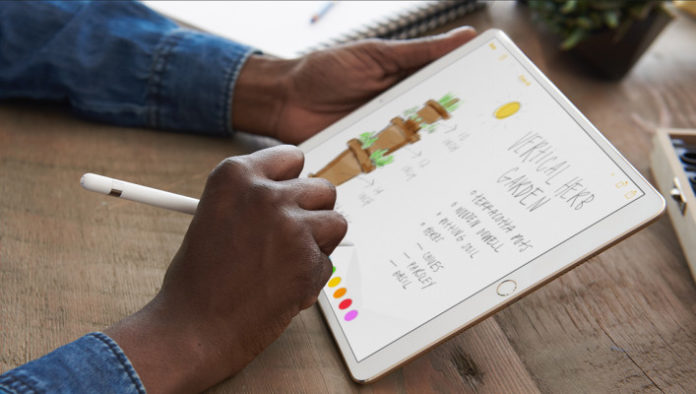 Adobe currently has three dozens apps in the App Store. But one app is still missing. According to a report from Bloomberg, the company could be working on a full-fledged version of Photoshop for the iPad. And it makes sense for a ton of reasons.

First, it’s clear that the iPad has become powerful enough to run complicated image editing software. Just two days ago, Serif launched Affinity Designer for the iPad, an Adobe Illustrator competitor. You can also look at benchmarks to find out that the iPad Pro is now more powerful than most mid-range laptops.

Second, now that you can effortlessly sync your files and projects across multiple devices, many people work using multiple devices. It’s been true for many years if you’re just working on a Microsoft Word file on your work computer and your personal laptop for instance. Maybe you use Dropbox or OneDrive to stay on the same page. But it’s also true with huge media libraries now.

A few years ago, people looked at their devices based on contexts. Maybe you had a work laptop, a couch-computing iPad, a big desktop computer for games, etc. But this is a thing of the past now that you can literally work from all your devices.

And when it comes to Photoshop, the Apple Pencil and touch screen makes the iPad a particularly useful device. Maybe you need a big screen to look at a photo, but maybe you want to use the Apple Pencil to interact with the photo.

Bringing Photoshop to the iPad could let you seamlessly work on the same file across multiple devices, switching back and forth between those two devices. Illustrators could really use this kind of flexibility and ditch their Wacom tablet.

You might remember that Apple has put together a Pro Workflow Team for the same reason. You could imagine launching Final Cut Pro X or Logic Pro X on an iMac and on an iPad to interact with a project in different ways. Apple may not be working on Macs with a touchscreen, but it’s clear that there will be ways to interact with a creative project using your finger or the Apple Pencil.

Finally, bringing Photoshop to the iPad makes sense on a business model perspective. Now that Adobe has shifted to a subscription model, the company needs to increase stickiness as much as possible. If you end up spending more time in Adobe apps because your favorite app is on all platforms, you’ll keep paying for Creative Cloud every month.

This project will be an engineering achievement. But this isn’t the first time Adobe is developing a single app for multiple platforms.

Bloomberg says that we might hear more from Photoshop for iPad at the Adobe Max conference in October. Adobe’s chief product officer of Creative Cloud Scott Belsky confirmed that the company was working on releasing these new versions as quickly as possible.