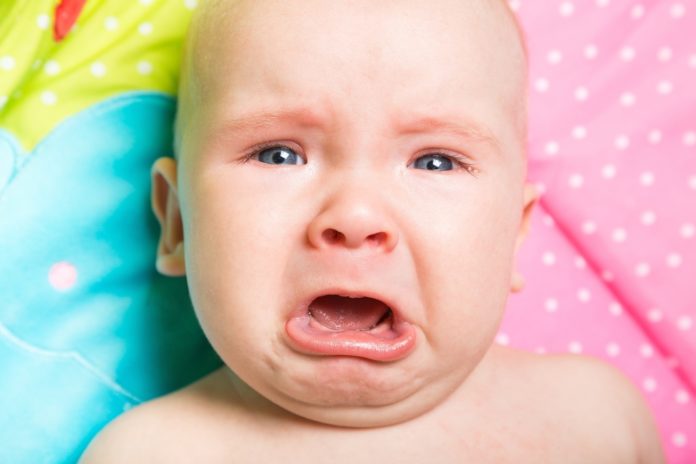 By his baby bawls, we may know the next James Earl Jones.

According to a team of scientists from the United Kingdom and France, babies’ cries may accurately predict their voice pitch later in life. This, researchers say, is an indication that your golden pipes were tuned long before puberty, potentially even in the womb.

What we do with this information is unclear, but their finding is certainly worthy of adding to the your-body-is-a-fortune-teller collection. You know the classics: finger-length predicts speed and aggression; index- and ring-finger digit ratios predict masculinity; the waist-to-hip ratio predicts health; facial shape predicts perceived height and leadership ability. The list goes on.

Here’s how the baby-cries-predicts-adult-voice ditty came together.

Bawl to the Future

For their study, researchers weren’t entering unprecedented territory. A previous experiment found that voice pitch at age seven predicted 64 percent of the variance in pitch at adulthood. Basically, accounting for all other factors – size, sex, weight, etc. – a person’s voice at age seven was the best predictor of a person’s voice later in life.

So, the U.K.-French research team asked the next logical question: Can your voice as a baby predict how you’ll sound as an adult? To answer it, researchers pulled out recordings of crying, four-month-old babies they captured years ago for a different study (parents all consented, of course). Then, they reconnected with those babies, now 5 years old, to record their voices today (again, parents were cool).

They found that the pitch of babies’ cries at four months of age was a significant predictor of their speech pitch at age five. Layer that previous study about seven-year-olds on top of this one, and it would appear it’s possible to determine a person’s future voice pitch very, very early in life. Researchers say their voice frequency findings were also positively correlated with the 2D:4D digit ratio, but only in the right hand.

Researchers published their findings Tuesday in the journal Biology Letters, but there are a few caveats. First of all, there were only 15 children in the study, as it is difficult to record people as babies and then 5, 10, 15, 20 years later. We’ll need larger follow-up studies. Also, girls were underrepresented in the study, so future examinations would balance the equation.

Time will tell if these findings hold up under further scrutiny. But, who knows, maybe by 2050 we’ll be watching a show called “America’s Got Talent and We Know It Before They Did,” which follows celebrity judges as they scour maternity wards tuning their ears for the iconic voice of a new generation.

The Very Vortex-y Science of Making Snow From Boiling Water

GizmoCrazed - February 8, 2019 0
I guess it's a mixture of boredom from staying home in the super-cold weather and access to the internet that causes this problem. What...

A Bionic Leaf that can be burned as fuel?

Typography Designs to Stand Out

Top 10 Reasons We’re Not As Powerful As We Think We...