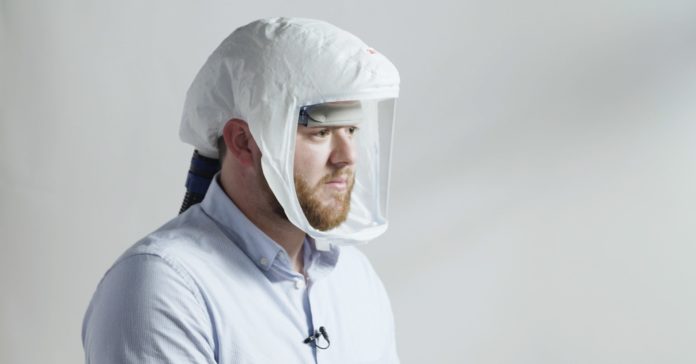 The 18-foot pythons in Uganda’s Python Cave don’t bother Brian Amman too much. It’s the black forest cobras that worry him.

“They’re extremely venomous and known to be fairly aggressive,” says Amman, a disease ecologist with the US Centers for Disease Control & Prevention. A single bite from one of the 10-foot snakes can kill a human in as little as 30 minutes. “Although we’ve not had any encounters,” he explains, “because they’re in there with all this food.”

In 2008, Amman found himself in Python Cave looking for that food source: a population of roughly 50,000 Egyptian fruit bats. Scientists believed they could be carriers for Marburg virus, a hemorrhagic fever virus closely related to Ebola, and they were studying the bats’ behavior to try to understand how the disease spreads from animals to humans.

Amman is one of the CDC’s elite team of disease detectives, who travel the world to study dangerous viruses and bacteria in the hope of preventing human illness and death. He goes in prepared, carrying traps and nets (and even pillowcases) to catch and transport the bats.

Then he and his colleagues get to testing their hypotheses about the animals.

“We think the bats with Marburg virus are going out and they’re going into farmers’ cultivated fruit crops,” Amman says. “They’ll give it a little bite.” Sometimes they’ll leave it behind on the ground, still carrying live virus. “If the next day or the next morning some child or some family pet comes along and eats that fruit,” he says, “it could very easily start the next outbreak.”

So once Amman and his colleagues have caught the bats, they glue tiny GPS “backpacks” on their backs to track their movements. When the bats leave the cave, the GPS unit is activated and begins recording their location. When they return at dawn, the information is downloaded wirelessly and they are able to map the movements of the bats.

“We can actually sensibly build a risk map and determine what areas in this particular vicinity are going to be at risk for exposure to Marburg virus,” Amman says. That helps the CDC and other global health organizations deliver critical public health information. “We can get the message out that, ‘Hey, don’t pick up fruit off the ground. If it’s been bitten, leave it alone.’”

It’s all about protecting the public—but, along the way, Amman will still have to protect himself. He brings a wide array of protective gear with him. There’s everything from Tyvek suits to protect his skin and clothing, powered air-purifying respirators to filter air from contaminants, Kevlar-lined chaps to protect his legs from snake bites, and turtle-skin gloves (usually used by law enforcement officers) to protect from bat bites.

Watch the video above to hear more about the gear Amman and his colleagues at the CDC use in the field.