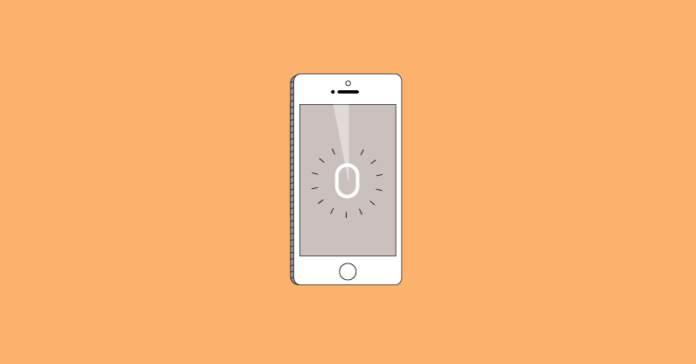 On Monday at its annual developer’s conference, Apple unveiled several new features designed to help users understand and manage the time they spend on their iOS devices. There’s new time-and location-based Do Not Disturb modes; a suite of notification-management tools; and a clever lock screen feature that organizes your push alerts into tidy little topic-specific bundles. By taming your notifications, Apple seemed to say, you can limit distractions and better manage your time on and off your phone.

Speaking of time management: Apple introduced a tool to help with that, too. The company calls it Screen Time. It tracks things like which apps you use, how often you pick up your phone, and how frequently your apps buzz you for your attention. Once a week, Screen Time collects that data into a report so you can reflect on your usage habits and decide whether and where to cut back. Need a little help controlling your impulsive Twitter habit? Screen Time also lets you set limits on how much time you spend in specific apps. When you hit your quota, your phone will block the app from opening and tell you to move along.

It’s hard to say how useful these tools will be in practice. As I wrote last month, when Google announced its own suite of screen-time-monitoring tools, there’s been very little rigorous, peer-reviewed research on the subject of what many people now refer to colloquially as technology addiction, and even less on how specific features might help people manage their time on a device. And even if that data existed, Apple didn’t consult with researchers while developing its new features. Meanwhile, technology companies have for years finely tuned their products to be as alluring as possible. The opposite concept—that of designing apps and devices to be less seductive—is largely uncharted territory among scientists and tech giants alike.

But instructive data does exist. Much of it belongs to small digital-wellness companies like Moment, a screen-tracking app for iOS. For years, Moment has collected data on what does and doesn’t work when it comes to time management tools. I asked Moment CEO Kevin Holesh to analyze the effectiveness of his app’s “Force-Me-Off” feature, which, like the “App Limits” feature Apple announced Monday, notifies users as they approach a pre-designated screen time limit and prevents them from using their phone when they exceed it.

Holesh ran the numbers on all 1.3 million of his active customers. Among those who had used the app to track their usage habits for at least 30 days, 57.39 percent of them had decreased their daily usage by an average of 24 minutes. Not too shabby. Those numbers suggest being aware of one’s digital habits may help some people reduce their time-on-device. But setting limits seemed to have a much smaller effect: Among long-term Moment users who imposed restrictions on their screen time, 58.89 percent of them reduced their time-on-device by an average of 26 minutes. The data suggest that if limit-setting has an effect on people’s self-policing, that effect is very small. “It’s a step in the right direction,” Holesh says, “but it’s a tiny step—more like a half step.”

Of course, limits might be more effective if they completely prevented people from using their phones. Both Moment and Apple allow users to bypass their self-imposed restrictions. “And those limits are laughably easy to overcome,” says Gabe Zichermann. An expert in the design of alluring games, Zichermann in 2011 wrote the book on how companies can use gamification techniques to create “sticky, viral, and engaging” apps. But today, Zichermann counts himself among tech’s turncoats: He devotes himself to finding a cure for what he calls tech overuse—and his methods are more extreme than Apple’s and Moment’s.

His app, Onward, enables users to completely cut themselves off from problem apps with a feature called Blocking. Users schedule a time of day or designate a time limit for using specific apps. When you hit your limit, that’s it. No more. Short of deleting the Onward app, users have no choice but to abstain from the blocked app until the following day.

And Zichermann says it works: In a four month trial involving 1,366 Onward users, 89 percent of Blocking users reduced their device usage, and 62 percent of then reduced the frequency of their attempts to use their device. (Zichermann did not give specifics on the amount of time users saved.) Among Onward users, stricter restrictions seemed to help people use their phones less, and less often.

If Apple were serious about providing users with evidence-based time management tools, Zichermann says, the company would have worked with third party experts, like psychologists and behavioral scientists, while creating these new features. Instead, Apple solicited feedback on its finished products from organizations like Common Sense Media and people like Arianna Huffington. (Yes, that Arianna Huffington.)

Apple could still consult with researchers, or adjust its time management tools, some time between now and this fall, when they’ll become available through iOS 12. It could also update its features going forward, as data on the effectiveness of this first batch of tools begins rolling in. The digital wellness movement is quickly gaining momentum, and Apple has only just dipped its toe into the zeitgeist; after all, the company spent just shy of seven minutes discussing its new time management features. In contrast, it lingered more than five minutes on Memoji (the new customizable Animoji feature). And later, it devoted another five to a woman using her Apple Watch to respond to text messages, change a dinner reservation, check her calendar, make sure her husband recorded their newborn’s morning nap, and chat with her daughter via the Watch’s new walkie-talkie feature—all while pedaling away on a stationary bicycle. Apple might want to help you manage how you use your devices, but the temptation to use those devices to do all the things all the time remains very much alive.