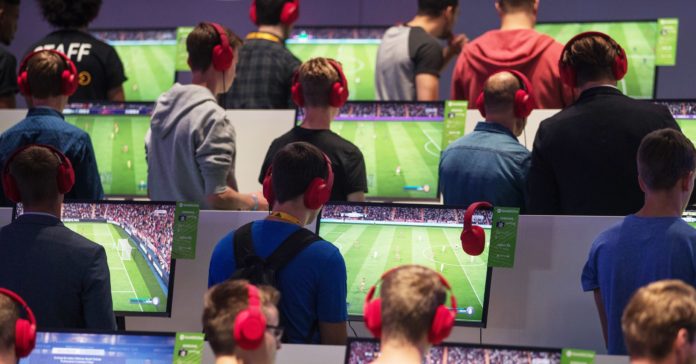 Troubling news for Fortnite-obsessives: The World Health Organization this week included “gaming disorder” as a new mental health condition in the 11th edition of its International Classification of Diseases. The WHO previously added the disorder in the draft for the ICD-11 earlier this year. Now it’s official.

The revision comes at a time when public concern over technology abuse is high and rising. Spurred by the burgeoning digital wellness movement, Apple and Google both unveiled tools in recent weeks designed to help users monitor and manage the time they spend staring at screens, including parental controls that restrict the time kids spend playing games.

But while experts generally lauded Google and Apple’s new tools as a step in the right direction, many of them have reservations about gaming disorder’s inclusion in the ICD.

“I don’t want there to be people classified with a mental disorder when they don’t really have one,” says University of Connecticut psychologist Nancy Petry, who in 2013 chaired the American Psychiatric Association subcommittee that considered adding “internet gaming disorder” to the latest edition of the Diagnostic and Statistical Manual of Mental Disorders. At the time, her group concluded there was too little evidence to list gaming addiction as a formal disorder, adding it instead to a section titled “Conditions for Further Study.”

Today Petry, who is leading the first NIH-funded study on gaming addiction, believes the evidence is still insufficient. That puts mental health experts in something of a pickle. Truth be told, the most salient question isn’t so much whether some people develop an unhealthy relationship with gaming. (Most experts agree that concerns over the allure of videogames are justified, that the subject deserves further study, and even that a small percentage of people may develop clinically problematic gaming habits.) It’s whether the existing research is solid enough to warrant official classification from the WHO. Unlike the DSM, the ICD-11 has no provisional categories, no appendix in which to list potential disorders as requiring more research. It’s all-or-nothing: A condition either goes in the ICD-11 or it doesn’t. As such, critics argue, the burden of evidence for a disorder’s inclusion, characterization, and treatment should be very high.

And at least right now, critics contend, that evidence doesn’t exist for gaming disorders. Many existing studies on the subject are of surprisingly low quality. A large number of them are statistically underpowered, relying on small sample sizes, and do little do clarify whether videogames cause psychological problems or are merely associated with them.

“Some of these gaming habits are likely coping strategies to deal with other underlying psychological challenges,” says Lennart Nacke, director of the Human-Computer Interaction Games Group at the University of Waterloo’s Games Institute.

These shortcomings are compounded by a lack of consistency across studies, not only in what they’re measuring but how they measure it. “There’s well over 50 different self-report scales used to study gaming disorders,” Petry says. In a very real sense, many gaming disorder researchers aren’t even speaking the same language.

As a result, estimates of the extent of gaming disorders vary considerably. But studies that rely on the DSM’s provisional criteria, which Petry helped develop, suggest that gaming disorder might affect between 0.3 and 1 percent of the population.

In absolute terms, that could translate to millions of people. (For reference: The National Institutes of Mental Health estimates the prevalence of schizophrenia and related psychiatric disorders to range between 0.25 and 0.64 percent in the US.) In other words: People with gaming disorders could very well constitute a clinically significant proportion of the population—a fact that only underscores the need for clear diagnostic criteria.

Consider the problem posed by the abundance of scales for assessing gaming disorders, many of which put too much weight on the amount of time spent gaming. Of course, someone who plays at all hours of the day, seven days a week, is more likely to have issues than someone who rarely puts finger to D-pad—but many people game 10, 15, 20-hours-plus per week and still live happy, productive, socially active lives. In the absence of clear diagnostic guidelines, critics say, the WHO risks stigmatizing healthy relationships with gaming. Conditions, experts fear, are ripe for overdiagnosis. “The rush to pathologize a behavior that might otherwise be healthy—it’s risky,” Nacke says. If, in identifying that one person in a hundred with a serious gaming disorder, you misdiagnose 10 others, that’s a serious problem.

“After you come up with diagnostic criteria, then you can come up with tests,” Petry says. “But in the field of gaming-addiction research, we’re going about everything backwards. Most of the scales we use aren’t good scales to begin with, and they provide no cutoff point for diagnosis.”

The WHO, for its part, thinks mental health professionals are equipped to identify that cutoff point for themselves, in patients whose gaming habits have carried severe repercussions in their personal lives for more than a year. Perhaps they are. But whether they’re equipped to avoid misdiagnoses remains to be seen.