The unique properties of graphene allow researchers to use electricity to control how much infrared light can pass through it. (Credit: Coskun Kocabas)

Harry Potter’s invisibility cloak seemed to do a good job of hiding him for many adventures after curfew, but what if the professors patrolling Hogwarts had thermal imaging technology? Would Harry’s cloak have obscured his body heat as well?

If not, he might want to upgrade his magical cloak with some nanoscience. In a paper released today in the journal Nano Letters, materials scientist Coskun Kocabas and his team announce that they’ve created a thin, flexible device that can disguise the temperatures of objects captured by thermal imaging in real time. Kocabas anticipates that this invention will improve camouflage technology and even allow researchers to better control how satellites in space dispose of heat.

Kocabas, now a professor of materials science at the University of Manchester, is interested in using graphene — a material made of thin sheets of carbon — to control light. Before coming to England, he led a research group at Bilkent University in Turkey studying graphene and its potential for real-time infrared camouflage.

He was inspired by the cuttlefish, a squid-like creature and expert in adaptive camouflage. “It can change its skin texture [and] color very fast and it can adapt itself and it will blend itself into the background,” he says. “We were really amazed with this ability, and we tried to mimic this in the infrared, and I think we were quite successful in that sense.” 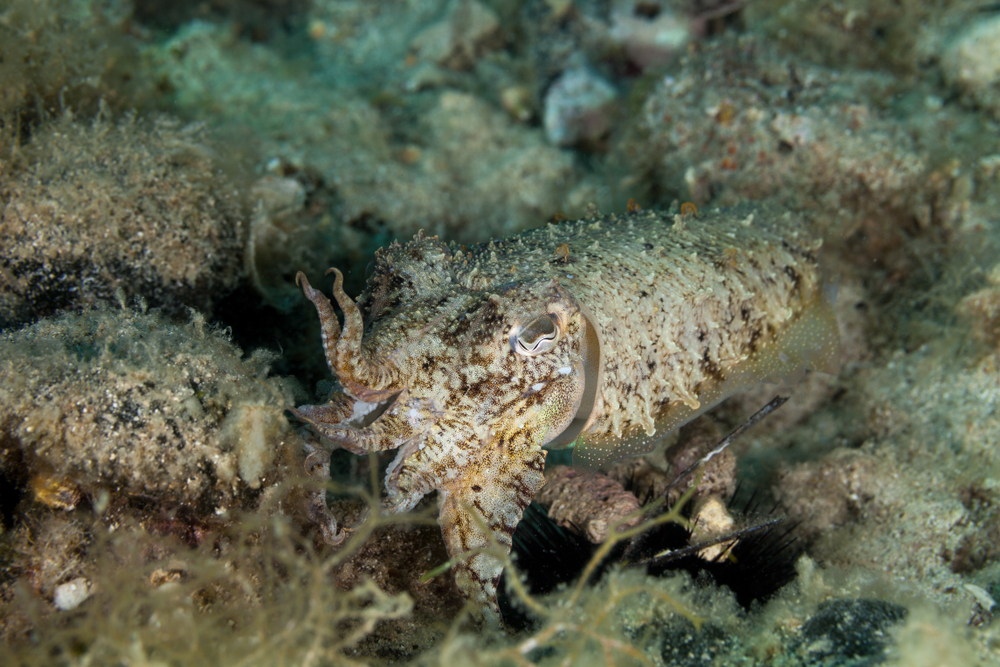 Kocabas’s device is roughly the width of a human hair, but it’s got a lot going on inside. It’s a lasagna of gold-coated nylon on the bottom, a plastic film soaked in liquid salts in the middle, and several layers of graphene on top. Electrical current runs through the device to pull ions up into the graphene layers, which allows less infrared light to pass through — and voilà! You’re hiding a heat source beneath this device from infrared cameras.

But that’s not all. For effective camouflage, you want whatever it is you’re hiding to look like the environment around it, not just a lightless void. To accomplish that, Kocabas and his team designed a feedback system that measures the temperature of the background environment and adjusts the device’s voltage to change the amount of infrared light emitted as needed to match the temperature of the environment. This allows the device to account for changes in the background temperature in real time, like the cuttlefish that can quickly change its appearance in a changing environment.

Another lesson Kocabas learned from the cuttlefish is the need to portray texture. Cuttlefish change their skins’ patterns as well as colors to blend in with their surroundings. As a first step toward creating patterns with the new thermal camouflage device, Kocabas and his team created a small 5×5 array of these devices. By controlling the voltage for each square of the array separately, they were able to create checkerboard patterns and spell out words visible in thermal imaging.

The next steps, Kocabas says, are to push the boundaries on the device’s infrared-transmitting capabilities. For now, this device is able to adjust its infrared-emitting capabilities within a range of about 30% to 80%. Kocabas isn’t sure why they haven’t been able to push beyond this range, but is excited to figure that out.

“We are really actively working on why we are limited [like] this. There’s some interesting physics there, so we are trying to understand that.”

GizmoCrazed - July 21, 2012 0
The Galaxy S III is one the hottest Android smartphones on the market, boasting a quad core processor and 1GB of RAM, and ,like...