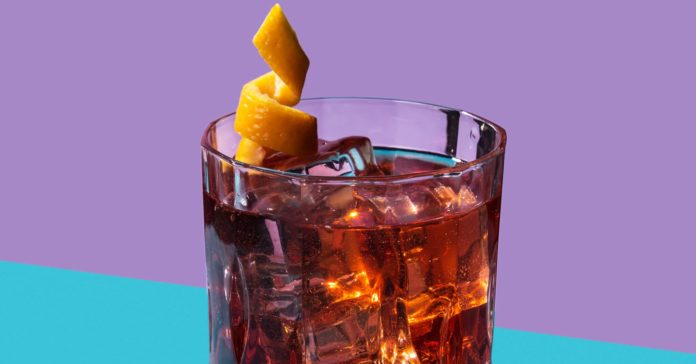 Not good either: “These interactions would undermine the perception of study objectivity and would call into question any potential findings.” And especially: “NIH will take necessary steps to arrange for an orderly closeout of the study.”

With those words, the National Institutes of Health last week euthanized the Moderate Alcohol and Cardiovascular Health Trial, after a press conference with Lawrence Tabak, principal deputy director of the NIH, and a report from the working group he headed to investigate MACH. The ambitious research project planned to look prospectively at the health benefits of drinking just one unit of alcohol a night—the first study of its kind, and one that booze researchers have been clamoring for.

MACH had been on life support at least since at least March, when the New York Times reported that officials from the National Institute on Alcohol Abuse and Alcoholism, part of the NIH, had aggressively courted funding from the booze industry to conduct the study … with the implication that it’d turn out, ahem, fine if they ponied up the cash. (Here’s our story on it.) On Friday—in the face of damning emails among NIAAA officials, alcohol industry representatives, and MACH’s principal investigator—the feds pulled the plug.

The working group found that NIAAA officials had circumvented an organization called the Foundation for NIH, which is supposed to act as a kind of firewall, soliciting philanthropic and industry funding for large-scale research while preventing those donors from influencing the studies’ methods or conclusions.

The report also said that MACH’s eventual principal investigator—a physician at Harvard’s Beth Israel Deaconess Hospital named Kenneth Mukamal—got inappropriate heads-ups about the specific things he’d need to do to get the grant. (“We stand fully and forcefully behind the scientific integrity of the MACH15 trial protocol and team,” Mukamal says in a statement. “Every design consideration was carefully and deliberately vetted with no input or direction whatsoever from private sponsors, who have had no contact regarding MACH15 with any study staff member since the study began.”)

Researchers in the US and abroad had already signed up 105 people of a planned 7,800 for MACH, to be randomized into drinkers and abstainers. NIAAA had kicked in $4 million of a planned $20 million. Donations of $67.7 million—mostly from the alcohol industry, as the Washington Post noted—will get returned, minus the $11 million or so the researchers already spent.

That’s a real bummer for alcohol researchers, many of whom gathered last week in San Diego for the annual meeting of the Research Society on Alcoholism (where, I should disclose, I received an award for my book Proof: The Science of Booze. The award came with no money, and WIRED paid for my travel and accommodations. I got a plaque.). In a presentation at the meeting, George Koob, the director of the NIAAA, said he was “grateful for the review” and that concerns over the study’s methodology and ethical problems meant that the institute “cannot justify continuing.”

Though Koob took over NIAAA after the approaches to industry, he too was under scrutiny. Koob had industry contacts as well—all disclosed, unlike those of the NIAAA administrators and MACH investigator, but still not a great look—and had, in emails and meetings in 2014 and 2015, vociferously asserted that his institute would stop looking into the effects of industry advertising on alcohol consumption. “For the record: This will NOT happen again,” Koob wrote to the lead scientist at the Distilled Spirits Council of the United States, an industry lobbying group, as Stat reported. (Another disclosure: Koob also got an award at the RSA meeting this week, and we sat next to each other at the awards dinner. Koob declined to answer questions.)

To this point, MACH and its cancellation feel like a reasonably straightforward—even refreshing—example of the American taxpayer-funded scientific research establishment policing itself (with the help of the press). The fact is, as long as institutional pressures tend toward scientists needing grants and industry providing funds, science will have to keep watch for this kind of failure.

The report largely exonerated Koob. While the institute had indeed moved away from looking at advertising, a careful look at NIAAA’s research portfolio showed that it was also spending more money on “intervention” studies that try to help people with alcohol disorders stop drinking. And for his email? “I guess I shouldn’t characterize people’s intents, but I think that was more of a reflexive type of response,” Tabak said at the press conference announcing the cancellation of the study. “I don’t think it reflects deep policy thinking, and, again, email is the most imperfect of media sometimes.”

Furthermore, the directors of NIH institutes are expected to direct research priorities. “George, he’s a hardcore neuroscientist, and he wanted to see the money go to hardcore neuroscience,” says Jennifer Mitchell, director of the Institute for Translational Neuroscience at UC San Francisco. “The comments that Koob made weren’t his finest moment, but I get the feeling he sort of said them in an offhand way.”

The contacts between NIAAA, researchers, and the alcohol industry, though? That crossed the line. This is the kind of unethical behavior you get when people’s jobs depend on competition for scarce resources—as is the case with government grants for science—and when public-private partnerships with industry become critical to funding. A $100 million study would require a fifth of the NIAAA’s annual budget if the agency were to fund it alone.

That partnership is especially fraught in this case. Uncertainty benefits the alcohol industry more than finality when it comes to moderate drinking. That makes the sales job anyone looking for that funding would have to do all the more squicky. (The down sides of excessive alcohol consumption are widely understood—diseases of the heart, liver, and pancreas; addiction; cancer; car accidents and other trauma; and violence. Excessive drinking causes 88,000 deaths in the US every year and costs almost $250 billion.)

Designing a good study to look seriously at the benefits of one drink a night also turns out to be wicked hard. In recommending the cancellation of the study, the NIH working group noted methodological flaws—not enough people in the study population, not enough follow-up time (to account for, say, an increase in late-life cancer), plans to recruit only healthy individuals who might not be representative of the general population, and so on.

Most studies of moderate drinking overestimate its benefits, in part because of selection bias in choosing the people the studies look at. As a paper in the journal Addiction laid out last year, people who start drinking as teenagers may not enroll in a study in their later lives. People might die too early to be part of a study, perhaps of an alcohol-related problem, and so go uncounted. Randomization might not work. Unhealthy people might not get into the study. And on and on. “It’s very easy to sort of tease out the connection of alcohol to car crashes. It’s a lot more difficult when you have something that someone has been doing since age 15,” says Tim Naimi, a physician and epidemiologist at Boston University and the lead author of the Addiction paper. “If you do a study and don’t do a perfect job of accounting for all of that statistically, then you just get a sort of spurious association.”

One clever way to avoid the difficulties of mounting a big, expensive, causal trial like MACH is called a Mendelian randomization analysis. Basically you pick a relevant gene, in this case a variant of the alcohol dehydrogenase 1B gene that’s associated with lower alcohol consumption, and see if it’s associated with better health outcomes. In 2014 a huge consortium of researchers did just that in the British Medical Journal—a meta-analysis covering nearly 262,000 people showed that the variant did correlate with a better cardiovascular profile and lower risk of coronary heart disease. That’s not causation, of course. Neither was a 2018 study in The Lancet that combined a bunch of huge databases for looking at cardiovascular disease to find that consuming more than 100 grams of alcohol a week increased overall mortality. (The MACH study was going to stop at 98 grams.)

So there was good reason to mount a study like MACH. MACH itself, though? “It was really cherry-picking where they thought they were going to find the benefits,” Naimi says. “They were trying to frame it in such a way as to maximize potential benefits and minimize the chances of finding potential harms, studying a limited range of outcomes over a relatively short period of time. And that’s apart from the obvious industry role.”

A well-designed, ethically managed study of moderate drinking is something for which the field of alcohol research has been clamoring. The great shame here is that now they won’t get it. The guidelines will remain anecdotal. “I always tell people, if you drink, drink and enjoy drinking,” Naimi says. “Hopefully you’ll do it in such a way it won’t adversely affect you.” But you know, you don’t need an international research study to tell you to take it easy, huh?