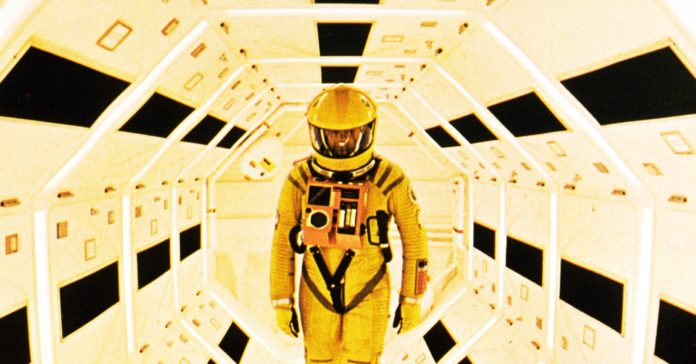 Some might feel that way, but I think about it a little differently. In my mind, there are different categories of incorrect physics—and I deal with each one with its own particular strategy.

You are watching your favorite science fiction movie—but wait! Something is wrong. There is an explosion and space and you can hear it. Next a spaceship banks during a turn—in space. Finally, a person floats weightlessly into an air lock. The door shuts and air is pumped in which makes the human fall to the ground.

Yes, these are all examples of bad physics. But do these mistakes enrage me? Usually, no. It might be difficult to believe, but in most cases I just enjoy the science fiction for the story and the action. I don’t seek out movies to fill my need for more physics (I can get that from real life).

So, do I just leave this bad physics alone? No. I think the bad physics in movies offers a great opportunity. This is a chance to take that wrong idea and talk about real science. Honestly, that’s one of my favorite things to do. How about an example?

Let’s consider the air lock scene. It happens quite often, but I will use a moment from Wall-E. You don’t need to know the plot of the movie, but in this part Wall-E (a robot) holds onto a spacecraft as it docks into a bigger spacecraft.

The airlock door shuts and all of a sudden there is gravity. Why? OK, you might argue that this massive spacecraft has some type of artificial gravity thingy. I get it. However, there is a very common idea that astronauts “float” in space because there is no air in space. No air means no gravity (this isn’t the real answer). But now we can talk about gravity, orbits, apparent weight, air pressure—all in relationship to this clip. And we still get to enjoy the movie. You have to admit, Wall-E was a pretty good flick.

Oh, I should include this epic air lock scene from 2001: A Space Odyssey.

Notice how he is still weightless after the air is added. It’s great.

There is another class of bad physics—and this one is actually bad in real life. Suppose I’m not really trying to tell a story in some way. Instead, I’m trying to show you some cool science.

Here is an example of a explanation of a zip line from some type of museum. I’m just going to draw something similar to what you might really see in a physics problem:

Remember, this graphic isn’t used to supplement a plot—it’s probably used to help people understand some type of science content. But do you notice anything wrong? Hint: One of these things is not like the other. Let me just say that it’s wrong in some way. It goes right to my number one rule for science communication:

OK, one more quick example (sadly, there are countless examples). This one is from a show on television that aims to show the science in cool stuff (I will withhold the actual name of the show to protect the guilty). In this case, they were trying to explain how a car can travel upside down in a vertical loop. This is a re-creation of their graphic.

There is a way that you could convince me this diagram is legit, but that is not what they did. Although there is a gravitational force pushing the car down, there is nothing pushing it up. They are trying to explain this cool phenomenon, but they miss the coolest part—that there is nothing pushing the car up. In fact the car doesn’t fall because it’s already accelerating down by traveling in a circle. If you want more details on the actual physics, here is an older post showing a human running in vertical loop.

I know it’s quite difficult to talk about complicated physics in a simple graphic—I’ve done it quite a few times. It’s sort of like physics haiku. You need to make it short and hit a certain number of concepts, all while including a science theme. Trust me, it’s pretty tough to explain angular momentum in a short video. But these above examples are just wrong.

So, do these get me enraged? Not too much. Even when educators get things wrong, I still think it’s a great opportunity to talk about a better way to represent complicated ideas. Well, I guess I get more upset about mistakes in these explanations than I do with fiction. In fiction, there are many wrong things we accept anyway—it is, after all, still fiction.