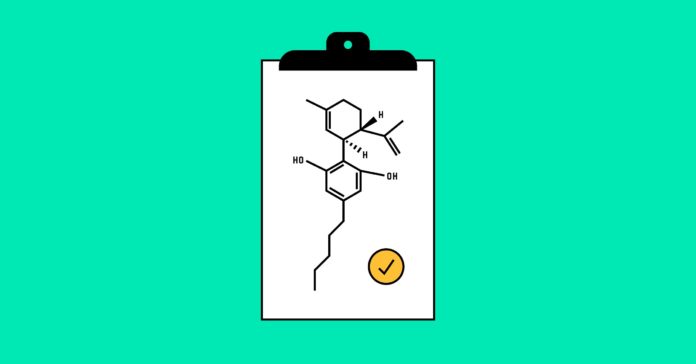 Five years ago, I bought a safe for my son’s doctor to store drugs. It was blue, about three feet square, and weighed 965 pounds—like the Acme safes Wile E. Coyote used to try to drop on Road Runner. My family and I had evidence the drugs might cure our 11-year-old son of his relentless seizures. But because the drugs contained a derivative of a cannabis plant known as cannabidiol, or CBD, the drugs had to be handled like they were heroin, or any other so-called Schedule 1 drugs. Every few months when a new shipment arrived, I or my wife Evelyn would appear at UCSF doctor Roberta Cilio’s office door. She’d open the safe, make us sign some papers, and give us Sam’s medicine in a brown paper bag to take home.

The medicine did help our son, and a whole lot more. Sam’s seizures dropped from 100 a day to about five a day—and GW Pharmaceuticals, the manufacturer, was so encouraged by his response that it started talking to epilepsy doctors about clinical trials. On Monday, the Food and Drug Administration approved the drug, now known as Epidiolex, for sale in the US. It will likely be available via prescription at pharmacies in the fall.

Like any new drug, we won’t know whether it lives up to its hype for a while. What’s clear is that it will permanently change the way we talk about cannabis in America. Cannabis is as legal as alcohol in Washington, DC and eight states, including the entire West Coast. But doctors, scientists, and hospital administrators are governed by federal, not state law, which makes studying cannabis a risky, time-consuming endeavor. That’s about to permanently change.

Early evidence suggests CBD could be useful not just for epilepsy, but a broad spectrum of neurological diseases like Parkinson’s, Alzheimer’s, multiple sclerosis, and some brain cancers. “There are neuroscientists who are drooling to work on this,” said Elizabeth Thiele, director of the pediatric epilepsy program at Massachusetts General Hospital and one of the lead investigators in the GW trials. Once the DEA reschedules Epidiolex, they finally will be able to.

The approval also enables GW itself to accelerate its own internal cannabis research. GW is already testing Epidiolex for the treatment of tubular sclerosis, a disease other than epilepsy that often causes seizures. Beyond that, GW now has political capital with US regulators that it plans to use to get approval for Sativex, a THC and CBD mouth spray for cancer pain and multiple sclerosis, which has been available in the UK since 2010 and in other European countries like Germany since 2011. If that product is approved, American scientists will finally have a relatively easy, legal way to test the effects of dosed THC for many disorders.

For the moment, the biggest unknown is how insurance companies will decide to cover Epidiolex. The double blind, placebo-controlled trials required for FDA approval only covered two rare brain-destroying pediatric types of epilepsy—Dravet Syndrome and Lennox Gastaut Syndrome. About 50,000 patients are affected by these two illnesses. But there is already evidence that Epidiolex could help with dozens of different types of seizures and epilepsy syndromes.

Indeed, two-thirds of the 1,756 patients who have tried Epidiolex in the past five years didn’t have Dravet or LGS—including Sam. Demand for Epidiolex was so high among drug-unresponsive patients like Sam that GW allowed neurologists at more than four dozen hospitals that weren’t part of the formal trials to conduct their own so-called open label trials. It helped GW learn more about how Epidiolex worked in a broader population, and it allowed a lot of sick patients to get access to medicine that might help them.

That parallel research should make it easier for doctors to prescribe the drug for other illnesses, a practice known as “prescribing off label.” It just means that in a doctor’s professional opinion a certain drug is worth trying, and it happens a lot with epilepsy drugs, Thiele says.

The reason that pharmaceutical firms focus on rare diseases like Dravet and LGS—at least for seizure drugs—is driven as much by business and bureaucratic considerations as medical ones, doctors and pharmaceutical executives have told me. It’s difficult to get permission to do drug trials in children unless those kids have illnesses like Dravet and LGS. In addition, companies can get FDA approval faster and have patent protection for longer if they develop drugs for rare diseases like Dravet or LGS.

What all this means is that GW will need to ensure that patients already taking Epidiolex for other forms of epilepsy don’t suddenly wake up in the fall and become compelled to pay full price for medications that work for them. It also means that doctors will need to marshal their expertise and the data that already exist.

Thiele says that insurance companies eventually decide to cover epilepsy drugs for many more kinds of seizures than they were originally prescribed. The only question in her mind is how long that will take. The one thing she does know is that the public pressure for insurance companies to cover Epidiolex broadly will be intense. “Every epileptologist I know says that patients have been asking when they can get Epidiolex for a year now,” she adds.

As for Sam, he wants to be a neurologist when he grows up. Two and a half years ago, when we combined Epidiolex with another drug, Sam’s seizures stopped completely. Sam, now 17, has medical permission to drive a car, something along with—well, everything—that seemed impossible to imagine five years ago.