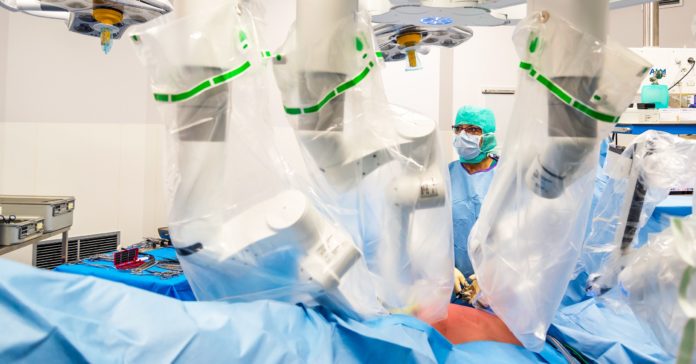 Whether they believe robots are going to create or destroy jobs, most experts say that robots are particularly useful for handling “dirty, dangerous and dull” work. They point to jobs like shutting down a leaky nuclear reactor, cleaning sewers , or inspecting electronic components to really drive the point home. Robots don’t get offended, they are cheap to repair when they get “hurt,” and they don’t get bored. It’s hard to disagree: What could possibly be wrong about automating jobs that are disgusting, mangle people, or make them act like robots?

The problem is that installing robots often makes the jobs around them worse. Use a robot for aerial reconnaissance, and remote pilots end up bored. Use a robot for surgery, and surgical trainees end up watching, not learning. Use a robot to transport materials, and workers that handle those materials can no longer interact with and learn from their customers. Use a robot to farm, and farmers end up barred from repairing their own tractors.

I know this firsthand: For most of the last seven years, I have been studying these dynamics in the field. I spent over two years looking at robotic surgery in top-tier hospitals around the US, and at every single one of them, most nurses and surgical assistants were bored out of their skulls.

In an open procedure—doing surgery with scalpels, retractors, sponges, and large incisions—nurses and scrubs are part of the action, with a regular and dynamic flow of critical work to do. They can learn a lot about surgery, trauma, anatomy, and organizational operations. It’s dirty, dangerous, and interesting work. People who study collaborative work agree: Often, dirt, danger and drudgery mean that you’ve got your hands on a satisfying job—it challenges you, you’re doing something meaningful for others, and you get respect.

For many support workers, robotic surgery is much less satisfying than open surgery. There’s a huge amount of solitary setup work to allow the robot to work, then there’s a big sprint to get the robot draped and docked to the patient. And then…everyone watches the procedure on TV. While the surgeon is operating via an immersive 3-D control console, the scrub folds his arms and waits. The nurse sits in the corner at a PC entering data, or sometimes checking email or Facebook. There’s not a lot to do, but you always have to be ready. Compared to open surgery, it’s clean, safe, and dull work.

At most of these hospitals, robots have been in service for over a decade—and conditions haven’t improved. Though workers and executives sensed deeper problems, they didn’t advocate strongly enough to make changes. On paper, things seemed to be working: the focal task had been “improved” via cutting-edge technology, patient results looked fine and the hospital workers still had jobs (albeit, duller ones.)

Across my studies, the pattern is similar. The robot gets installed, handling a focused set of dirty, dangerous, or boring tasks. Efforts to redesign the work slow to a trickle: once results are the same or slightly better than before the redesign stops there. This means organizations miss innovative work designs and instead settle on ones that make the work worse: less challenging with fewer opportunities to learn and relate to other people in the process.

There’s good evidence that this dynamic is hard to dodge; try this 1951 study of coal mining on for size. Without proof that the new robotic install could be better, no one is motivated enough to try out alternative approaches. As we automate work like trucking, people transport, or package delivery—things that touches hundreds of thousands or even millions of people—these effects will get worse.

From the front lines, it seems clear that organizations that take robots as an opportunity to learn will come out ahead. Surgery’s a good example: putting a robot in the operating room left many workers in the lurch, but it also revealed how hospitals might improve robotic surgical work. Nurses and surgical technicians might now help across simultaneous procedures, for example, or could even formally train surgical residents who are starved for attention and practice.

Getting these clues takes careful, boots-on-the-ground attention to the entire work system as it changes. Using them to guide a broader work redesign can cost more than a typical robotic install—and not all roboticization is worth equal attention. But not doing this work guarantees an outcome we can’t afford: a future of degrading work.