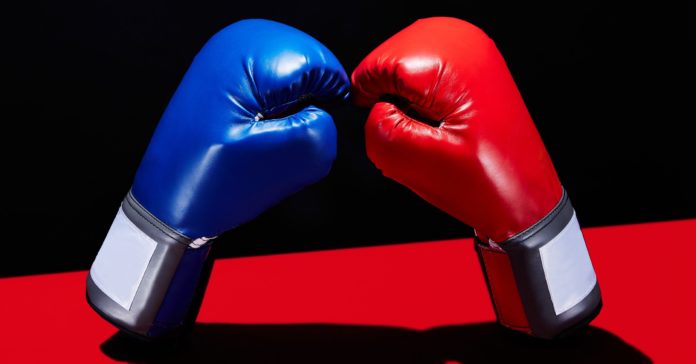 Let’s solve this simple problem two different ways. For the first method, I will use Newton’s Second Law. In one dimension, I can write this as:

With a starting velocity of 1 m/s and an acceleration of 1 m/s2 for 1 second, the final velocity (in the x-direction) would be 2 m/s. Great, right?

Now for the second method—using the momentum principle. This says that a net force changes the momentum of an object. The one dimensional momentum is the product of the object’s mass and velocity (at least for speeds much slower than the speed of light).

The momentum principle can then be written as the following equation.

The initial momentum of the object is 1 kilogram-meter/second and with a force of 1 N for 1 sec, the final momentum is 2 kg*m/s. Dividing this momentum by the mass gives a final x-velocity of 2 m/s. The same as before.

OK, now you have a basic feeling for the momentum principle and Newton’s 2nd Law. Which method is better? Great question. Let me go over some of the key things to consider.

I mean really high speeds. Not fast like a bullet, but fast like a cosmic particle that comes crashing into our atmosphere fast. If you want to model the forces on a particle moving near the speed of light (3 x 108 m/s), then the plain version of Newton’s 2nd Law doesn’t work. However, the momentum principle still works if you use a better definition of momentum. Instead of just the product of mass and velocity, momentum can be defined as:

In this expression, the c represents the speed of light. The cool thing is that this definition of momentum also works for super slow objects (like a rocket). If the velocity of the object is much smaller than the speed of light, all that stuff on the bottom in the expression is approximately equal to 1 and you get the previous definition of momentum.

Momentum Is a Conserved Quantity

In physics, we like to calculate things that are conserved. A conserved quantity is something that stays the same in a system if there are no external interactions. Yes, momentum is one of these quantities. If you have a system consisting of multiple particles that only interact with other particles in the system then the total vector momentum of this system is constant. Yes, it’s a big deal.

Newton’s Laws Are About Aristotle

Yes, Aristotle—you know, that Greek philosopher. If you like, you can think about Newton’s Laws of motion as a response to the other common idea of motion—Aristotle’s Laws of motion. Aristotle basically said that forces and motion worked like this:

Newton’s 1st law says that the natural state of an object is to be at a constant velocity and the second law states that there is a relationship between the net force and the acceleration of an object. So, in a sense these are a response to Aristotle. With that being said, perhaps it’s better to just skip the whole Aristotle thing. Oh, sure—many people still have the same ideas about force and motion that Aristotle had, but I like just starting over from scratch and using the momentum principle instead.

What’s Wrong with the Momentum Principle

There is a problem with the momentum principle—it’s not all unicorn dust and rainbows. The first problem is that of communication. A colleague recently pointed out that when someone uses the momentum principle, it’s clear that person has used the textbook Matter and Interactions (Chabay and Sherwood published by Wiley). I’ve previously explained why I like this textbook so much, but one of the big differences is the use of the momentum principle.

By using the momentum principle for cases that could also be modeled with Newton’s 2nd law, we add a new set of vocabulary and terminology. If you aren’t used to talking about physics in this way, it can sort of make other feel like it’s a different language. Of course, it’s not really that different—but initial impressions can make a big difference. This is especially true for people just learning about forces and motion. So, in a way you could say that using the momentum principle is like taking a step backwards when you are trying to explain some cool idea.

But still, in the end these two methods are essentially the same thing.

GizmoCrazed - January 28, 2018 0
Today Guy Callendar is a historical footnote, but tomorrow he will have a chapter of his own. Born in 1898, Callendar was the son...

Our Ears Are Unlocking an Era of Aural Data

“Busuu” A Language Spoken By Less Than 10 People In The...