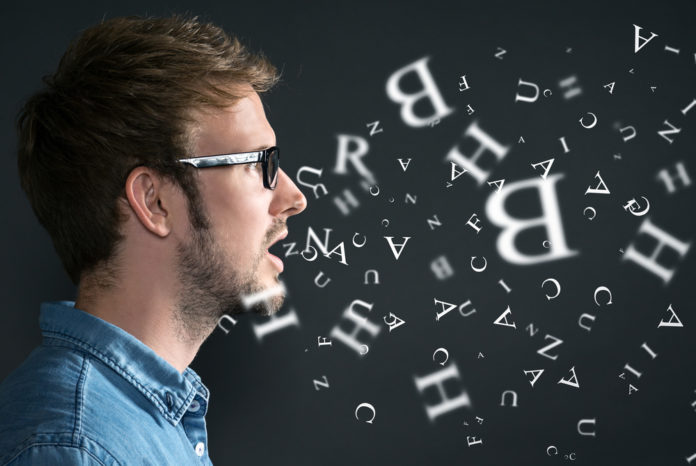 Phone apps often get a bad rap for being distracting time-wasters (I’m looking at you, Reddit), but some seek to challenge the minds of their users and put the resulting data to good use. And maybe even invent a new language in the process.

The Color Game app uses colors and symbols to study the evolution of language. Created by researchers at the Max Planck Institute for the Science of Human History in Germany, the app is looking to uncover clues to an age-old question — how did human communication evolve? Unfortunately, we aren’t advanced enough to hop in our time machines and watch it happen, but we are advanced enough to request the help of citizens and their smartphones.

The app connects two players, a sender and a receiver, who must attempt to communicate through colors and symbols rather than written or spoken language. The sender is assigned a color and an assortment of black and white symbols, from which they select the symbols they feel best represent the color. They send the symbols to the receiver, who must figure out what color they describe.

Sounds like your typical game of strategy, right? Wrong.

“The Color Game is not a puzzle game, it’s not about decoding symbols,” said project lead Olivier Morin in a news release. “The only code that has to be broken is the language that you and the other players will invent.”

Before the app launched, 647 participants were asked to associate one of the game’s 35 symbols with one of its 32 colors, or vice-versa. The researchers will use these pre-existing correlations to compare how color and symbol associations change as players create their own symbolic language with an opponent. The app allows participants to play with specific partners for as long as they want, so the longer the game goes on, the more the pair’s unique, personalized language evolves.

Out With the Old, In With the Digital

Unlike the Color Game, controlled studies have a lot of limitations. They often observed closed-transmission chains — where one person is asked to relay a message to another, like a game of telephone. But in real life, people can transmit messages however and to whomever they please. The app’s open-ended transmission chain provides a more realistic scenario: a platform where participants can uniquely communicate with other players, and switch up their partners if they aren’t communicating effectively.

The researchers paper on the app was recently accepted by the Journal of Language Evolution.

The Color Game isn’t without limitations, though. While the app enforces anonymity within the game, along with consent to data usage, increasing concern over data privacy could pose a threat to overall participation, the researchers worry.

But so far, the app has proven quite successful. Early results indicate that players are more likely to select the correct color than they would with random selection, and as they begin to make correlations between symbols and colors, their game improves. The developers have a few other hypotheses about the experiment, but to avoid player biases, they won’t be made available to the public until one year after the app’s release.

So until then, while you’re putting off work or doing the dishes or whatever else, remember that you can take a break from browsing memes and help solve a much deeper mystery.