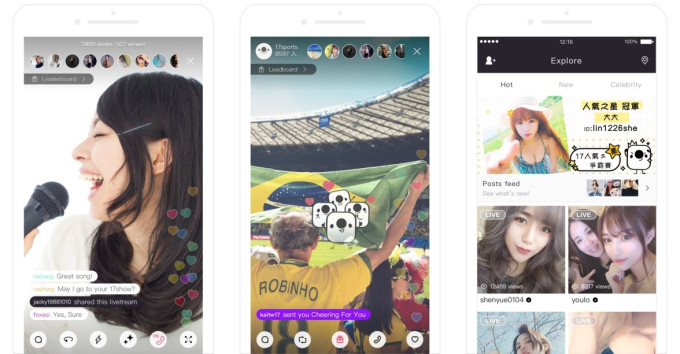 M17 Entertainment, a Taipei-based live streaming and dating app group, priced its IPO this morning on the NYSE and was expected to open trading today according to their final press release. But with just a little more than two hours to go before market closing, it’s still not trading, and no one seems to know why.

An interview I had scheduled with the CEO earlier this afternoon was canceled at the last minute, with the company’s representative saying that M17 couldn’t comment since its shares were not yet actively trading, and thus the company remains under an SEC-mandated quiet period.

M17 has had a rocky non-debut so far. Originally targeting a fundraise of $115 million of American Depository Receipts (shares of foreign companies listed domestically on the NYSE), the company concluded its roadshow raising less than half of its target, for a final investment of $60.1 million. The company priced its ADR shares at $8 each, with each ADR representing 8 shares of the stock’s Class A security.

My colleague Jon Russell has covered the company’s rapid growth over the past three years. It was formed from the merger of dating app company Paktor and live-streaming business 17 Media. Joseph Phua, who was CEO of Paktor, became CEO of the joint M17 company following the merger. Together, the two halves have raised tens of millions in venture capital.

The company’s main product is a live-streaming product where creators can build their fan bases and brands. Fans can purchase virtual gifts to send to their favorite artists, and those points are proving to be extraordinarily lucrative for the company. The company, according to its amended F-1 statement, has seen tremendous revenue growth, netting $37.9 million of revenue in the first three months of this year. The company has also been able to attract more live-streaming talent, increasing its contracted artists from 999 at the end of December 2016 to 7,719 at the end of March this year.

That’s where the good news ends for the company. Despite that revenue growth, operating losses are torrential, with the company losing $24.8 million in the first three months of this year. The company in its statement says that it has $31.4 million in cash and cash equivalents, giving it limited runway to continue operations without a strong IPO debut.

User growth has been mostly stagnant. Active monthly users has increased from 1.5 million to 1.7 million between March 31 of 2017 and 2018. What the company has succeeded in doing is monetizing those users much better. The percentage of users paying on the platform has more than doubled over the same time period, and the value of those users has increased more than 40 percent to $355 per user per month.

The big challenge for M17 is revenue quality. Live streaming represents 91.4 percent of the company’s revenues, but those revenues are concentrated on a handful of “whales” who buy a freakishly high number of virtual gifts. The company’s top 10 users represent 11.8 percent of all revenues (that’s $447,220 per user in the first three months this year!), and its top 500 users accounted for almost a majority of total revenues. That concentration on the demand side is just as heavy on the supply side. M17’s top 100 artists accounted for more than a third of the company’s revenue.

That concentration has improved over the past few months, according to the company’s filing. But Wall Street investors have learned after Zynga and other whale-based revenue models that the sustainability of these businesses can be tough.

Finally, one complication for many investors wary of the increasing use of dual-class stock issues is the governance of the company. Phua, the CEO, will have 56.3 percent of the voting rights of the company, and M17 will be a controlled company under NYSE rules according to the company’s amended filing. Class B shares vote at a 20:1 ratio with Class A share voting rights.

All of this is to say that while the company has had some dizzying growth in its revenue numbers over the past 24 months, that success is moderated by some significant challenges in revenue concentration that will have to be a top priority for M17 going forward. Why the company priced and hasn’t traded remains a mystery, and we have reached out for more comments.

A Major Victory for the Impossible Burger, the Veggie ‘Meat’ That...

GizmoCrazed - July 28, 2018 0
The Impossible Burger seems too good to be true—an entirely plant-based “meat” that looks and smells and tastes like beef (at least, according to...