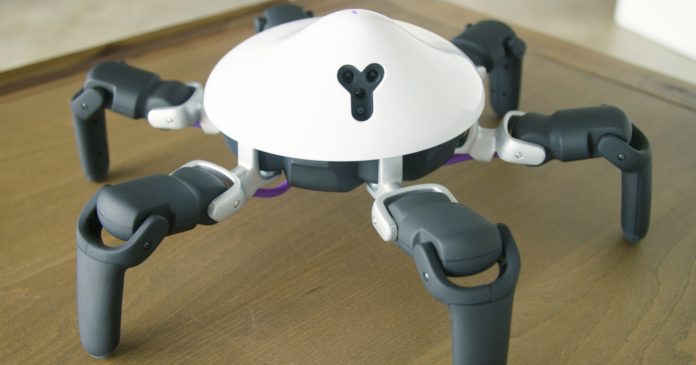 If nature knows what it’s doing, it sure does a good job hiding it. Like, why would evolution produce an elephant with a shovel for a face? Or a shark with a cookiecutter mouth? Or an insect with a hollow peanut head?

For very good reasons, as it turns out. Natural selection is an astoundingly creative phenomenon, molding species to fit their environments, even if that means turning their faces into shovels. It’s also created a galaxy of ways for animals to move about, from walking to crawling to flying. Nature does know what it’s doing, and roboticists are more than happy to steal evolution’s ideas. The result is a plethora of curious and clever machines that are beginning to traipse and hop all over the place.

Which is not to say you’d want to precisely copy the way an animal moves. (Good luck to whoever tries to replicate every bone and tendon and muscle in a snake’s body.) Instead, researchers simply take inspiration from the natural world and run with their imaginations. Researchers at Carnegie Mellon, for example, have developed a snake robot made of 16 decidedly unbiological actuators, or motors, that move in concert to mimic the way a real serpent would.

Sure, being made of metal means the robot isn’t as pliable as a fleshy organism. “But it also means that there’s going to be things that this robot can do that a biological snake can’t,” says CMU roboticist Matt Travers. The thing can constrict around your leg like a real snake, but can then twirl its motors to move up and down your limb—more rolling than slithering. Robots that mimic biology are both limited in what they can do with metal and plastic, but also gifted in their own way.

As roboticists look to nature, they can sometimes prove—albeit accidentally—just how efficient evolution’s creations are. Take Cassie the bipedal robot. It looks like a pair of disembodied ostrich legs not because its creators at Agility Robotics set out to mirror that form. Engineers did the math to get the most efficient locomotion they could, and landed on a form that just so happens to look avian.

“This is kind of reassuring and promising to us,” says Jonathan Hurst of Agility Robotics. “Maybe we’re starting to understand some of the reasons behind why animal legs are shaped the way they are.”

And roboticists aren’t just scrutinizing the forms of nature, but behaviors as well—the most epic being those of ants, of course. An individual ant is neat and all, but it’s by working as a team that ants can pull off incredible feats of engineering. So human engineers at SRI International in Silicon Valley are mimicking that collective behavior with microbots that scoot around on a magnetic field. Some deposit glue and others add rods to build out impressive lattices, which are more structurally sound than 3-D printing.

“We can use this in conjunction with 3-D printing or we can supplant 3-D printing because we have a much wider range of materials that we can use,” says SRI principal engineer Annjoe Wong-Foy. The microbots might grasp and deposit components like LEDs, for instance, to build even more complex structures.

Microbots join a wide range of bio-inspired robots beginning to conquer our world. To see our full menagerie, from a robot bat to a four-legged robot that mimics evolution itself, check out the video above. Nothing will bite, I promise.