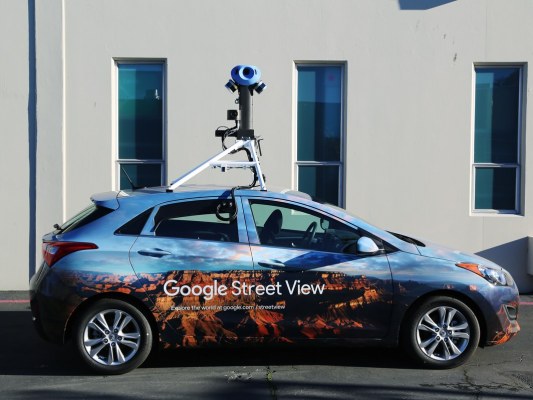 From next month two Google StreetView cars will be driving around London’s streets fitted with sensors that take air quality readings every 30 meters to map and monitor air quality in the UK capital.

There will also be 100 fixed sensors fitted to lampposts and buildings in pollution blackspots and sensitive locations in the city — creating a new air quality monitoring network that Sadiq Khan, London’s mayor, is billing as “the most sophisticated in the world”.

The goal with the year-long project is to generate hyperlocal data to help feed policy responses. Khan has made tackling air pollution one of his priorities.

It’s not the first time StreetView cars have been used as a vehicle for pollution monitoring. Three years ago sensors made by San Francisco startup Aclima were fitted to the cars to map air quality in the Bay Area.

The London project is using sensors made by UK company Air Monitors.

The air quality monitoring project is a partnership between the Greater London Authority and C40 Cities network — a coalition of major cities around the world which is focused on tackling climate change and increasing health and well-being.

King’s College London will also be undertaking a linked study focused on schools.

Results will be shared with members of the C40 Cities network — with the ambition of developing policy responses that help improve air quality for hundreds of millions of city dwellers around the world.

Foxconn is working with RED to make cheaper and smaller 8K...

GizmoCrazed - February 12, 2018 0
Foxconn, AKA Hon Hai Precision Industry, AKA the company that made your iPhone, is working with digital cinema pioneer RED to create affordable 8K...