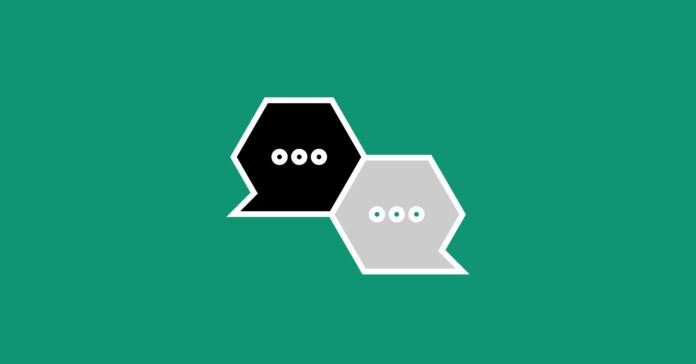 A journalist, a soup exec, and an imam walk into a room. There’s no joke here. It’s just another day at CrisprCon.

On Monday and Tuesday, hundreds of scientists, industry folk, and public health officials from all over the world filled the amphitheater at the Boston World Trade Center to reckon with the power of biology’s favorite new DNA-tinkering tool: Crispr. The topics were thorny—from the ethics of self-experimenting biohackers to the feasibility of pan-global governance structures. And more than once you could feel the air rush right out of the room. But that was kind of the point. CrisprCon is designed to make people uncomfortable.

“I’m going to talk about the monkey in the room,” said Antonio Cosme, an urban farmer and community organizer in Detroit who appeared on a panel at the second annual conference devoted to Crispr’s big ethical questions to talk about equitable access to gene editing technologies. He referred to the results of an audience poll that had appeared moments before in a word cloud behind him, with one bigger than all the others: “eugenics.”

“In Puerto Rico, where I come from, there are still aunts and grandmas in our communities sterilized because of laws passed in the 1930s,” said Cosme. “In a time like this with ethnic nationalism sweeping Europe and Trump nationalism sweeping the US, not democratizing these kinds of technologies is a genuine threat to those of us who are minorities with less powerful in this society.”

Like any technology, the applications of gene editing tech will be shaped by the values of the societies that wield it. Which is why a conversation about equitable access to Crispr quickly becomes a conversation about redistributing some of the wealth and education that has been increasingly concentrated in smaller and smaller swaths of the population over the past three decades. Today the richest 1 percent of US families control a record-high 38.6 percent of the country’s wealth. The fear is that Crispr won’t disrupt current inequalities, it’ll just perpetuate them.

Florcy Romero, who works at Harvard’s Personal Genetics Education Program` developing materials for youth of color for, demonstrated the disparity more visually. She asked the room to raise their hands if they have health insurance. Nearly everyone put an arm in the air. In most of the communities she works with, Romero only gets about a third. “How do I talk about Crispr when people won’t have access to it, even when there are treatments available?” she asked the crowd. Crispr-based therapeutics are just beginning clinical trials in the US, but pricing a genetic cure is already challenging the pharma and insurance industries. The first gene therapies, which were approved last year, today cost upwards of $500,000.

CrisprCon excels at providing a platform to raise these kinds of big picture problems and moral quagmires. But in its second year, it was still light on solutions. The most concrete examples came from a panel of people pursuing ecotechnologies—genetic methods for changing, controlling, or even exterminating species in the wild (disclosure: I moderated the panel).

Onstage, Delphine Thizy discussed her work with a nonprofit called Target Malaria, which hopes to one day use Crispr-powered gene drive to eradicate the disease in Africa by eliminating the mosquitoes that carry it. Getting consent of the villages that would be most affected has taken years of recruiting regional collaborators, creating educational programs, and adapting consensus frameworks to local cultures. “We didn’t make a decision about what consent and consensus looked like to us,” said Thizy. “Instead we asked people in each country to define it for themselves.” Target Malaria currently has projects in Mali, Burkina Faso, and Uganda, but no mosquitoes have yet been released.

It’s an approach that surprised the audience. Before the panel started, a poll went out asking people who should have the most decision-making control over ecotechnology research in the wild: scientists, national governments, international bodies, or local communities? Most people picked scientists.

That disappointed another panel member named Kevin Esvelt, the MIT scientist who introduced the world to Crispr-based gene drive. His lab has been exploring using it on the islands of Martha’s Vineyard and Nantucket to reduce the populations of white-footed mice that spread Lyme disease, but since its earliest days has involved the local health departments and held dozens of public meetings that have informed the scope and shape of the project. When residents opposed the bacterial, i.e. Crispr, components of a gene drive, Esvelt’s group conceded to only insert mouse genes for tick and Lyme-resistance. And no modified mice will be released without a formal vote. “There’s an appointed skeptic to each steering committee who’s there to point out things we’re not thinking about make sure we’re proceeding with caution,” he said. “And if the community decides that they don’t want this, we will absolutely walk away from it.”

Esvelt and Thizy are starting to create roadmaps for the responsible use of gene drives and other ecotechnologies that other scientists and public health workers can follow in the future. That’s something CrisprCon attendees are hoping they’ll see even more of next year. Fabienne Mondesir, a Boston area public school biology teacher who’s taking a year sabbatical to lead engagement at Harvard’s pgEd program said that moving beyond just talk will take concrete tools people can bring back to their communities. But for now, she’s celebrating just getting some of her students in the room.

Junie Arcene, who’ll graduate this Sunday from Boston Latin Academy, plans to study biology and computer science at Northeastern in the fall. One day she wants to be a pediatric endocrinologist, to help other girls like her who suffer from polycystic ovarian disease. Before Monday she hadn’t heard much about Crispr. “It was like a huge explosion of information going off in my brain,” she said. “I’m excited to follow its progress, especially in the medical field.”

She also learned what a journalist, a soup exec and an imam all have in common. They all say the most important part of talking about gene editing isn’t talking at all. It’s listening.

The damage of defaults

GizmoCrazed - March 23, 2019 0
Apple popped out a new pair of AirPods this week. The design looks exactly like the old pair of AirPods. Which means I’m never...

Amazon workers on strike as Prime Day kicks off

Here Are 10 Hacks To Make You Sleep Better This Summer