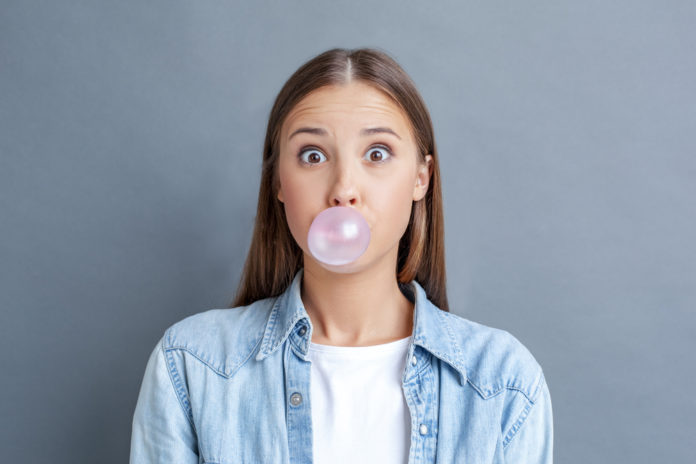 Walking and chewing gum, at various points in this nation’s history, has served as a benchmark to gauge one’s competence as a leader.

Democratic vice presidential-nominee John Edwards in 2004 assured Americans that a president must possess the ability to walk and chew gum. During that same campaign, Sen. Jim Bunning boasted to Kentuckians that he could indeed walk and chew gum. Last year, Rep. Paul Ryan promised citizens that Republicans in the House, for the good of America, would collectively walk and chew gum. Decades ago, Lyndon Johnson turned this quip around and famously claimed Gerald Ford couldn’t walk and chew gum (well, he actually said “fart” and chew gum, but he was edited by the press for decency).

It would appear that this country’s political fortunes hinge on finding leaders who can walk and chew gum. So it’s a wonder that this linchpin of multitasking prowess largely evaded scientific scrutiny — that is, until now. Researchers at Tokyo’s Waseda University examined the physiological effects of walking and chewing gum. If you happen to be a middle-aged man or older, according to their results, you might want to do more walking and chewing — for your own good.

If there’s one company that would have a vested interest in finding more ways to incorporate chewing gum into a healthy lifestyle, it would be a candy manufacturer. As it turns out, two of the authors of the study are scientists at the Lotte Company research lab. Lotte, which also sponsored the study, is a Korean-Japanese business conglomerate that happens to be one of the largest confectioneries in Asia. Those Lotte scientists, however, told The New Yorker they played no role collecting or analyzing the data.

With that in mind, here’s what they found.

The study enrolled 46 healthy men and women between the ages of 21 and 69. The participants were then told to walk at a natural pace for 15 minutes on a track in the university’s sports hall. One group accomplished the task while chewing two gum “pellets”, while a control group ingested a powder that contained the same ingredients as gum, sans the gum base.

Heart rates during walking significantly increased during the gum trial as opposed to the control.

Walking speeds, distance, number of steps and overall expenditure were all higher as compared to the control trial. All signs point to the power of walking and chewing gum. Researchers monitored each person’s heart rate, the number of steps, their walking speed and other physiological indicators to see if chewing gum had any affect.

The heart rates of men and women who were chewing gum and walking were higher than the control group. People who chewed gum also walked farther and faster than their non-gum-chewing counterparts. Interestingly, the gum-chewing effect was most noticeable among middle-aged and older men in the trial. Therefore, researchers concluded that chewing gum while walking “measurably affects physical and physiological functions.” They published their results recently in The Journal of Physical Therapy Science.

Researchers can’t say for certain what’s behind the gum-chewing boost, but that didn’t stop them from floating a hypothesis. Chewing gum, they posit, might sync your heartbeat and stride, an known as cardiac-locomotor synchronization (CLS). When your jaw and feet are coordinating, you may walk at a faster pace. It’s a nice, neat hypothesis because researchers say CLS is more likely to occur in elderly people than in young people.

Still, walking and chewing gum begs further research. One key variable that wasn’t measured: number of chews. Future studies will certainly need to monitor how many chews occur in a 15-minute walk to see if there’s a link between heart beats, steps or other measures.

While confectionary conglomerates around the world would applaud incorporating sticks of gum into your workout, walking and chewing gum isn’t exactly a fast-track to a beach bod. Simply getting up and walking more is probably the most effective place to start.

GizmoCrazed - May 11, 2019 0
A team of researchers at the Human Computation Institute and Cornell University seek to understand what causes a 30% reduction of blood flow to the brain...