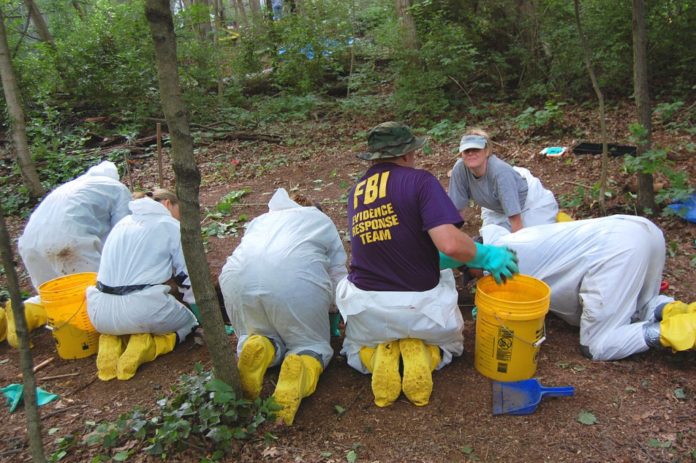 Investigators working a crime scene have a potential new tool: a field technique that could quickly determine the age of the person who left behind a bloodstain, whether victim or suspect. (Credit: FBI)

There’s a significant gap between the information that real-world forensics teams can glean from a crime scene and what turns up in glamorized tv shows such as “CSI.” Today, however, that gap gets a little smaller: Researchers reveal it’s possible to determine the age of the person based on their blood.

Let’s face it, as impressive as forensic DNA analysis is, it takes weeks or even months to process and even then can’t tell investigators everything about an individual. Other methods of analyzing evidence are available, but are also often time-consuming, destructive and limited in what they can reveal.

What if, however, field teams studying a bloodstain at a crime scene could obtain, within hours, the approximate age of the individual involved? Such knowledge could prove invaluable in narrowing searches for suspects and victims alike, as well as ruling out persons no longer of interest.

Today, a preliminary but promising proof-of-concept study suggests, yeah, they can do that.

Our red blood cells, in particular the structure of the hemoglobin within them, change subtly as we age. Researchers analyzed blood samples from 45 donors using Raman spectroscopy, a non-destructive technique that creates profiles of a substance’s molecular structure and chemical composition.

Distinct patterns emerged for the three groups studied: infants under one year, adolescents ages 11-13 and adults ages 43-68. The method picked the infants’ samples correctly 100 percent of the time, and was able to distinguish between adolescents and adults with 99 percent accuracy.

The study was intended as proof-of-concept only, and came with limitations beyond its relatively small sample size. All the donors, for example, were described by researchers as Caucasian, and, in the adolescent category, all donors were male. The donors were also in good health; in a real world application, factors such as chronic disease, poor fitness and substance abuse can skew results. 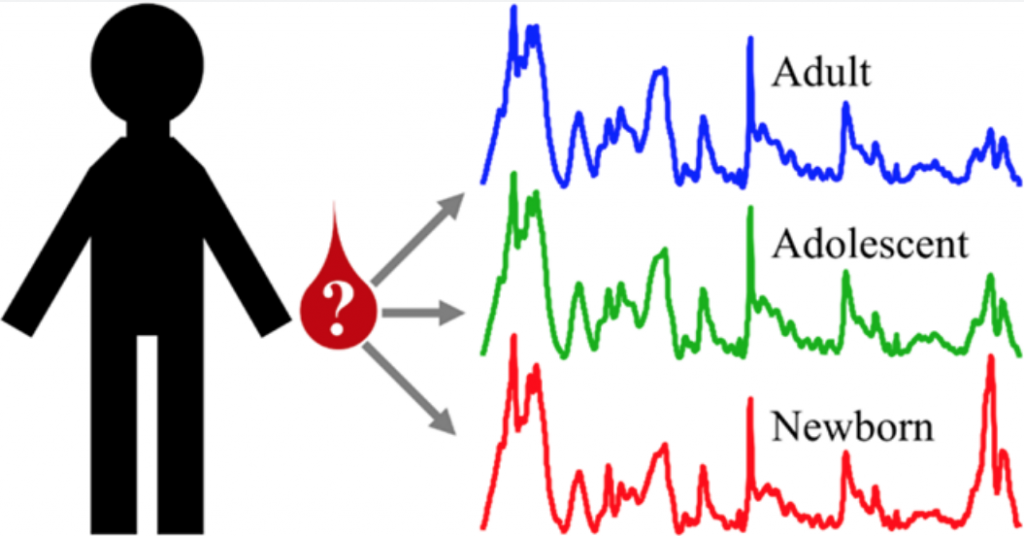 Subtle but distinct differences emerge in the structure and composition of red blood cells based on the approximate age of the individual. (Credit: https://pubs.acs.org/doi/10.1021/acscentsci.8b00198)

One More Tool In The Kit

Raman spectroscopy has been used to analyze blood for decades, and this isn’t the first time it’s been applied to crime scene evidence. In 2016, for example, researchers reported on how the method could provide a more accurate timestamp, even within hours, for the age of bloodstains themselves.

Members of today’s team have also reported previously on successful efforts to use the same technique to distinguish an individual’s sex and race from bodily fluids. What’s different about today’s research is that it doesn’t overlap with other tests. Sex and race, for example, can also be determined through DNA analysis, but age cannot.

On its own, today’s finding isn’t as massive as, say, the advent of forensic DNA analysis. But it does point to a potential fast and portable way of narrowing a pool of suspects or victims, making it one more tool available in the 21st century world of crime scene analysis.