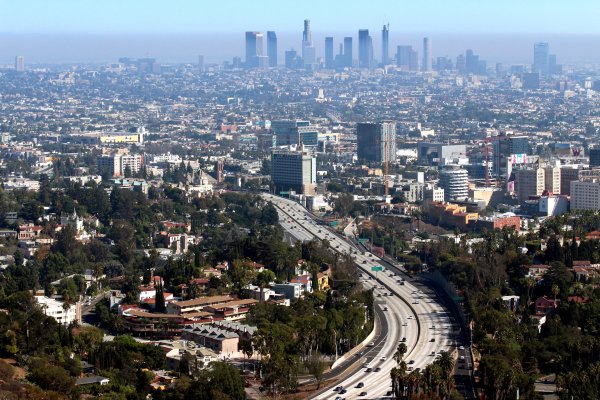 Aclima, a San Francisco-based company which builds Internet-connected air quality sensors and runs a software platform to analyze the extracted intel, has closed a $24 million Series A to grow the business including by expanding its headcount and securing more fleet partnerships to build out the reach and depth of its pollution maps.

The Series A is led by Social Capital which is joining the board. Also participating in the round: The Schmidt Family Foundation, Emerson Collective, Radicle Impact, Rethink Impact, Plum Alley, Kapor Capital and First Philippine Holdings.

Three years ago Aclima came out of stealth, detailing a collaboration with Google on mapping air quality in its offices and also outdoors, by putting sensors on StreetView cars.

Though it has actually been working on the core problem of environmental sensing and intelligence for about a decade at this point, according to co-founder Davida Herzl.

“What we’ve really been doing over the course of the last few years is solving the really difficult technical challenges in generating this kind of data. Which is a revolution of air quality and climate change emissions data that hasn’t existed before,” she tells TechCrunch.

“Last year we announced the results of our state-wide demonstration project in California where we mapped the Bay Area, the Central Valley, Los Angeles. And really demonstrated the power of the data to drive new science, decision making across the private and public sector.”

Also last year it published a study in collaboration with the University of Texas showing that pollution is hyperlocal — thereby supporting its thesis that effective air quality mapping requires dense networks of sensors if you’re going to truly reflect the variable reality on the ground.

“You can have the best air quality and the worst air quality on the same street,” says Herzl. “And that really gives us a new view — a new understanding of emissions but actually demonstrated the need for hyperlocal measurement to protect human health but also to manage those emissions.

“That data set has been applied across a variety of scientific research including studies that really showed the linkages between hyperlocal data and cardiovascular risk. In LA our black carbon data was used to support increased filtration in schools to protect school children.”

“Our technology is really a proof point for emerging and new legislation in California that’s going to require community based monitoring across the entire state,” she adds. “So all of that work in California has really demonstrated the power of our platform — and that has really set us up to scale, and the funding round is going to enable us to take this to a lot more cities and regions and users.”

Asked about potential international expansion — given the presence of strategic investors from southeast Asia backing the round — Herzl says Aclima has had a “global view” for the business from the beginning, even while much of its early work has focused on California, adding: “We definitely have global ambitions and we will be making more announcements about that soon.”

Its strategy for growing the reach and depth of its air quality maps is focused on increasing its partnerships with fleets — so there’s a slight irony there given the vehicles being repurposed as air quality sensing nodes might themselves be contributing to the problem (Herzl sidestepped a question of whether Uber might be an interesting fleet partner for it, given the company’s current attempts to reinvent itself as a socially responsible corporate — including encouraging its drivers to go electric).

“Our mapping capabilities are amplified through our partnerships with fleets,” she says, pointing to Google’s StreetView cars as one current example (though this is not an exclusive partnership arrangement; a London air quality mapping project involving StreetView cars which was announced earlier this month is using hardware from a rival UK air quality sensor company, called Air Monitors, for example).

But flush with fresh Series A funding Aclima will be working on getting its kit on board more fleets — relying on third parties to build out the utility of its software platform for policymakers and communities.

“There’s a number of fleets that we are going to be speaking about our partnerships with but our platform can be integrated with any fleet type and we believe that is an incredible advantage and position for the company in really achieving our vision of creating a global platform for environmental intelligence to help cities and entire countries really manage climate risk at a scale that really hasn’t been possible before,” she adds.

“Our technology provides 100,000x greater spacial resolution than existing approaches and we do it at 100-1,000x cost reduction so our vision is to be the GPS of the environment — a new layer of environmental awareness and intelligence that really informs day-to-day decisions.

“We’re really excited because it’s taken really years of work. I incorporated Aclima 10 years ago and started really working on the technology around 2010. So this has taken… a tremendous amount of technical development and scientific rigor with partners… to really have the technology at a place where it’s really set up to scale.”

It finances (or part finances) the deployment of its sensors on the vehicles of fleet partners — with Aclima’s business model focused on monetizing the interpretation of the data provided by its SaaS platform. So a chunk of the Series A will be going to help pay for more sensor rollouts.

In terms of what fleet partners get back from agreeing for their vehicles to become mobile air quality sensing nodes, Herzl says it’s dependent on the partner. And Aclima’s isn’t naming any additional names on that front yet.

“It’s specific to each fleet. But I can say that in the case of Google we’re working with Google Earth outreach and the team at StreetView… to really reflect their commitment to sustainability but also to expand access to this kind of information,” she says of the perks for fleets, adding: “We’ll be talking more about that as we make announcement about our other partners.”

The Series A financing will also go on funding continued product development, with Aclima hoping to keep adding to the tally of pollutants it can identify and map — building on a list which includes the likes of CO2, methane and particulate matter.

“We have a very ambitious roadmap. And our roadmap is expansive — ultimately our vision is to make the invisible visible, across all of the pollutants and factors in the invisible layer of air that supports life. We want to make all of that visible — that’s our long term vision,” she says.

“Today we’re measuring all of the core gaseous pollutants that are regulated as well as the core climate change gases… We are not only deploying and expanding our platform’s availability but in our R&D efforts investing in next generation sensing technologies, whether it’s the tiniest PM2.5 sensor in the world to on our roadmap really having the ability to speciate COC [chlorinated organic compounds].

“We can’t do that today but are working on it and that is an area that is really important for specific communities but for industry and for policy makers as well.”

A key part of its ongoing engineering work is focused on shrinking certain sensing technologies — both in size and cost. As that’s the key to the sought for ubiquity, says Herzl.

“There’s a lot of hard work happening there to shrink [sensors],” she notes. “We’re talking about sensors that are the size of a thumb tack. Traditional technologies for this are very large, very difficult to deploy… so it’s not that capabilities don’t exist today but we’re working on shrinking those capabilities down into really, really tiny components so that we can achieve ubiquity… You have to shrink down the size but also reduce the cost so that you can deploy thousands, millions of these things.”

Commenting on the funding round in a supporting statement, Jay Zaveri, partner at Social Capital, added: “Aclima has successfully opened up an entirely new market domain with their innovative approach, tackling one of the biggest global challenges of our time. With a proven ability to quantify emissions and human exposure to pollution at global resolutions previously impossible, Aclima creates enormous opportunities for industry, cities and society.”