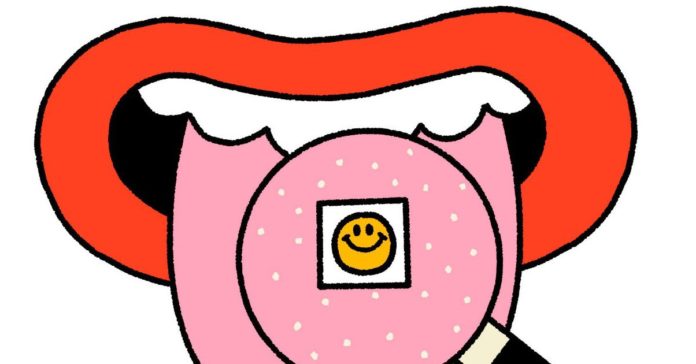 Adderall, shmaderall. Certain biohackers prefer taking teeny-tiny amounts of psychedelic drugs to boost focus. But what exactly is a microdose, anyway? Here’s our semi-scientific guide. Hint: If you feel the trees breathing, you’re doing it wrong.

Microdose (0.1 g): A taste of psilocybin (or its synthetic version, which is often used in clinical trials) brings on a low-key wave of zenlike happiness. So they say.
Overdose: Warps in spacetime.

Microdose (2 mg): This drug, extracted from iboga roots, can produce a calm focus that, unlike Adderall, also acts as a mild ­aphrodisiac. (Its main use is for detox, often for opiate addicts.)
Overdose: Psychedelia, vomiting, skin numbness.

Microdose (6 mg, but modes of delivery vary): The main ingredient in ayahuasca tea, DMT might change your perspective—but even small amounts could get you high.
Overdose: Deep vibrations, projectile vomiting, self-transcendence.

This article appears in the June issue. Subscribe now.

Beginnings: Rise of the Machines

GizmoCrazed - September 12, 2017 0
As a result, a new generation of robots was winding up on the floors of small- and medium-size companies that had previously depended only on the workers who lived just beyond their doors. Companies now could pick between two versions of the American worker - humans and robots. Counting health insurance and retirement benefits, even the lowest-paid worker was more expensive than the robots, which Tenere was leasing from a Nashville-based start-up, Hirebotics, for $15 per hour. "How's everybody doing?" said Matt Bader, as four just-hired workers walked in on a day when Robot 1 was being installed. Now, as the testing continued on a robot that he said "Just looks like something you see in the damned dentist's office," Campbell was starting his 25th consecutive workday feeding claws to the machine. Robot 2 had a different job than Robot 1. Days earlier, Annie Larson, the woman who would work alongside Robot 2, had been at home, the end of another shift, laid out in a recliner sipping a Mountain Dew mixed with what she described as the cheapest vodka she could find. Her line supervisor, Tom Johannsen, had told workers a few weeks earlier the robots were coming. Eight days after arriving in boxes, the robots' first official day of work had arrived. In came the workers, some of whom took a moment to stand near the robots and watch. Within an hour, the workers of the first shift had filled a shipping box with finished containers - the first batch made by both humans and robots. In September, the engineers would be coming back, arriving this time with the boxes holding Robot 3 and Robot 4.