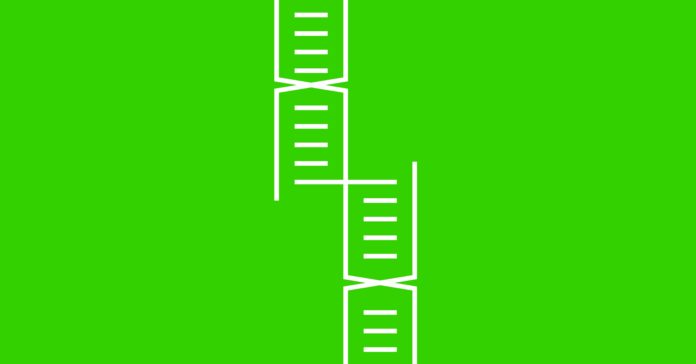 Heredity is so hot right now. In 2017, the number of people who who’ve had their DNA analyzed for the purposes of tracing their genealogy doubled to more than 15 million. The largest of these direct-to-consumer companies, Utah-based Ancestry, tested two million people in the last four months of 2017 alone. But that’s still just a tiny fraction of the world’s population. Which means there are a lot more people out there who could be tested, and the company that woos them can use their valuable data to do other kinds of research and product development. There’s a lot more than just spit at stake.

Genealogy products—tests that tell people where their ancestors hailed from and match them with distant family members—have captured the consumer imagination: People are much more likely to send in their saliva if it will tell them where they came from than if it will tell them their risk for Parkinson’s disease. The methods for finding these long-lost cousins aren’t that complicated. But it just got a whole lot more complicated for Ancestry to keep using using them.

Earlier this month, Ancestry’s chief competitor in the genetic genealogy game, 23andMe, filed a lawsuit in California federal district court, alleging that Ancestry infringed on its patented method for identifying relatives from tidbits of DNA. 23andMe also accused its rival of false advertising, and asked the court to nullify the trademarked “Ancestry” name, arguing that the word has become a generic term used by other companies in the field (including 23andMe).

“23andMe is a company built on innovation and we have brought this action to defend our intellectual property rights,” 23andMe said in a statement. An Ancestry spokesperson told WIRED the company is aware of the suit and that “we intend to vigorously defend ourselves against these claims.”

The patent in dispute describes a method of analyzing regions of the genome shared by family members—dubbed “identical by descent,” or IBDs. The further back in time you go, the shorter and more spread out the long idententical stretches become. And that happens in a mathematically predictable way; IBD levels decay exponentially with each generation. Which means you can pretty easily determine how related two people are just by calculating the sum of the lengths of every IBD they share and the percentage of shared DNA in each one.

Now, it’s a little more complicated than that, but not much. In fact, the method is so widely used by population geneticists and hobbyist genealogists that many were surprised to learn that 23andMe had managed to patent it.

“This is a super ubiquitous technique that’s been around for a long time,” says Alicia R. Martin, a genetics researcher at the Broad Institute. She just published a study using IBDs to reconstruct how population size and disease rates in Finland changed over generations. “In fact, as more large-scale databases of genotypes and phenotypes are becoming available, it’s having a bit of a resurgence.”

The theory behind IBD actually dates back to the 1940s, to a French mathematician named Gustave Malécot who first described the probability that any two alleles might be identical copies from an ancestor. Of course he didn’t have any real DNA to work with. But after the Human Genome Project came along and sequenced Homo sapiens it didn’t take long for scientists to put those principles to work.

In 2005, hundreds of scientists from around the world used the IDB method to catalogue how much DNA people from faraway places actually have in common. Called the HapMap, the first phase of this international project was the first published application of the IBD method. A few years later, the research community released the first computational framework for analyzing IBD as an open source software program called GERMLINE. It was published online October 29, 2008. Two months and two days later 23andMe filed a provisional application for a patent entitled “Finding relatives in a database.”

It’s that date, December 31, 2008 that will be crucial in determining whether or not 23andMe has a case. For decades, the US patent system was unusual in that it decided patents on a first-to-invent basis. In 2011, Congress passed the Leahy-Smith America Invents Act, which switched the US over to a first-to-file system instead. But because 23andMe’s provisional patent was filed before that new law went into effect, its validity will be judged by the old criteria—when did 23andMe actually develop its technique, not when did it file the application.

That’s important because legal experts say it’s likely that Ancestry’s next move will be to claim 23andMe’s patent is invalid. Either by saying it’s not new, i.e. someone previously described the technology, or that it’s more of an abstract idea or natural phenomenon, and therefore not patentable subject matter. And here’s where things get even more into the weeds. 23AndMe’s complaint noticeably doesn’t allege infringement on the patent’s first claim, which describes the method of identifying relatives in the broadest terms. Instead, 23andMe accuses Ancestry of using its methods for returning results to customers; like how much DNA you share with potential relatives and confidence levels in predicted matches. The implication is that those claims would hold up better in court.

Which if so, would be a big deal; the outcome of this lawsuit has the potential to reshape the genetic genealogy testing industry right as it’s beginning to boom. In addition to returning results through their proprietary portals, both 23andMe and Ancestry also make raw data files available to their customers. People take these and upload them to a growing number of third-party sites that provide more powerful tools to analyze their DNA—sites like GEDMatch, which police recently used to track down the Golden State Killer.

“If 23andMe succeeds in shutting down Ancestry for a while, it could have a much broader impact,” says Christi Guerrini, a patent lawyer and researcher at the Baylor College of Medicine’s Center for Medical Ethics and Health Policy. “My concern is the extent to which these tools use the same methods described in 23andMe’s patents, and what the implications are for them and the citizen scientists and genealogical hobbyists that use them.”

But, thanks to the plummeting costs of genetic sequencing, it’s also possible that any fallout would be short-lived. As large-scale research projects like All of Us and the arrival of sequencing in mainstream health care systems promise to expand the sources of raw genetic data, the battles between private testing companies may come to matter less and less. But for now, the spit kit spats are just beginning.