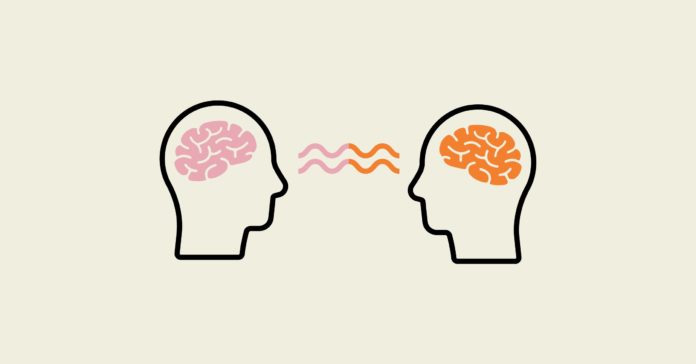 Some people heard the word “laurel” in a short audio clip that became internet-famous this week, while others heard the not-word “yanny.” This proves that we will all die alone.

Thanks to some sleuthing by my colleague Louise Matsakis, people interested in following up can learn that regardless of what they heard in the clip, the person speaking was, in fact, saying the word “laurel.” But the question of what was recorded, for real, diverges in important ways from the question of what people heard, also for real.

Let me put this another way: Three years back, a picture of a dress—The Dress—became internet famous, because some people saw it as blue and others saw it as white. The question of why sent scientists who study color vision into a flurry of activity that’s still going on today. They want to better understand how the brain factors in illumination when calculating the color of an object, and how people see yellowish colors differently than bluish ones. Again, none of that work asks what color The Dress actually was, for real. (Blue.)

There is a world that exists—an uncountable number of differently-flavored quarks bouncing up against each other. There is a world that we perceive—a hallucination generated by about a pound and a half of electrified meat encased by our skulls. Connecting the two, or conveying accurately our own personal hallucination to someone else, is the central problem of being human. Everyone’s brain makes a little world out of sensory input, and everyone’s world is just a little bit different.

Forget about Dresses and audio clips for a minute; let’s talk about food. When you take a bite of something—an apple, let’s say—the process of chewing releases aromatic chemicals in the apple into your mouth and puts some of them into solution, in saliva. A few types of molecules get sensed by receptors in the tongue. Protons coming off of acids ping receptors for “sour.” Sugars get received as “sweet.” Bitter, salty, and the proteinaceous flavor umami all set off their own neural cascades.

Everything more complicated than that wafts up the back of your throat via a process called retronasal olfaction to an array of nerve endings dangling through a perforated bit of skull behind your nose called the cribriform plate. It’s not a one-to-one relationship; there isn’t one receptor for each of the trillion or so smells a human can theoretically perceive. It’s the combination of molecules touching these little pieces of brain, and how many of the molecules, that the brain’s olfactory cortex somehow converts to a scent—the difference between, say, pine and laurel. No one really knows how. Somewhere between a volatilized molecule and the way it touches a bit of brain, a network of flashing action potentials creates a metaphor.

Similarly, a linguist can tell you what sounds comprise speech, and an otologist can tell you how waves of air pressure impinging on your ear drum can in turn vibrate tiny bones behind it, which then trigger (yet again) cascades of neural activity leading to the auditory cortex, to Broca’s area of the brain. It’s hard to imagine a more rube-goldbergian way of connecting with another person. Their thoughts to their mouth to pulsations of air molecules to a vibrating membrane inside a hole in your skull to bones going clickety-click to waves of electrical activity to thoughts? Come on.

But it’s the best we’ve got.

Something about the laurel recording makes it just abstract enough for the cognitive processing to take over. The waves of atmospheric pressure are the same for everyone; but past that, every inner ear and every brain are doing something just a little bit different. That’s the distance between “laurel” and “yanny.”

Color, as the furor over The Dress implied, makes for a very good tool for investigating the connections between the senses, language, and thought. Color is a thing that exists independently, if you agree that photons and wavelengths of light and reflection are real things, but color is also a thing that culture processes. As I wrote on the one-year anniversary of The Dress thing, all the bigwigs in philosophy have taken a crack at this problem, from Aristotle to CL Hardin, with Isaac Newton in between. (When the Scottish philosopher David Hume tried to figure out how people formed ideas in his Treatise of Human Nature in 1738, he said that people could only understand things they’d experienced, with the exception of colors—he thought a person could probably imagine a shade of blue he’d never seen, given a darker one and a lighter one as examples.)

Even people with what vision scientists call color normal vision don’t see things quite the same way. The devil in the Blue Dress is that my blue might not have been your blue. Some research says that given a chance to choose a wavelength of light to represent an ideal yellow, most people pick pretty close to the same one. But ask about blue or green (the “grue” region of colorspace), and you get 80 nm worth of different answers. Might have something to do with the way the photoreceptors in the eye work. Or it might not. No one knows.

That doesn’t mean it’s not worth trying to communicate those differences. Telling the person next to you what’s going on in your head, what your hallucination is like—I think that’s what we mean by “finding connection,” by making meaning with each other. Maybe it’s impossible, in the end. Maybe we’re all alone in our heads. But that doesn’t mean we can’t work on being alone together.