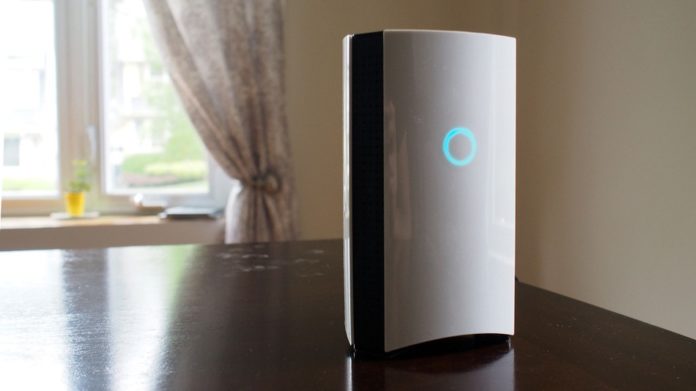 While owning the BitDefender Box 2 means paying more for internet and dealing with some extra notifications, its user-friendly security features bestow something priceless: peace of mind.

Outside of a coffee shop, you probably don’t spend a ton of time thinking about the security of your Wi-Fi network. Generally we expect that, once you set up your home router with a (hopefully) strong password, things are locked down, and that anyone looking to break into your internet would need to camp out in the yard anyway, so the risk is minimal.

The truth is more complicated, even frightening. All kinds of devices now connect to the internet, often in different ways, and with levels of security that can vary wildly. And once a device is connected to a network, most Wi-Fi routers don’t do a lot of checking on the kind of traffic it may be generating or receiving. Botnets — which involve malicious code running simple devices all over the world, letting them work in concert — depend on this lax approach to security.

The BitDefender Box 2 is a new kind of router designed with security in mind. It’s also first and foremost a consumer product, with a simple setup and user-friendly app. You don’t need to be an IT expert to use it, although having the Box 2 in your life does mean you’ll be thinking about and interacting with your router more than you did before.

The benefit of that, though, is peace of mind. The Box 2 leverages the knowledge base of BitDefender (the primary business of the company is internet security, not selling routers) to actively and continually scan your devices and the traffic they’re generating for suspicious activity, warning you if something looks off. You also get a granular level of control over your devices that many (especially parents) will appreciate.

Those features come at a cost, though. Besides the $249.99 purchase price, you’ll need to subscribe to BitDefender’s security service at $99 a year (the first year is free). You can still use it as a regular router if you stop paying the fee, but then you may as well have bought a (cheaper) regular router.

For what it does, the BitDefender Box 2 has a rather nice design. It’s not as ostentatious as the similarly featured Norton Core, but the white-colored triangular shape is friendly and just interesting enough to make you, if not proud to display it prominently, at least not ashamed. An LED circle on one of the sides shows which is the “front” and relays the router’s status (once set up, it glows a steady blue). 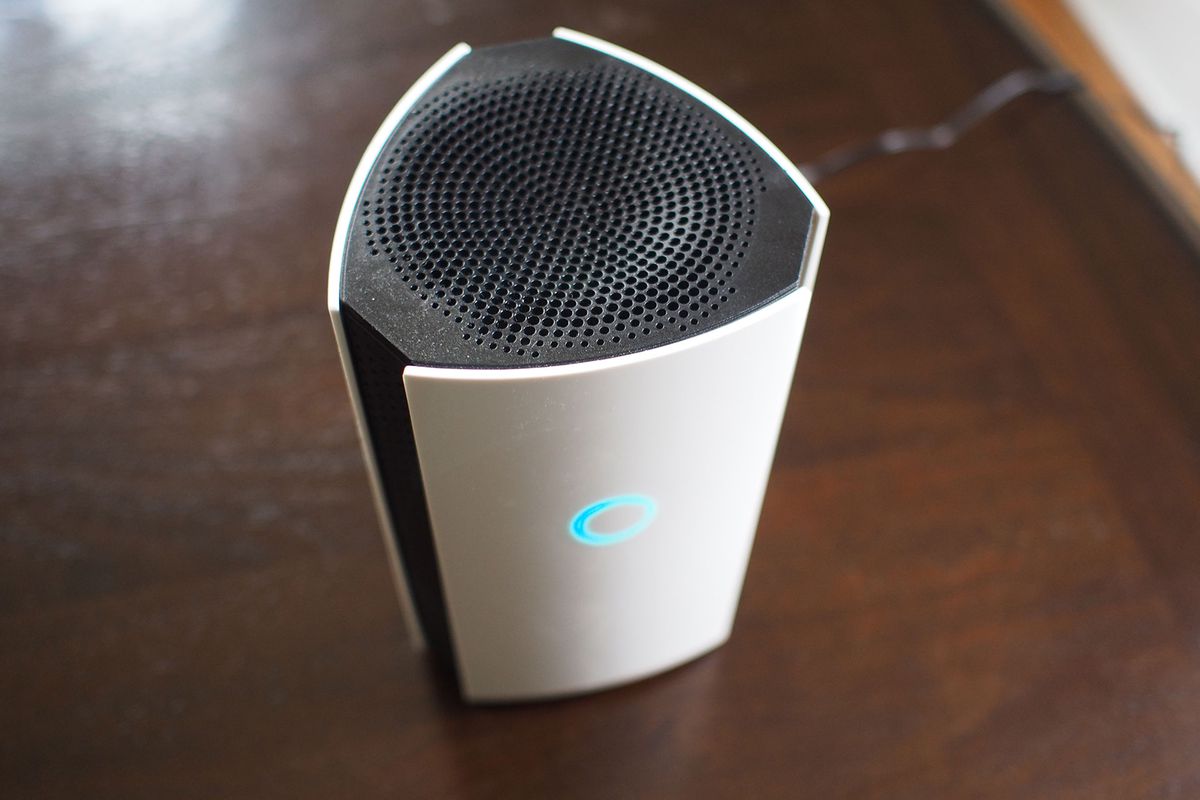 The BitDefender Box 2 is very light.

Setting up any new Wi-Fi router is a serious chore. You need to disconnect your old one, set a new password, and then go through the tedious process of reconnecting each and every device in your household, which is often many.

Good thing, then, that the Box 2 lets you side-step that whole issue by using your existing router. If there’s nothing wrong with your current Wi-Fi access point, as is the case with my Apple AirPort Extreme, you can add the Box 2 as a kind of adjunct to your network — not providing Wi-Fi access, but serving as kind of a “filter” between your modem (in my case, a Verizon FiOS model) and existing router. That way, you get all the benefits of the Box 2’s security and controls without the massive “let’s change all the passwords” hassle. 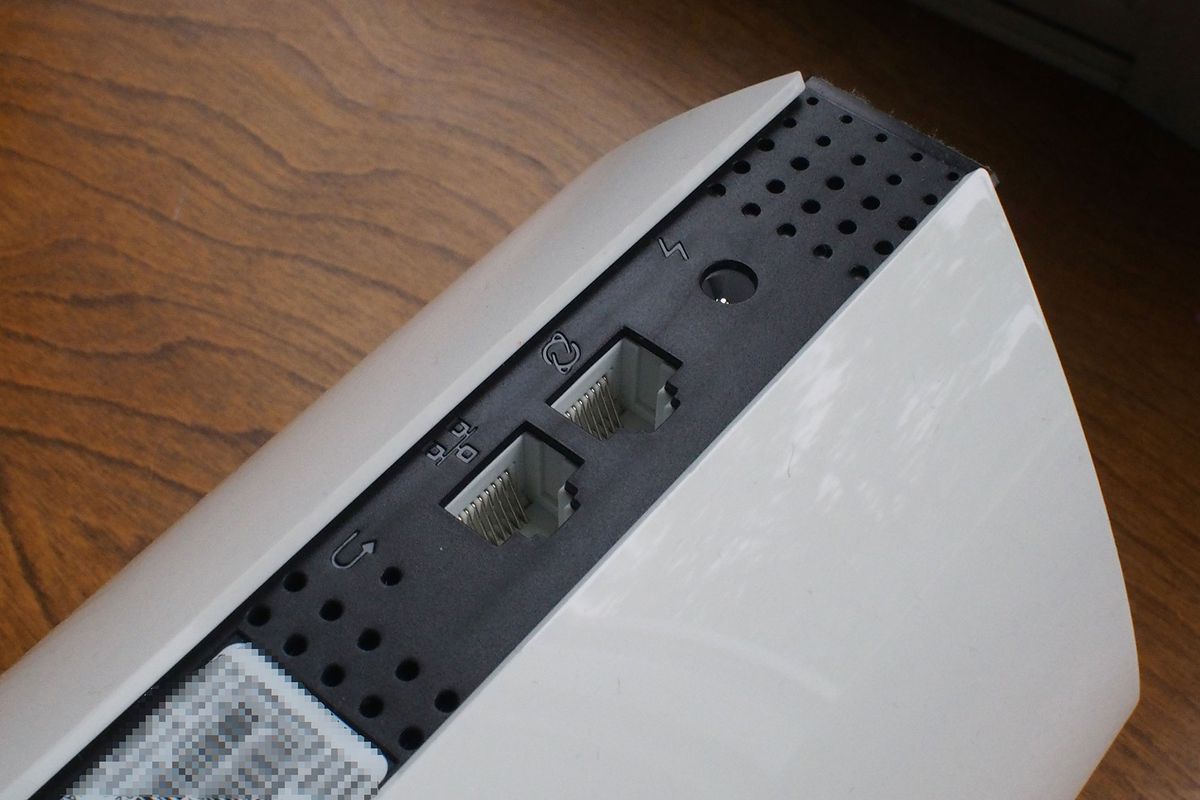 Connectors on the BitDefender Box 2

If, like most, you have a modem from your ISP that also doubles as your Wi-Fi access point, you can still avoid the new-network issue by cloning your old network’s ID and password.

To fully set up the Box 2, you need to get the BitDefender Central app, which is really the secret sauce to this whole operation. The app is the gateway to tapping into all the benefits of the Box 2, and BitDefender did an impressive job making the experience attractive, easy to use, and mobile-friendly. It’s not re-inventing the wheel here — mesh routers like Eero have been doing smart, mobile Wi-Fi setup for a while, but it’s good to see it becoming the norm.

Whether or not you bring your own router, you don’t have to set up all your Wi-Fi passwords again.

One of the great things about the app is it works even when you’re out and about, far from your home network. At the office and want to check in with your smart garage door opener? There it is, ready to take your commands. Remote access is great, though it’s also a stark reminder why products like the Box 2 exist at all.

Of course, you’ll need to set up a BitDefender account to do any of this, and once you do, you’ll also be strongly encouraged to download another app, BitDefender Mobile Security, and put it on anything that can run it.

This struck me as a tad overzealous, but I soon warmed to the idea when I saw what the app can do for me. For starters, it can quickly run a check on any email address to see if it was part of any number of major security breaches from the past several years. You also get access to BitDefender’s basic VPN service, a nice bonus.

One thing you need to get used to when living with the Box 2 is a new set of notifications. It’s OK — I know we’re drowning in them these days — but ones for the Central app are rare, clear, and mostly urgent (in other words, exactly what notifications should be). You’ll get notified every time a device connects to your network, but more important, you’ll be notified every single time there’s suspicious traffic on your network.

Let me say that again: Every. Single. Time.

The BitDefender Central app sometimes hits you with the equivalent of a tweetstorm.

Yes, that means you’ll get a bunch of these, but don’t panic. They typically arrive in batches, like when you visit a poorly maintained site that has vulnerabilities or, say, something in the more risqué parts of the web. But for really scary/malicious sites, BitDefender will block them entirely. That’s rare, and you can still bypass such warnings and proceed if you dare, but it’s a process.

In other words, yes, the notifications are a bit of a hassle, but it’s kind of needed hassle. I’d much rather know about risky activity than not know, and it’s a jungle out there on the internet.

BitDefender tells you when it thinks devices are “at risk,” thought that can sometimes simply mean they don’t have a BitDefender app installed.

Drilling down into the “Protection” part of the device can tell you more about why BitDefender thinks the device is at risk — in this case, the printer in question has a known vulnerability.

Notifications are the biggest lifestyle change you’ll need to commit to when you get the BitDefender Box 2. If you want to set it up once, then never open the app again outside of one of those warnings, you can.

I like how the Box 2 handles user profiles. Once you set up, it’ll set one up for you, the owner, and two others: Guest and Household. By default, new devices that aren’t associated with your email address will get shuttled to Guest. Not realizing this, about half my devices were on the Guest profile for months.

You can see all your devices in a neat list, with color-coded labels about whether they “need attention” or not.

By default, new devices get shuttled the the automatically set up “Guest” profile, which isn’t a formal guest Wi-Fi network.

As far as I could tell, this didn’t make any difference in those devices’ ability to connect. BitDefender tells me that this isn’t a formal “Guest” network in the Wi-Fi sense (that’s a feature to come later, they say), but it does give you an easy way to manage a subset of your devices. That’s nice and all, but not having a guest network feature is a major shortcoming. You could argue (as I’m sure BitDefender would) that the security features obfuscates the need for that feature, but I’m not sure that many network managers would agree.

While the Box 2 was part of my network, I didn’t experience any detectable effect on my network speed. That said, there were probably a few more… shall we say hiccups? …in connectivity after installed it than before. It could be coincidence, but I chalk it up to the universal law that the more parts you put into a system, the more chances there are to gum up the works.

For the most part, I didn’t mess with my network much, but I could have. The Central app lets you monitor your data consumption as well as granular controls for each of your devices: You can rename it, switch the network/user it’s associated with, and pause connectivity. The pause button might help exasperated parents get their kids off the internet when all else fails, but speaking from experience that tends to be the nuclear option. Use it with care.

I can’t say the BitDefender Box 2 changed my life, but it may have. It’s impossible to say how much malicious activity the router has halted since I’ve been using it, and how damaging it could have been.

Which is kind of the whole point. Yes, BitDefender’s Wi-Fi fortress does add a layer of complexity to your internet access, something most of us don’t think about very much. But that layer is much thinner than you’d expect, and you’ll find yourself grateful that it takes away a troubling, thicker layer you didn’t even know was there: worry.