When An Infected Tooth Becomes Much More 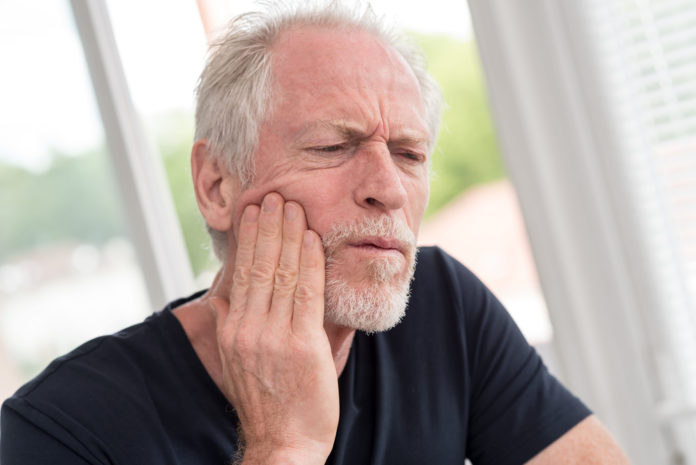 Earlier this year, a surgical resident was paged to the emergency room to evaluate a man with an angry mass bulging beneath his chin.

Dr. Habib Zalzal half race-walked, half ran to find a panting 40-year-old in obvious distress. In addition to an infection, the man had a choked, high-pitched voice, an elevated tongue, a swollen neck, and a drool. “Please help me,” read the panicked look on his face.

In his patient’s eyes, Dr. Zalzal also saw such hopelessness and fatigue he feared the man might soon stop breathing and die.

Root of the Problem

That’s when the third-year trainee and co-workers went to work—fast. First an anesthesiologist thrust a narrow, curved tube down the man’s windpipe to keep him from strangling; ninety minutes later, he was prepped and draped for an emergency tracheostomy (an artificial opening in the neck) plus multiple incisions to drain stinking, yellow-brown pus.

The ultimate villain? A decayed tooth that had festered for weeks before igniting a wildfire.

Although the name sounds vaguely medieval, in 2018, “Ludwig’s angina” (LA)—the horrific blight just described, in which an infected tooth spreads inflammation throughout the body—remains all-too-familiar in places where poverty and dental neglect overlap.

Zalzal knows this from personal experience. In the two-and-a-half years since leaving Washington D.C. to train as an ear, nose, and throat specialist in Morgantown, West Virginia, the Georgetown medical grad had already seen five or six patients virtually identical to his latest near-death case.

Last year, he also described a technique that can speed LA patients’ recovery. Writing in an international journal of plastic and reconstructive surgery, he and his colleagues touted “negative-pressure wound therapy”—a vacuum-assisted method which boosts blood flow at the same time it sucks bacteria-laced fluid from healing tissues. Nonetheless, even with powerful antibiotics and treatments like this, it can still take weeks for LA sufferers to close their surgical wounds.

Following an initial operation, Zalzal’s most severely-affected patient also needed drainage of his infected mediastinum, the central compartment in the chest housing the heart, esophagus, and great vessels, among other vital structures.

In the pre-antibiotic era, the odds of surviving this would have been nil. How far the world has come since 1836, when the German physician Wilhelm Frederick von Ludwig first reported a curse that felled many people, young and old, over his lifetime.

On the other hand, how far we still have to go.

The Pathway to Peril

Understanding how Ludwig’s angina starts requires a short anatomical primer: The majority of LA cases result from infected second and third molars whose roots penetrate the upper and lower jawbone. Infection of these bones can subsequently spread to internal spaces (specifically, the “submaxillary” and “sublingual” space) and spread beneath the tongue. In the worst-case scenario, a noose of inflammation encircles the entire windpipe, threatening to completely obstruct the passage of air. An inability to swallow their own secretions furthers the risk that patients will asphyxiate. Then there are the bacteria that trigger the process in the first place. Without belaboring their long, arcane names, in the nooks and crannies of rotting teeth live some pretty rotten microbes.

“The pain alone should alert the patient to seek care [for Ludwig’s angina], but life-threatening swelling can develop very quickly,” Zalzal says. The condition may sound like it belongs in another era, but there a number of factors contributing to West Virginia’s high number of cases. “First of all, in this state, Medicaid doesn’t cover routine dental check-ups and maintenance,” he says, “which is one reason why missing teeth are so common.” Shockingly, roughly one in four working class adults in West Virginia has already lost six or more teeth, while 38 percent of seniors have no teeth at all.

Zalzal also cited the state’s poverty, its low uptake of fluoridation, and a general shortage of dentists, especially in rural and mountainous areas, as additional components of the area’s high prevalence of dental problems.

Ironically, most medical articles about Ludwig’s angina are now authored in low-income countries as opposed to rich ones like ours. On the other hand, the common denominator between West Virginia and, say, rural India is a comparable dearth of dentists and preventative oral health measures.

In 2015, the Global Burden of Disease study found that oral health remains an ongoing, worldwide challenge. Between 1990 to 2015, the estimated number of people with untreated disorders rose 40 percent and included 2.5 billion with carious permanent teeth.

The hidden cost of this burden is huge.

Consider these facts. In addition to causing pain, dental cavities, gingivitis, and gum infections also contribute to an increased risk of cancer and cardiovascular disease. They hinder healthful eating. And, last but not least, they stigmatize. As public health professor Austin Frakt wrote in the The New York Times in February 2018, “…we make judgments about one another—including about intelligence—according to the aesthetics of teeth and mouth.”

A pointed take-home in Frakt’s article was Medicaid’s patchy and inadequate state-by-state coverage of various dental services. Nor does Medicare cover routine dental checkups, fillings, or extractions, he added in a follow-up article published a few weeks later.

Which brings us back to one doctor’s first-hand experience in a famously rugged Appalachian state. Although much has been written in recent years about better oral health for all, West Virginia’s revolving door of Ludwig’s angina patients tells a different story. To Zalzal, it’s just the tip of a giant iceberg—or perhaps of a jagged, broken tooth.

It’s also a guaranteed adrenaline rush. “Does your pulse pick up when you get called to see a case?” I asked as our conversation drew to a close. “Oh yeah,” he replied. “I’m thinking: Oh no, I have to drop everything and go to the ED [Emergency Department] NOW, I’ve gotta make quick decisions. Ludwig’s angina causes airway obstruction, which is one of our leading, life-threatening emergencies.”