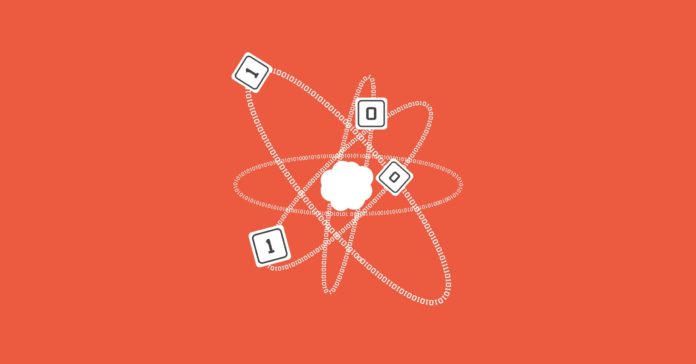 In October 2016, while working in Rwanda, a biologist named Jordi Galbany heard about a new online game on one of his favorite podcasts, a Catalan-language radio show called “Versió Rac 1.” Playing was simple, he learned: All you did was frantically press 1’s and 0’s as randomly as possible. Galbany was in. Between days of fieldwork, where he would enter the Rwandan forest to measure the growth of wild mountain gorillas, he logged on to his computer to play the game for an hour. “I put it in my agenda,” Galbany says. “I really wanted to do it.”

He wasn’t the only one. In the next month—mostly on November 30—about 100,000 people around the world would play the simplistic keyboard-mashing game in response to a publicity campaign run by physicists. It turns out, the random bits they generated would be used in an ambitious new experiment to test the weirdest predictions of quantum mechanics.

In execution, the project was more like conducting a symphony than a science experiment. Led by Morgan Mitchell, a physicist at the Institut de Ciències Fotòniques in Spain, a several-hundred-member group used the random bits to perform 13 different experiments in 11 cities on five continents, all on a single day—51 hours, technically, because of time zones. Most of the bits were fed into experiments in real time, as people played the game.

But it wasn’t just a performance. The idea, originally proposed in 2015 by ICFO graduate student Carlos Abellan, was a coordinated worldwide test of whether quantum entanglement, a bizarre phenomenon predicted by quantum mechanics theory, actually exists. They published the test results in Nature on Wednesday.

According to quantum mechanics, the universe can form paired particles that behave in tandem: Messing with one instantly affects the other. Physicists have observed this correlation in pairs of entangled particles separated by more than 700 miles using a Chinese satellite and, theoretically, they’d see the same thing if the particles were on opposite sides of the galaxy.

To physicists, this is supremely bizarre. It seems to suggest that two entities can communicate with each other faster than the speed of light. But all experiments so far indicate that these particle pairs really can influence each other from afar. Even when you do the experiments yourself, it’s hard to wrap your head around it, Mitchell says. “After a few months you start scratching your head,” he says. “It’s so strange, can it really be true?”

Entanglement’s mystique comes, in part, from the fact you can only observe it indirectly—through statistics. It’s sort of like finding out whether a die is loaded by throwing it thousands of times, if you couldn’t directly measure its weight distribution. In a similar way, you don’t actually ever measure entanglement itself: You measure other properties, like a photon’s orientation, to look for statistical evidence of it.

So in their 13 experiments, Abellan’s group ran a standard statistical test, known as a Bell test, on multiple types of quantum particles. The statistics from the Bell test can reveal whether some hidden hand or bias is merely creating the illusion of entanglement. Roughly, here’s how it works: You measure some property of a bunch of quantum particles—such as a photon’s orientation, known as its polarization. To do this, you need to “catch” the photon with a detector oriented in a certain direction. However, the act of measuring the photon changes its orientation in a way that is related to the detector’s orientation. So to make sure you get unbiased statistics, you have to randomly change the detector’s orientation.

And in order to make these random changes, you need random numbers.

The random number generator Abellan wanted to use? Randos online. His group would design a game that used the 1 and 0 keys on a phone or computer keyboard as controller buttons. As people played the game, those 1’s and 0’s they’d press would change the detector settings on each of the experiments across the world.

When Abellan first proposed the project, “we all looked at him like this was a dream,” Mitchell says. He estimated that they needed at least 30,000 people to generate enough random bits for the experiments. “It seemed crazy that we could get enough people,” he says. But gradually, Abellan convinced him by invoking the 2015 ALS ice bucket challenge, which pulled in several million people. “He said if you have something people are interested in, and you get the word out there, you can get an incredible audience,” Mitchell says.

So they designed a videogame with six levels. In the first level, you press 1’s and 0’s to navigate through a city. The computer calculates a score for how unpredictable your typing is, and you have to achieve a certain amount of randomness to pass the level. Behind the scenes, your input is also teaching a machine-learning algorithm your typing habits. In the second level, the computer tries to guess what you will type while you try to fool it. The levels alternate between frenzied key mashing and cool, calculated pecks.

To spread the word, the team made a website, issued press releases, and of course, launched a hashtag (#BIGBellTest). They also collaborated with high school teachers—largely in Mitchell’s local area in Spain—to recruit their students to play the game.

Ultimately, every single experiment indicated that yes, entanglement exists. Which has implications beyond fundamental science, says physicist David Kaiser of the Massachusetts Institute of Technology. (Kaiser was not involved in the work.) Budding technologies such as quantum cryptography and quantum computing rely on entanglement. If physicists don’t fully understand the phenomenon, the technology might not operate as expected. As companies try to develop these quantum products, they may also find Bell tests useful for quality control.

But while the results are convincing, the field will keep doing these types of entanglement tests—because it might be impossible to completely prove entanglement exists, Kaiser says. Researchers can do more experiments that support the existence of entanglement, but no experiment can rule out every single alternative theory. “A determined skeptic can probably find some little logical loophole after any of these tests,” he says.