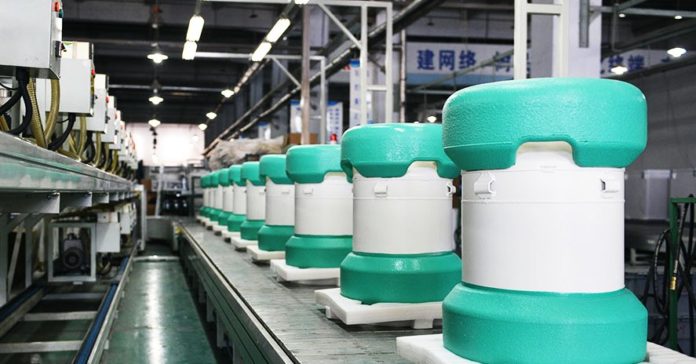 The viral disease Ebola has, as of May 26, killed 25 people in the Democratic Republic of Congo and sickened 31 more. In response, treatment centers have popped up (two of three people who fled one of those centers in the city of Mbandaka have died) and health care workers there are getting a still-experimental vaccine. People who’ve had contact with someone with Ebola, and their contacts, will get the shot, too. Heroic health workers are caring for the sick and doing epidemiological detective work. And the key to stopping the outbreak before it unfolds into a nightmare might be high-tech synthetic ice.

On that note of wait-what, let’s back up for a second. At the tail end of the Ebola epidemic in West Africa between 2013 and 2016 that killed 11,000 people, a global network of researchers took an Ebola vaccine off the shelf where it had been sitting, metaphorically, since its development in the aftermath of the September 11 attacks. They put it into serious field testing, and those studies turned into a good-enough confirmation of the effectiveness of the vaccine, rVSV-Zebov, that health agencies are deploying it in Congo right now.

Out of the dozen or so possible Ebola vaccines, rVSV-Zebov has a lot going for it. The VSV there is vesicular stomatitis virus, which doesn’t infect humans, and here scientists have replaced a particular glycoprotein with one from the Zaire strain of Ebolavirus (the “Zebov”). It’s a so-called live attenuated vaccine, a potent inducer of immunity that requires just one dose.

Good stuff; in 2016, GAVI, the Vaccine Alliance, set up approvals to have 300,000 doses ready to go in case of another outbreak just like the one going on right now. Just one problem: “This vaccine, if I have to be absolutely honest with you, they started out working with the vaccine quite cold, and then they looked at taking it up to a normal temperature,” says Seth Berkley, an epidemiologist and CEO of GAVI. “They haven’t done all of the stability and process work they might do.” In other words, the developers of the vaccine didn’t have time to figure out how to formulate it to be stable at the usual 2 to 8 degrees C. (That’s 35.6 to 46.4 degrees if you’re Team Fahrenheit.)

Point is, all signs indicate the vaccine works. But until you’re ready to use it, you have to keep it waaaaay colder, frozen at -60 to -80 degrees centigrade. (yes, fine, -76 to -112 degrees F, you barbarians). So that presents a particularly irksome version of a problem familiar to vaccine makers: the cold chain.

In parts of the world with limited electricity, even the cold-but-above-freezing temperatures are a challenge. To meet it, a group of funders like the Gates Foundation went to Global Good, the science-hero arm of ex-Microsoft CTO Nathan Myhrvold’s Intellectual Ventures, to build a solution. Their answer came to be called the Arktek, possibly the coolest cooler on Earth.

Based loosely on the dewars that industrial applications use to contain things like supercold liquid nitrogen, the Arktek is a double-walled vessel with near-vacuum in between, held together with reinforced fiberglass. “You’re trying to reduce all the mechanisms of heat transfer between the warm outside and the cold inside,” says Mike Friend, principal investigator at Intellectual Ventures. The vacuum reduces convection. A shiny coating on the inner vessel cuts down thermal radiation. The low conduction of the reinforced fiberglass keeps heat from leaking in that way. “And then you need a thermal battery, so to speak.”

In this case, that battery supplies cold, not heat. In the original Arktek, it was simple water ice, frozen in semicircular plastic containers and then allowed to warm to slightly above freezing. Eight of them placed in the Arktek would keep the thing at the right temperature for up to a month, even in the most sweltering equatorial heat. So once a month, villages could get their vaccines and ice blocks resupplied from somewhere with freezers, and meanwhile everyone could get vaccinated. Intellectual Ventures developed the tech and licensed it, for free, to the Chinese refrigeration company Aucma to build the coolers.

Was it a perfect system? Well, given the opportunity to have light refrigeration, some folks took slight advantage; one solar refrigerator technician reported an Arktek smelling suspiciously of fish upon inspection, and anything that’ll keep vaccines cold will do the same for beer. But still.

Ebola upped the ante. To get down to below -60 F as recommended by Merck, the manufacturer of the vaccine, ordinarily you’d use dry ice—frozen carbon dioxide. It’s the right temperature, and it sublimates into a gas instead of melting into a liquid. That requires more energy, which means dry ice is a very good way to store cold. “But for Sierra Leone, Guinea, and Liberia, the issue was they could not get a reliable supply of dry ice, and power was a big issue, too,” Friend says. “The CDC and WHO wound up being able to only set up warehouses with reliable power in the capital, and they had to go through extreme measures to do that.”

That meant a whole new logistical effort. Local health workers and international aid groups retrofitted warehouses with power supplies, alarms and switches, sub-80 degree freezers, air conditioners, and so on. Because the “ring vaccination” strategy scientists wanted to test in West Africa meant that they’d have to go out to where Ebola cases were and then track down contacts and contacts of contacts to vaccinate. It could take days, and the vaccine had to stay Arcticly frosty for most of that time.

WHO called Friend’s team. It was November of 2014; they had until January to find a solution.

He went looking in a category of chemicals called phase-change materials, PCMs, synthetic molecules built with specific freeze-thaw cycles. And he found one: a proprietary PCM based on a denatured alcohol, made by a small company in England. “The owner is a very reserved man, I think Eastern European. Trying to get information out of him was a bit challenging,” Friend says. Like, for example, why exactly was he making this stuff? “It was a special request. He didn’t give very many details about who had requested it.”

It didn’t really matter; he was willing to make it for Friend in just a couple of weeks. “Then we had to validate that it actually worked, actually simulating what would be done in the field,” Friend says. They loaded the PCM into the plastic semicircular bricks, froze them, and loaded up Arkteks kept in rooms heated to West African extremes. Then they opened and closed them just like field workers would, monitoring the internal temperature. The PCM was flammable; it would have to fly to West Africa on a military cargo plane. Friend’s team wasn’t even sure that the Arktek itself would hold up at the lower temperature, much less the plastic trays used to hold the vaccine. “We had to bring them down to temperature, vibrate them, drop them, see how they would perform,” Friend says. “Luckily everything was OK.”

Not quite everything. The high-density polyethylene used to make the plastic bricks didn’t agree with the PCM; after a few freeze-thaw cycles, the PCM started to leak out through the screw-down top. They could smell it. But Friend’s team had made aluminum containers, just in case.

The aluminum containers worked. Modified Arkteks are at the core of the logistical strategy for full-on ring vaccination in Congo. WHO is using two freezers capable of getting below -86 degrees C in Kinshasa, the country’s capital, to store vaccine and freeze the PCM ice packs, along with a power source and a generator. Mbandaka, a city of perhaps 1.3 million where four cases have emerged, has two more freezers, a 300-liter one for ice packs and a 600-liter one for vaccine. And they’re using 16 Arkteks in the field. They can keep vaccine below -65 C for five days, and experience has shown that it’ll still work after sitting between 2 and 8 degrees for up to two weeks. (Friend has since slightly modified the PCM so it’s less flammable.)

“People initially said, oh my god, this is going to be impossible,” Berkley says of the cold chain. “It’s not ideal, but it’s not going to be the problem.”

In fact, with the vaccine safe, the bigger concern is going to be making sure people feel OK taking it. “Everybody knows what a vaccine is, but it’s usually either given as part of a campaign or part of routine immunization,” Berkley says. “The concept that you go into a community, visit the family of someone who’s sick, and you vaccinate just that family and the people around them is something that has to be socialized.” People who work in the area, who speak the language, who are from DRC will be the ones who have to deliver that message and get informed consent from vaccinees. But if the program works, it could mean people won’t be as fearful of treatment centers and of talking to epidemiological workers trying to figure out the rings of people who need to be vaccinated.

Whether ring vaccination will work fast enough remains to be seen. Researchers are going to be taking data on this deployment of rVSV-Zebov, as well as looking at other even more experimental therapies—the antibody drug ZMapp and the antivirals favipiravir and GS-5734. According to Nature, the Congolese Ministry of Health and an ethics board have yet to approve those other drugs. “Deploying something that came together as the result of all these people was very gratifying,” Friend says. “The fact that the vaccine was effective and we were able to get it out there, that’s amazing.” Good epidemiology, treatment, and a vaccine (thanks to that neo-ice) are still Congo’s best hope.

How To Turn Off Facebook Game and App Requests

GizmoCrazed - July 13, 2014 0
There was a time when I enjoyed playing games on Facebook. Then, as now, there was an option to send game requests to my...