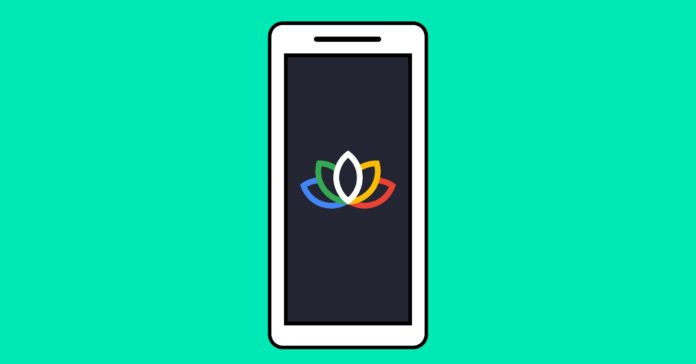 Google wants to help its users take back their time.

On Tuesday, at its annual developers conference, the company announced several new features designed to help people monitor and manage the time they spend on their devices. The goal: Enable users to understand their habits, control the demands technology places on their attention, and focus on what matters. “Helping people with their digital well-being is more important to us than ever,” said vice president of product management Sameer Samat. “People tell us a lot of the time they spend on their phones is really useful. But some of it they wish they’d spent on other things.”

Or, to use an increasingly prevalent turn of phrase: People want the time on their devices to be “time well spent.” Popularized by Tristan Harris, a former product manager at Google and cofounder of the Center for Humane Technology, TWS has snowballed into a movement, reaching acronymic levels of recognition in tech circles and becoming a major talking point among the industry’s biggest companies.

But while tech giants may be coming to grips with the disproportionate demand technology places on users’ time and attention, it’s still not clear how best to confront that imbalance. Much of what we know about technology’s allure is based not on peer-reviewed research but on anecdata. Here’s what the existing evidence has to say about the features Google unveiled this week.

Google thinks the first step toward reclaiming your time involves understanding your habits. On that front, the most comprehensive update is a systemwide tracking feature called Dashboard, which monitors at multiple levels how—and how often—you use your Android device. It can tell you things like how much time you spend on your phone, how much time you spend in specific apps, how often you unlock your phone, and how many notifications you receive on a daily basis.

At first blush, Dashboard sounds a lot like Moment, a popular screen-time-tracking app designed by Kevin Holesh that’s been available for iOS since 2014. In the past four years, Holesh says he has received “at least hundreds of emails” from users who, upon using the app, discovered they spend twice as much time on their devices as they thought they did. (Peer-reviewed research on estimated vs. real-world smartphone use is lacking, but a small study published in 2015 found that test subjects, while good at guessing the time they spend on their devices, tend to underestimate the number of times they check their phones on a daily basis by more than half.)

I asked Holesh to scrape some data on his users. Drawing from a randomly selected sample of 100,000 active customers, Holesh found that, among those that had downloaded the app and used it to monitor their activity at least 30 days, some 56 percent had reduced their screen time by an average of 24 minutes.

By building screen-tracking directly into its operating system, Holesh says, Google is poised to monitor usage patterns better than any third-party app could hope to achieve. Indeed, according to Samat, Dashboard will take usage tracking a step further than Moment currently does, by allowing developers to track—and then share with users—detailed information about how people use their apps.

That data could be invaluable to users: Evidence suggests that the effects of screen time vary not only between apps but within them. Internal studies at Facebook suggest that people who spend time passively consuming information on the platform report feeling worse afterward, while people who spend their time actively engaging with other users experienced the opposite effect.

The same may also be true of the way people use Twitter. Or Instagram. Or Gmail. “That’s where the conversation with technology needs to go, and what Google is trying for here, because not all screen time is created equal,” says Andrew Przybylski, an experimental psychologist at the Oxford Internet Institute who studies the self-regulation of technology use.

But understanding your technological habits and taking control of them are two different things, which is why Google has paired Dashboard with another tool called App Timer. As its name suggests, the feature allows you to set a cap on the time you spend in given apps. Say you want to spend no more than 30 minutes a day on Twitter. As you near your designated time limit, your phone will remind you that you’re approaching your cutoff. Exceed your limit, and Twitter’s app icon will turn to gray on your home screen and, at least in the beta version of Android P, Google’s new mobile operating system, prevent you from opening the app.

But these cues and roadblocks might have a smaller impact on user behavior than Google hopes. Again, data from Moment is instructive here: Recall that screen-time awareness alone led 56 percent of Moment customers to decrease their time on a device by an average of 24 minutes per day. Holesh says his app’s Daily Limit feature “seems to only push about 6 percent more of my customer base towards lowering their daily screen time.” (The average decrease among those users is 26 minutes). “The daily limit feature is effective at reducing screen time, but only slightly, and not for a huge part of my customer base,” Holesh says.

In other words: To implement lasting change many people could require more help than an app timer.

That’s where Google’s other updates could come into play. The first is Wind Down, which automatically sets your phone to Do Not Disturb and adjusts your display settings at a predesignated time.

Like Apple’s Night Shift and Bed Time features, Wind Down is designed to help you get a better night’s sleep. But whereas iOS pursues this goal by shifting the temperature of your display from cool to warm, Android does it by changing your screen from color to grayscale.

Which approach is better? Hard to say. A handful of studies do suggest that warm tones interfere less with your circadian rhythms, and your shut-eye, than cool ones—but similar research is lacking on grayscale displays. Popular among the digital-detox set, a grayscale screen is thought to be less distracting than those on a colorful one, and marketing experts will tell you that designers have long relied on colors to encourage subconscious decisionmaking. But at least as of this writing, the evidence on grayscale screens is limited to conventional wisdom and anecdotes.

Two additional updates include Shush—a feature that allows you to set your phone to Do Not Disturb simply by flipping it faceside down—and a new batched notifications setting that delivers all your YouTube notifications in the form of a once-daily digest. Multiple studies have linked phone alerts to inattention, hyperactivity, and anxiety. But the results of these studies are more nuanced than “notifications = bad.” What they actually show is that when and how notifications are delivered has a significant impact on test subjects’ self-reported well-being.

One study led by computer scientist Luz Rello, of Carnegie Mellon’s Human Computer Interaction Institute, found that disabling notifications left some test subjects feeling less stressed and more productive during working hours but anxious in their off-time, for fear of “missing important information and violating expectations of others.” Another study presented earlier this year at the American Psychology Association’s conference of Technology, Mind, and Society found that test subjects who received their notifications in batches three times a day reported they felt significantly happier, more focused, and less stressed than those who received notifications as usual, or not at all.

“Too many notifications seemed to result in attentional overload. Too few seemed to lead to FOMO, or fear of missing out,” says coauthor Kostadin Kushlev, a psychologist at the University of Virginia who studies how smartphone use can improve or detract from personal well-being.

Essential to the current conversation surrounding Time Well Spent, it seems, is finding the balance between FOMO and what Google on Tuesday called JOMO: the joy of missing out. Also essential? More research.

“Overall the steps Google is taking are great, but I would really like to see some rigorous investigations that indicate people like the features, use them, and feel empowered by them,” Przybylski says. “Like, an empirical study. Or three.” That means open and robust research. Registered, randomized controlled trials. Independent replications. “It would be good for science and it would be good for the product,” Przybylski says.

And most of all, good for users.

The Xbox Adaptive Controller goes on sale today and is also...

GizmoCrazed - September 4, 2018 0
In an important move for inclusion in the gaming community, the Xbox Adaptive Controller, created for gamers with mobility issues, is now on sale....

Boston-area startups are on pace to overtake NYC venture totals

This was the year we turned on social media