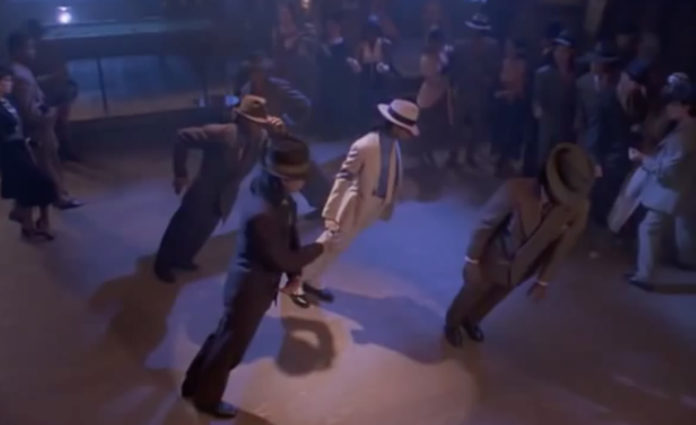 In Michael Jackson’s 1987 music video “Smooth Criminal,” the legendary performer leans forward 45 degrees from a straight-up position — and comes back. It’s a feat that seemingly defies both physics and physiology, and the move has become another element of MJ’s aura of mystery.

Some type of cinematic or mechanical trick must be responsible, since most people can manage only a 20-degree forward tilt before toppling headlong. Yet Jackson performed the move live on tours around the world for years.

In a study published this week in the Journal of Neurosurgery, three scientists examine the so-called Antigravity Lean, not from a physics but from a physiological perspective. The three neurosurgeons, all at the Postgraduate Institute of Medical Education and Research in Chandigarh, India, combine in the article their knowledge of Jackson with data on spine biomechanics.

It’s been known for years how Jackson defied gravity. His shoes had a slot that slid onto a bolt in the floor, allowing him to perform the dramatic lean.

Bending forward is limited by the erector spinae muscles, which act like cables to support forward bends up to 20 degrees, though some dancers can achieve 30 degrees, the paper says. When near the max of a bend, you can feel the strain on the Achilles’ heel as the ankles become the fulcrum for balance. People soon return to vertical or catch themselves from falling headlong.

Though Jackson’s 45-degree bend is not physically possible without trickery, the King of Pop still needed incredible core strength and leg muscles to pull it off, the authors write. Not just anyone can lock their shoes into the floor and become Michael Jackson, it seems.

“Several MJ fans, including the authors, have tried to copy this move and failed, often injuring themselves in their endeavors,” the researchers write. 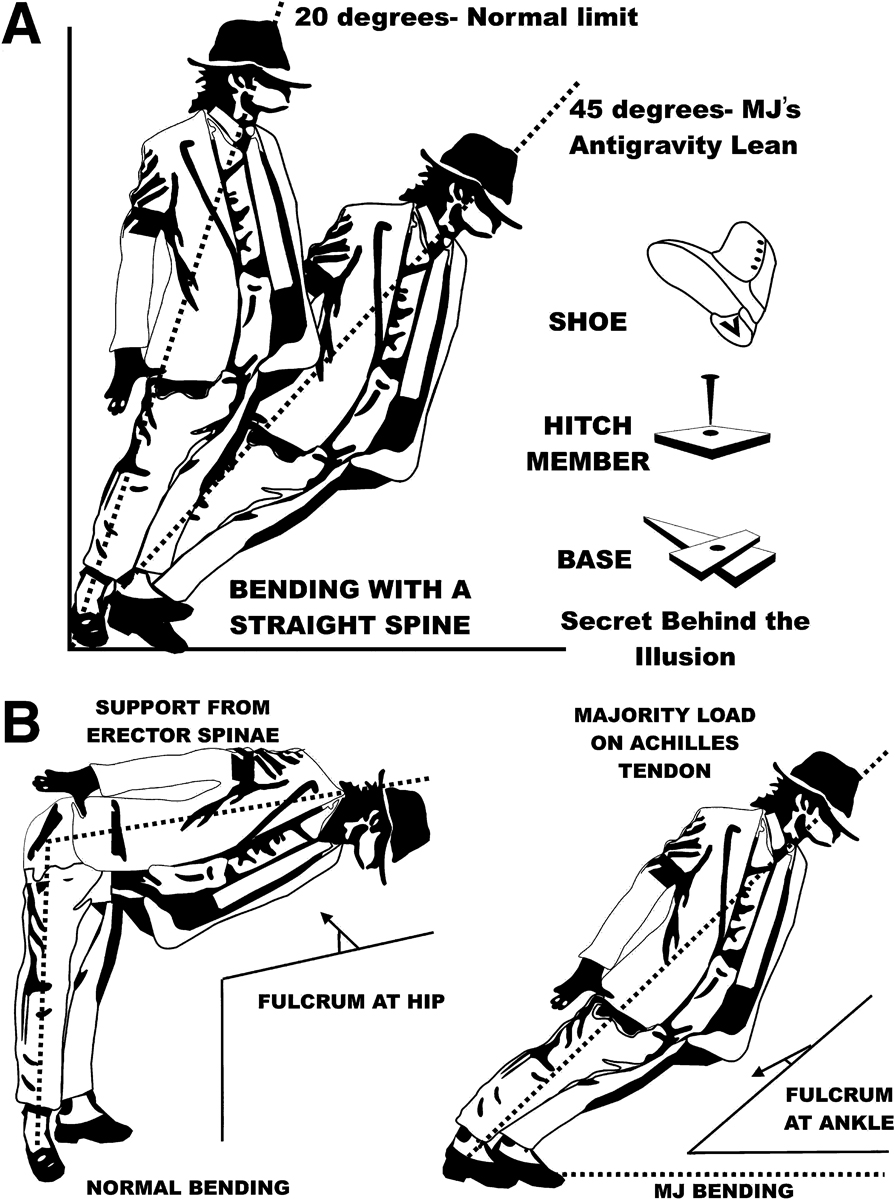 Figure A shows the Antigravity Tilt (a 45-degree forward bend) and the normal limit that most people can bend forward. Jackson used shoes with a slot that slid onto a bolt in the floor. Figure B shows the shift when the body’s fulcrum is the hip and when it’s the Achilles’ tendon. (Illustration courtesy of Manjul Tripathi)

Jackson’s sleight of foot inspired generations of dancers who push the limits physically. This has resulted in spinal stresses not previously seen by neurosurgeons.

This is not to point the finger at Jackson. But it does suggest the reality that injuries can occur that might require implant spinal surgery, the article says, something potentially devastating to a dancer.

But it’s not all bad news — neurosurgeons have gained a lot of new information on how to treat spinal cord injuries in recent years, something that could be in part thanks to MJ’s envelope-pushing dance moves.

“The King of Pop has not only been an inspiration but a challenge to the medical fraternity,” Tripathi says.

How DNA Testing at the US-Mexico Border Will Actually Work