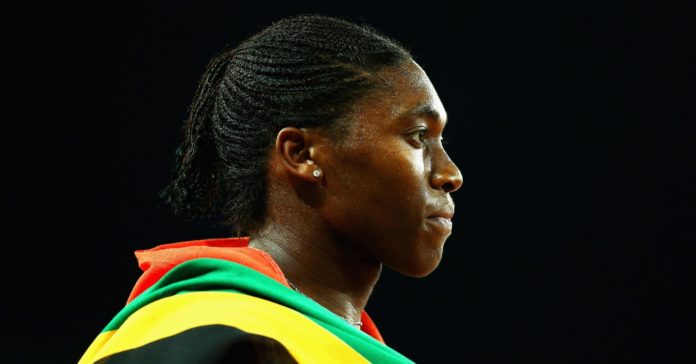 Elite athletes are always looking for an edge. Anything—a better training program, new equipment, improved nutrition—is worth the chance to shave off a few milliseconds. Some athletes are simply born with a natural advantage over their competitors, like tall basketball players and high-altitude marathoners. But as biological science progresses, it’s possible for athletes to mimic those native abilities through careful intervention. And it’s up to sports officials to regulate those innate and acquired advantages.

Last week, officials at the International Association of Athletics Federations, track’s governing body, made a controversial decision about one attribute in particular: high testosterone. In a 22-page ruling, the IAAF said that women who have more than 5 nano-mols per liter of testosterone in their blood—like South African sprinter and Olympic gold medalist Caster Semenya—must either compete against men, or take medication to reduce their natural testosterone levels. In so doing, they’ve drawn a parallel between natural enhancement and the illicit benefits gained from cheaters such as the East German women who were dosed with testosterone in the bad old days of the sports Cold War.

Testosterone is a hormone that helps build the kind of explosive muscle power that is good in sprinting shorter distances. The IAAF says women in the five-plus category have a “difference of sexual development”—a condition known as “hyperandrogenism.” (The high end of the natural testosterone range for women is 1.79 nm-L.) The ruling cited a 2017 study by French researchers as proof that female athletes with testosterone closer to men do better in certain events: 400 meters, 800 meters, 1,500 meters, and the mile. “Our evidence and data show that testosterone, either naturally produced or artificially inserted into the body, provides significant performance advantages in female athletes,” said IAAF President Sebastian Coe in a statement.

But a closer look at the study reveals that statement is open to interpretation. The French study, conducted by Stéphane Bermon of the University of Nice and funded by the IAAF, analyzed 2,127 tests taken from female and male competitors at the 2011 and 2013 world track championships. Bermon found that women with the highest levels of testosterone performed slightly better (1.78 percent to 2.73 percent) than those who were in the “normal” range. But the study found that the biggest performance differences were between female competitors with high and low T in the pole vault and hammer throw—two events that the IAAF decided not to regulate. At the same time, it found that male pole vaulters and hammer throwers had lower testosterone than the male sprinters. That means that the study shows high levels of testosterone was affecting male and female athletes differently, depending on the event.

To critics of the IAAF decision, that outcome seems fishy. They say the French study shows association between testosterone and performance (in some events) rather than causation. They note that the natural advantage of men over women in these track events is much larger, from 10 to 12 percent.

The solution? “Take it out of the hands of the IAAF and give it to someone more honest, like the International Olympic Committee,” says Peter Sonksen, professor emeritus of endocrinology at the St. Thomas Hospital and King’s College, London, and lead author of an January editorial in the same British Medical Journal denouncing the French IAAF study. Sonksen says that the French study—written by Bermon, who is also a member of the IAAF, and the federation’s medical director—showed bias by cherry-picking results. “It’s simple really, anyone born and reared as a girl/woman should be treated as a woman,” Sonksen wrote to WIRED in an e-mail.

At the 2016 Rio Olympics, Semenya won the gold medal in the 800 meters, and things got ugly. Some of her competitors complained that she’s not a “real” woman: Scottish Olympian Lynsey Sharp, who finished sixth, she said there were “two separate races.”

Semenya won that race by 1.18 seconds, or 1 percent faster than the runner-up. And citics of the IAAF decision say that the benefit isn’t big enough to warrant the new policy. “It’s not that there’s no effect of testosterone on athletic performance, but it doesn’t provide the kind they complain about,” says Katrina Karkazis, a bioethicist and visiting fellow at the Yale University Global Health Justice Partnership. “This isn’t doping. Everyone agrees that doping is cheating,” Karkasis says. “I don’t think we have got to the point where natural physiological traits are cheating.”

The IAAF ruling goes into effect Nov. 1, and unless overturned, Semenya will have to begin taking the female sex hormone, estrogen, to reduce her testosterone levels—or hang up her running shoes.