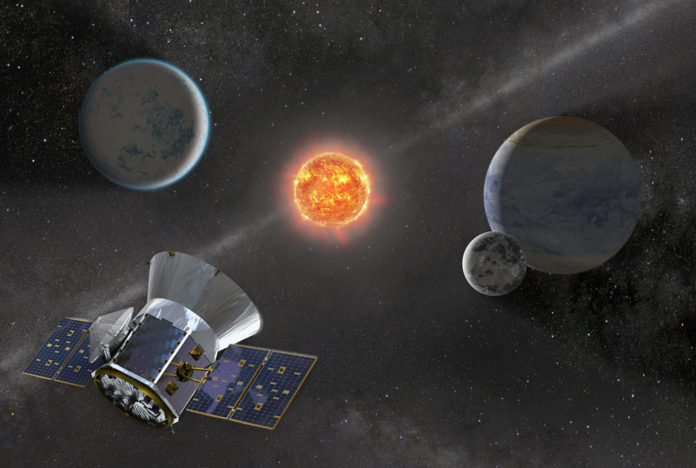 Sometime this spring, if all goes as planned, a SpaceX Falcon 9 rocket will carry the Transiting Exoplanet Survey Satellite (TESS) into space. Once in “high-Earth” orbit, the satellite’s instruments will scan the entire sky, hoping to find small planets outside our solar system. The main targets are potentially habitable worlds that are relatively nearby, within a few hundred light-years.

But the mission’s scientific objectives aren’t the only historic part: TESS also stands out because of the orbital path it will follow around Earth, blazing a course through space that no craft has ever flown. Thanks to the orbit’s elongated elliptical shape, says TESS principal investigator George Ricker of MIT, “we can stay away from Earth during observations and get close to Earth to transmit our data, once every 13 or so days.”

These and other orbital attributes will get TESS exactly where it needs to be — with relatively little expenditure of energy and money. That has caught the attention of scientists planning future space missions. It’s a unique orbit that, if not groundbreaking, is certainly “spacebreaking.”

GizmoCrazed - June 1, 2019 0
Guo Xinhua wants to teach computers to echolocate. He and his colleagues have built a device, about the size of a thin laptop, that...

NASA Flies to Africa to Study Climate Effects of Smoke on...

We Almost Gave Up On Building Artificial Brains